The Impact of Heat and Vibration on the Density of Root Filings Produced by Lateral Compaction: A Comparative Study on Artificial Blocks and Natural Teeth Volume 2 - Issue 5

Background: Cold lateral condensation due to its simplicity and the high control it offers over the apical gutta-percha placement is among the most popular and widely used methods of root canal filling. One of the main limitations of this technique is that it allows gaps to form, often resulting in a high percentage of sealer along and between the cones, especially in the apical area.

Methods: Forty acrylic blocks and 40 single-rooted extracted teeth were instrumented using ProTaper® rotary files up to F3. The canals were laterally compacted with gutta-percha, weighed and subjected to warm lateral compaction followed by vibrating-warm lateral compaction. The teeth and blocks were re-weighed following each phase. The added gutta-percha in each phase was compared with the control (cold lateral compaction). The Wilcoxon Signed Ranks test and the Mann-Whitney test were used for statistical analysis.

Three-dimensional obturation of the root canal system is a hallmark of root filling quality [1]. Gutta-percha is widely used for this purpose because of its biocompatibility, dimensional stability and plasticity when warmed. Various methods of vertical warm compaction have been widely applied and studied [1-4]. Nevertheless, due to its simplicity and the high control it offers over the apical gutta-percha placement, cold lateral compaction is still among the most popular and widely used methods of root filling [5,6]. One of the main limitations of this technique is that it allows gaps to form [7], often resulting in a high percentage of sealer along and between the cones, especially in the apical area [8-10]. In case of coronal leakage, bacteria will penetrate through the gaps of obturation and contaminate the pulp space within few weeks' time according to the available literature [11,12]. Additionally, if sealer presents with high solubility or contraction during setting, newly created voids in the mass of the root filling or along the canal wall may form, which, may allow further leakage and provide additional pathways for bacterial penetration [13,14].

Teeth and Artificial Blocks: Forty maxillary incisors and canines were selected from a random collection of recently extracted teeth that were kept in a 0.5% thymol solution. Inclusion criteria included teeth with mature apices, with no cracks or caries and with no previous endodontic treatment. The crowns of the teeth were removed and the coronal part of the tooth was reduced by grinding with a diamond-coated high speed bur (Strauss, Raanana, Israel) to adjust all the root canals to a uniform length of 17 mm. Transparent acrylic blocks with simulated 17 mm root canals (n=40) were also used (Endo-Training-Blocks, 0.02 Taper, Dentsply-Maillefer, Ballaigues, Switzerland).

Root Canal Preparation: The canals, in natural teeth and simulated training blocks, were instrumented using ProTaper rotary files (Dentsply-Maillefer) which were applied according to the manufacturer's instructions and following the sequence of instruments to F3. Working length was determined 1 mm short of the apical end of the canal, which was verified with the aid of a #10 K file. Patency was maintained throughout the procedure by periodically passing a #10 K file through the apical foramen. The canals were irrigated, after each instrumentation, alternating between 1 ml of 2.5% sodium hypochlorite and 17% EDTA, which were applied using a syringe and a 25G needle. The canals were further instrumented to working length with a size #40 K file (Dentsply-Maillefer), irrigated and thoroughly dried with paper points. Each tooth or block was then weighed, using an analytical balance with an accuracy of 0.01 mg (XB 120A, Precisa, Switzerland).

Lateral Compaction Procedures: As the purpose of the study was to evaluate, by weighing, the amount of gutta-percha alone in the root canals, no sealer was used in any of the procedures [18,22,24]. The study was designed so that each filling produced using cold lateral compaction served as control for the subsequent procedures that were performed in the same canal.

Cold Cateral Compaction: A standardized size 40-45 guttapercha master cone (Dentsply-Maillefer), was placed to working length. Cold lateral compaction was performed, using a nickel- titanium B finger spreader (.04 taper, Dentsply-Maillefer) and No25 gutta-percha accessory cones (Dentsply-Maillefer). The spreader was inserted with apical pressure and a quarter of circular back-and-forth rotational movement, mimicking as far as possible a clinical procedure. The procedure was continued until the canal was completely filled and the finger spreader could no longer be inserted more than 1mm into the gutta-percha mass. A hot instrument was then used to remove the excess gutta-percha, so that it became flush with the canal opening. The tooth or block was then re-weighed and the weight of gutta-percha that each canal contained was calculated by subtracting the weight of the empty tooth/block from that of the filled one.

Warm Lateral Compaction: Warm lateral compaction was further applied to the same specimens, using the DownPak system (Hu Friedy) as a heat source. An F plugger tip (size 30 with a .03 taper) was used as a heat source and operated at 220oC. The tip of this heat source was inserted as far apically as clinically feasible for 3 sec, and then removed. This was followed by lateral compaction with a finger spreader that was applied as above. Accessory cones were used to complete the obturation, and the excess gutta-percha was removed with a hot instrument, as above. The specimens were then re-weighed and the weight of gutta-percha in the specimen after this additional procedure was calculated as above.

Vibrating-Warm Lateral Compaction: The same heat source was again applied, but this time augmented by vibrations. Lateral compaction was performed as above and excess gutta-percha was removed until it was flush with the canal orifice. Each tooth or block was weighed again and the amount of gutta-percha it contained in its canal after this additional procedure was calculated, as above. The force applied to the finger spreader in all the above procedures was similar to that applied in regular clinical procedures. It was measured in a preliminary experiment and was no greater than 2.5 kg. All procedures were performed by a single operator who was an experienced endodontist.

The amount of gutta-percha contained in the canal after the different procedures in the artificial training blocks was compared using the paired t-test. As the results of similar comparisons in natural root canals did not have a normal distribution, their comparison was made using the Wilcox Signed Rank Test. The relative (%) increase in gutta percha weight in the canals of the artificial blocks and the relative (%) increase that occurred in the natural canals were compared using the Mann-Wihtney Test. Significance levels were set at p< 0.05. SPSS-IBM statistics 19 software was used. 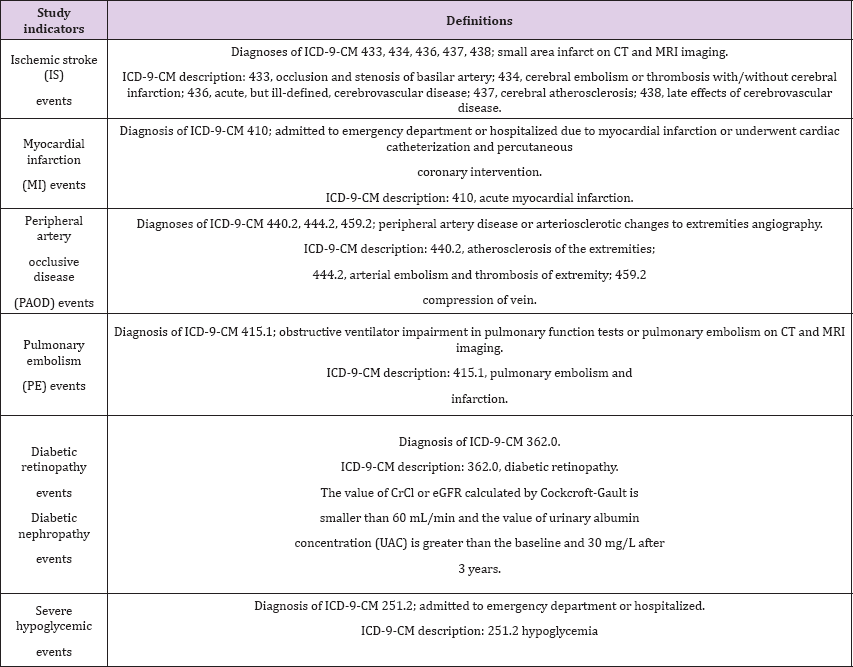 a Weight of gutta-percha in mg

Natural Teeth vs. Training Blocks: A similar relative added value of warm lateral compaction in training blocks and natural teeth was recorded: +23.5% and +25.0%, respectively (p>0.05). Application of an additional vibrating-warm procedure in natural canals resulted in a total improvement of +53% compared with the cold lateral compaction, whereas in the artificial canals of the training blocks a lower total improvement of +33% was recorded (p<0.001).

Sealer is the weak, yet irreplaceable link in the chain to a long- lasting successful obturation. The thicker the sealer is, the more leakage is expected, and that may negatively influence the outcome [26]. Thus, most obturation procedures aim at filling as much of the pulp space volume with gutta-percha, and also minimizing the amount of sealer [27]. This may be achieved by the wedging effect of spreaders when performing lateral compaction or by thermoplasticizing the gutta-percha to enhance its flow under vertically applied pressure [8,10]. Warm gutta-percha techniques gained popularity, among other reasons, owing to their optimizing the amount of gutta-percha to sealer ratio [8,9]. Nevertheless, the difficulty in controlling the apical placement of the softened guttapercha is one of the drawbacks of this technique [2]. The present results indicate that the addition of adding a heat-softening element to a lateral compaction procedure may bring the results closer to the aforementioned goal and that a combination of heat with vibration may further enhance the obturation results. Nevertheless, it goes without saying that in a clinical situation, sealer must be used with all of the techniques. In this work, no sealer was used in order to eliminate influencing factors that would complicate methodological approaches such as standardizing the volume of sealer, as reported by others in the literature [28,29].

The main difference between the present study and all previous ones mentioned above is in the use of natural teeth. This was especially evident after the second application of heat and vibration, which increased the amount of gutta percha in natural teeth by 22.5%, as compared to improvement by 8.0% in the artificial canals. Artificial canals in acrylic training blocks are designed to be effortlessly manipulated and filled compared with natural teeth. These artificial canals will commonly have a canal preparation which ends up in a uniform, round, conical and symmetrical shape. Root canals in natural teeth, on the other hand, are different and often have oval cross sections and irregularities [30]. Such anatomy may explain the significantly higher additive effect that was found with vibrating-warm technique in the natural canals in the present study. The heat softening of the gutta-percha, combined with the vibration most probably allowed the gutta-percha to flow into irregularities that were not reached when cold lateral compaction alone was applied, thus increasing the amount of gutta-percha in the same canals by a total of 53%.

It is important to note that this was achieved while using the finger spreader with no excessive force, compared to normal clinical procedure. Such an explanation is consistent with the results of Kulide et al. [30] who have found that warm lateral compaction augmented with vibrations and warm vertically condensed injectable filling techniques were superior to warm vertical techniques or warm lateral techniques without vibration in filling artificial grooves in the canal wall. The present results strongly support

b) The use of heat source and preferably vibrating heat source to augment a lateral compaction procedure and result in densier-filled root canals. In a future study, it will be of interest to compare the present results with those that may be achieved in natural teeth vs. artificial blocks when using other thermoplasticized gutta-percha methods, such as various vertical compaction methods. It will be also of special interest to test these methods in natural teeth which were intentionally selected for their oval canals.