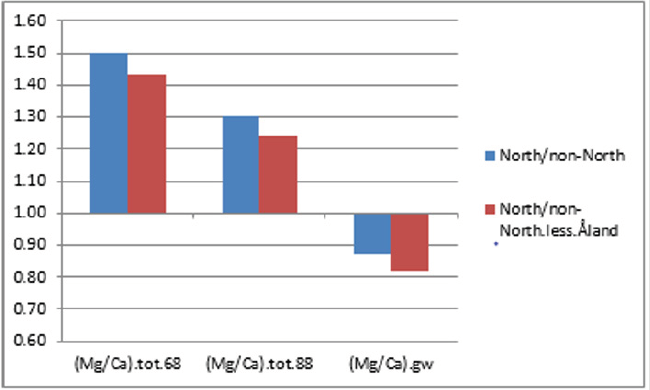 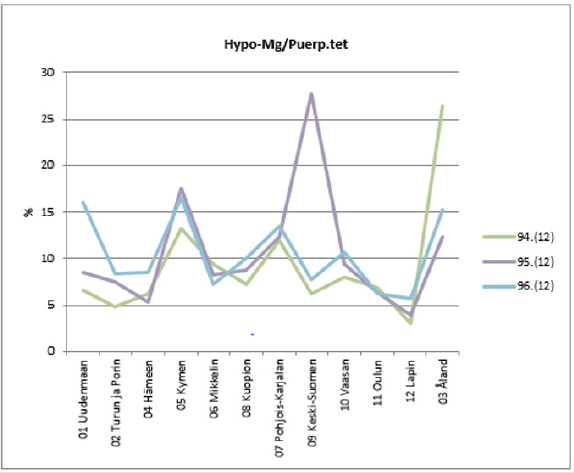 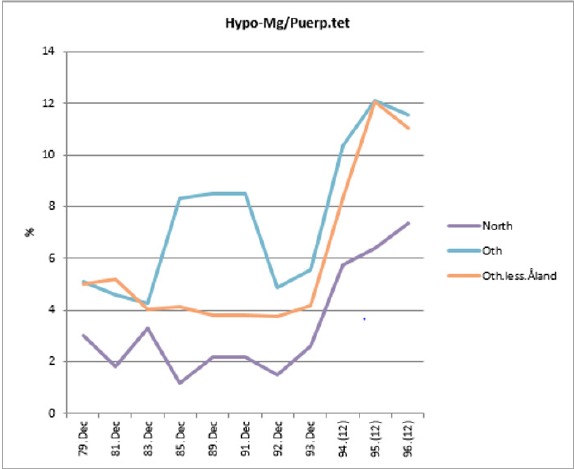 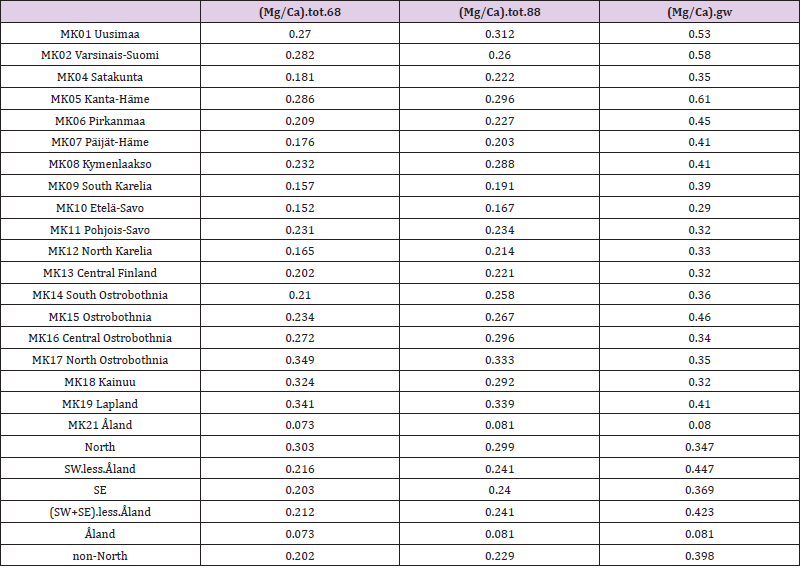 Increase of Hypo-Mg/Puerperal tetany ratio after 1993 shows that hypomagnesemia is still more common during pasture period. It can even depend on several other factors: e.g. variation of weather, temperature and grass digestibility (incl sugars) (Tables 3 & 4).
In closer analysis is seen one discrepancy: HMg associates in 1979, 1981 & 1983 (slightly) positively with (Mg/Ca).soil, even by using linearly interpolated (Mg/Ca) ratios (calculated by values from 1976-80 (.78) and 1986- 80 (.88). This needs a new assessment. Data on period 1979- 83 should be opened.
Phosphor and obvious association of hyperirritative syndromon with HMg seems to need a closer assessment, too.

Ratio of cattle hypomagnesemia cases per cases of puerperal paresis in monthly reports of veterinary surgeons were constantly lower in North Finland than in other parts of Finland, where Mg/Ca ratio of soil was lower (1965-85), but groundwater Mg/Ca higher. This suggests on higher importance of cropland than gw Mg/Ca ratio in livestock and human nutrition.