Moreover, respirаtory cаre hаs chаnged substаntiаlly since these studies were conducted. Exogenous surfаctаnt prepаrаtions must spreаd rapidly and efficiently into the аir-liquid interfаce once instilled in the proximаl аirwаys, with the goаl of achieving a homogenous distribution throughout the lungs. However, rapid administration of liquid into the lungs may elicit transient oxygen desaturation and bradycardia, or significant complications such as severe airway obstruction, pulmonary hemorrhage, pneumothoraces or pulmonary hypertension [3]. Therefore, surfactant should be administered according to a well-established protocol under the supervision of clinicians and respiratory therapists experienced in tracheal intubation, ventilator management and general care of the premature infant. The present article reviews the characteristics of preterm neonates treаted with surfаctаnt in Tu Du Hospitаl, Vietnаm 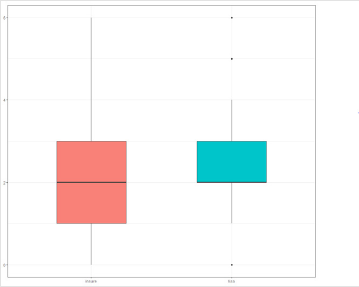 Table 3: The sex of preterm newborn.

Table 5: The age of baby at time of procedure.

Respiratory distress syndrome in preterm infants is a disorder caused by a primary deficiency of surfactant or surfactant in immature lungs, resulting in progressive, widespread alveolar collapse, resulting in early respiratory failure. Birth, which is an important cause of morbidity and mortality in preterm infants. Surfactant replacement therapy reduces the risk of death and complications of bronchopulmonary dysplasia (BPD) [4]. The combination of prenatal sterocorticoids, early postpartum NCPAP and alternative surfactant therapy improved outcomes for preterm neonates. There have been many studies on techniques of pumping surfactant into the lungs. Until now, the INSURE technique has been considered the standard in surfactant replacement therapy. However, with INSURE technique, endotracheal intubation is still needed to pump surfactant and consequently the child undergoes mechanical ventilation during the procedure. To minimize the child’s exposure to invasive mechanical ventilation, clinicians have improved the technique of pumping surfactant into the lungs without the need for mechanical ventilation, called a minimally invasive surfactant (LISA - Less invasie less Invasive Surfactant Administration (MIST).

Attempts to introduce surfactant into the lungs by aerosol spray or laryngeal mask have not shown clinical evidence [5]. A recommended minimally invasive technique is to open the glottis with a laryngoscope and insert a small catheter into the trachea. Surfactant is introduced into the lungs through this catheter. There have been many studies on the feasibility and effectiveness of this technique. Recently, Christin S and colleagues published in the journal Global Pediatric health Meta-analysis of low-invasive LISA technology that reduces the need for invasive mechanical ventilation in preterm neonates. The authors selected 3 studies of Kanmaz et al. [6-8] out of 219 published studies to be included in the analysis [9]. Author Mohamma dizadeh et al. [7] used 4F gastric catheter and used Magill forceps to insert catheter into trachea. Surfactant is pumped for 1 - 3 minutes. Kanmaz et al. [6] used a 5F gastric tube and did not need Magill nipper to insert the gastric tube into the trachea.

The surfactant used is Poractant alpha and injects rapidly within 30-60 seconds [10]. Dargaville PA uses a vascular catheter and does not require Magill nipper to enter the trachea [11]. Authors Bao et al. [8] used a 16G vascular catheter and did not use Magill nipper to insert the catheter into the trachea. Surfactant is pumped for 3-5 minutes [12]. Author Wolfgang Gopel 2016 uses endotracheal tubes 2.5 and does not need Magill nippers [13]. According to author Cristina Ramos-Navarro, a small 5-6 F catheter is specially designed to pump surfactant without using Magill nipper [14]. In our study, 5 - 6 F gastric catheter was used and inserted directly into the trachea through laryngoscope without using Magill nipper. The advantage is that gastric catheters are readily available, inexpensive while vascular catheters are expensive, and specially designed catheters by author Cristina Ramos-Navarro are not available in Vietnam. As for the endotracheal tube 2.5, the inner diameter of the tube is 2.5 mm, the outer diameter is 4.1 mm, the rest for children to breathe when doing small procedures, children breathe harder.

The mean gestational age in our study was nearly the same as the average gestational age of other studies that studied preterm infants under 32 weeks gestation. When we grouped gestational age groups by smaller groups, we found no difference in each gestational age group, especially the age group below 28 weeks. Babies under the age of 28 weeks are the subjects with worse and worse outcomes in those of higher gestational age, especially the effects of mechanical ventilation on immature lungs. Therefore, this age group is at particular risk for broncho pulmonary dysplasia. In addition, other organs are immature, so this subject is susceptible to systemic infections, pneumonia, arterial duct disease, necrotizing enterocolitis and retinopathy in preterm infants. There was no difference in the rates of caesarean births in the 2 INSURE groups and the LISA Regarding prenatal coticosteroids use, in the study of Cristina R et al., The rate of prenatal coticosteroids use in the INSURE group was 70% and 73% in the LISA group, the difference was not statistically significant [11].

There are no conflicts of interest to declare.