Insects are the largest and widely distributed group of animals and contain high quality essential fatty acids, proteins and minerals. Insects, which relieves pain, can play a key role in anti-inflammatory responses by inhibiting inflammatory mediators and are used as a medicine for the treatment of inflammatory diseases. We hypothesized that potential insects and their main ingredients regulates airway inflammation and asthma and can be developed as therapeutic drugs for the treatment of asthma. In our review we try to show the potential usefulness of insects and fatty acids in searching for new therapeutic solutions for allergic diseases. We summaries the knowledge about properties of insect fatty acids to indicate usefulness of knowledge about insect fatty acids in drug design. The field of possible using of insect and their fatty acids delivered to therapy of various human allergic diseases is still not sufficiently investigated. Undoubtedly, more attention should be paid to insects and their fatty acids due to searching new therapeutic agents in allergic disorders.

Insect medicine is an old ancient medicinal concept that is still used in Asia. It can be understood as the traditional animal species medicines, including the dried animal bodies, secretions and processing natural products of medicinal insects. Entomotherapy is the use of insects as medicines and is an important complementary and alternative to modern therapy in many parts of the world [1]. One of the most considerable differences in the drug materials in East Asian traditional and modern scientific medicines is the use of insects [2,3]. Nutritionally, insects are high in protein and fat compared with typical dietary items like fruit and vegetation. In small quantities, they may serve to provide important fatty acids. It is well known that insects are not only selected based on their environmental availability, but also their nutrient composition. Insects can play a key role (in anti-inflammatory responses by inhibiting (secreting) inflammatory mediators) in the diet of many nations. Their high nutritive value is mainly determined by a high content of protein, essential fatty acids, vitamins, minerals and other bioactive substances [4]. 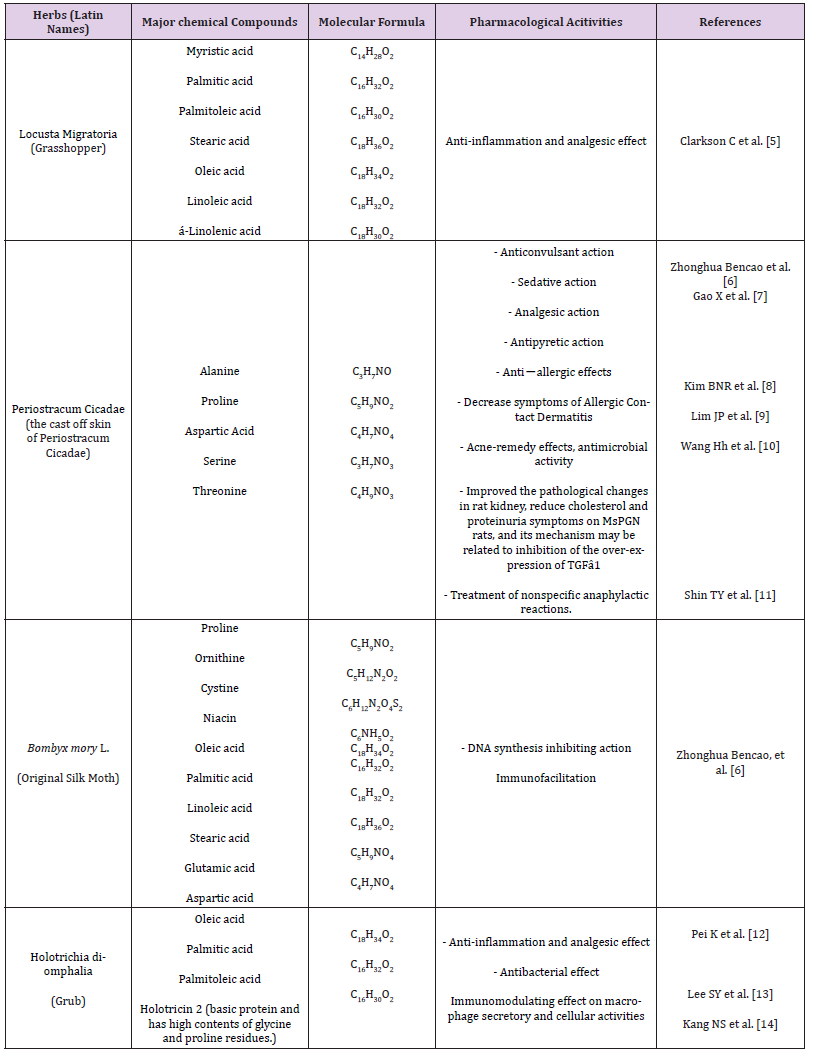 Table 2: Summary of major fatty acids and their biological activities in the development of lung diseases like asthma or COPD. 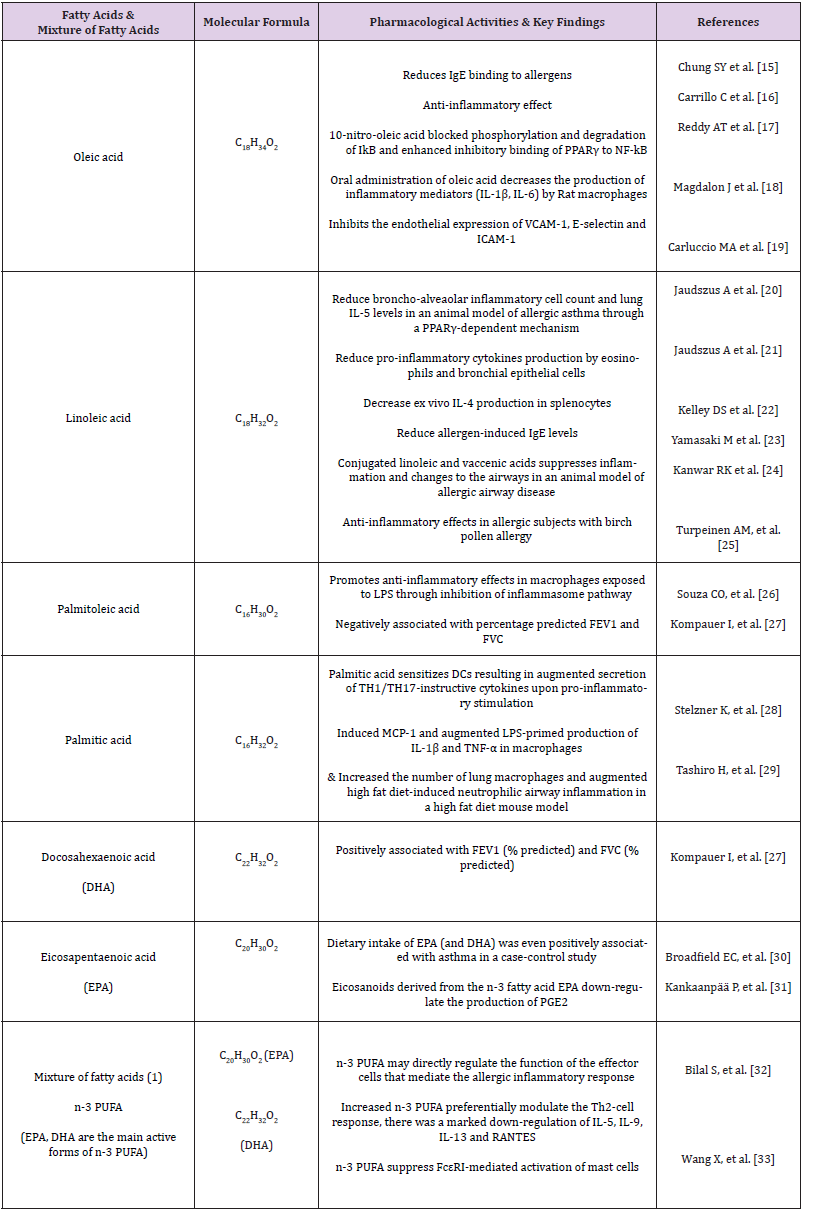 Therefore, above results provide evidence about the potential usefulness of the mixture of fatty acids from medicinal insects in allergic disorders. Overall, fatty acids have various roles in the way they affect the immune system and allergic responses and no single dietary fatty acid is suitable for treating allergic disorders. It is necessary to conduct more large scale studies with relevant animal models to arrive at meaningful recommendations for various fatty acid interventions for clinical usefulness. Further scientific research will be accomplished. This issue is and will be subject of work of many researchers from different areas.

This work was supported by the National Research Foundation of Korea (NRF) grant funded by the Korea government (MSIT) (grant number 2016R1A2B4006269).