Background/Purpose: The aim of this study was to evaluate the effect of nano-honey containing calcium compounds on restoration of tooth socket.

Material and Methods: Based on the placed substance on tooth socket, the samples were divided into two treated groups including nano-honey, nano-honey with calcium compounds and control group in which receiving no substance. Eight weeks of post-treatment, biopsy was performed and the type of epithelium, the type of connective tissue, the degree of inflammation, and the type of the bone in the alveolar crust were histologically compared between all groups.

Results: Histological examination of 9 lamella of tooth sockets has revealed that there was no relationship in soft and hard tissue restoration between both treated group compared to the control group. The epithelial tissue in nano-honey contains calcium compounds group consisted of 33.3% normal epithelium and 66.7% squamous epithelium. The results have shown that both the nano-honey and control groups consisted of 33.3% fibrous and 66.7% granulation tissues. It has been observed that in nano-honey containing calcium compounds group, the inflammation rate was less than 10 in 66.7% of the cases and it was between10-30 in 33.3% of the cases. Examining the bone type in the alveolar crust has illustrated that it was seen that there was no normal bone and resorption in nano-honey containing calcium compounds group. In case of nano-honey and control groups, 33.3%normal bone and66.7% resorption were observed.

Conclusion: The findings of the present study have revealed that applying calcium compounds along with nano-honey leads to a better therapeutic effect

Tooth loss is an age-related complication. It is quite pervasive due to extensive caries, gum sickness, injuries and fractures [1]. Tooth removal is an operation bringing about an injury in both the delicate and hard tissues [2]. By removing a tooth, the encompassing alveolar bones experience a progression of ruinous and inflammatory processes [3]; hence its normal recovery is related with critical loss of vertical and horizontal dorsal alveolar bone [4,5]. The lost tooth is replaced in order to restore the proper functioning. Several approaches are currently applied to replace the missing tooth, such as inserting an implant which requires presence of sufficient amount of bone in the desired location [6]. Thus, restoration of tooth socket is necessary to maintain alveolar ridge height and width. Several solutions have been suggested to reduce and minimize osteoporosis and accelerate restoration process of post-tooth removal, including the use of synthetic bone marrow material, autologous connective tissue, a plasma rich in growth factors (PRGF) at the tooth extraction site as well as various drugs and substances [7].

The best approach to maintain and accelerate tooth socket restoration. is application of bone grafting. Nevertheless, due to the difficulties and limitations of this method, more easier and expanded methods are being investigated. Commonly used medicines have various complications and are harmful to humans. Recently, there has been a growing interest in medicines and natural products leading to their use in many areas of dentistry [8]. Application of artificial biomaterials, such as hydroxyapatite, in the restoration of lesions of hard tissue of the bone is one of the main interests of researchers. Hydroxyapatite is widely used due to its high biocompatibility and osteoconductivity properties. Various studies have shown the significant effect of this material on accelerating the repair and increasing bone volume [9,10]. On the other hand, honey is a substance that has been used by men for the treatment of wounds. According to studies, honey has an antimicrobial activity against oral pathogens and draws moisture from the environment and therefore protect the wounds.

Honey has an inhibitory effect on 60 bacterial species, including aerobic, anaerobic, gram positive and gram negative bacteria. Moreover, due to its high viscosity, it also provides a protective barrier to prevent infection [11]. Its lmmunomodulatory characteristic is associated with its wound healing property; therefore, its application in on wounds helps preventing infections and increases the repair pace [12-14]. Studies have shown that applying honey on wounds significantly prevents infections and increase the speed of repair [15]. Few studies have reported the effect of honey and hydroxyapatite on increasing the magnitude of newly formed bone trabeculate and accelerating bone tissue repair. However, to our knowledge, the effect of nano-honey containing calcium compounds on dentin socket restoration is yet to be investigated. Thus, the purpose of this study was to evaluate the effect of nano-honey containing calcium compounds on restoration of tooth socket.

As its solvent honey content is of organic materials produced by cell-gel method in the porous and ferruginous state where calcium phosphate is loaded. The cytotoxicity of the scaffold was investigated by Multi Interface Test Tool (MITT). After 8 weeks of treatment, biopsy was performed and prepared for histological examination. Biopsies were treated with 10% formalin and then 10% formaldehyde and decalcified and longitudinal sections. For routine H & E staining, tissue sections were cut into 4 mm thick slices in at least 4 serial sections. The sections were evaluated using a light microscope (Olympus, Japan) with various magnifications. The examined variables which were used to evaluated for evaluation the restoration included the type of epithelium, the type of connective tissue, the degree of inflammation and the type of the bone in the alveolar crust (Tables 1-4).

Analysis of the data obtained from the pathologic study of 9 lamella of tooth sockets studied has revealed no relationship between the effect of nanohoney containing calcium and nanohoney alone on hard and soft tissue restoration compared to the control group. In this study, four types of epithelium, connective tissue type, inflammation rate and type of bone marrow of the alveolar crust have been investigated. More accurate interpretation of the data analysis has illustrated that epithelium in nano-honey containing calcium compounds group consisted of 33.3% normal epithelium and 66.7% squamous epithelium (Figure 1A). However, in the group treated with nano-honey alone and the control groups, 66.7% of the cases consisted of squamous epithelium, while in 33.3% of the cases, no epithelial formation was detected (Figure 1B) and (Table 1). In addition, examination of the type of connective tissue has revealed that both the nano-honey alone and control groups consisted of 33.3% fibrous tissue and 66.7% granulation tissue (Figure 1B), whereas nano-honey contains calcium compounds group consisted of 66.7% fibrous tissue and 33.3% granulation tissue (Figure 1C) and (Table 2).

d. Measuring the level of inflammation has shown that in nano-honey containing calcium compounds group, the inflammation rate in 66.7% of the cases was less than 10 (arrow). Hematoxylin and eosin staining. 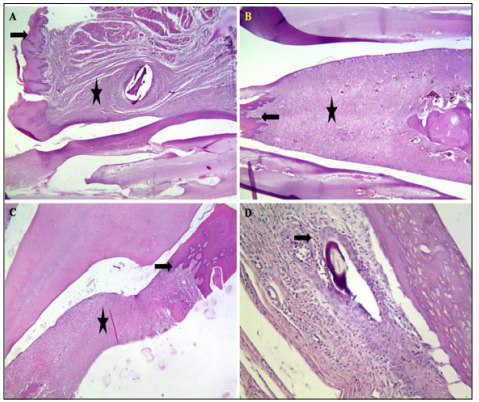 Table 4: Types of bone in alveolar crust in various groups.

The present study has investigated the effect of nano-honey containing calcium compounds (hydroxyapatite) on the restoration of tooth socket of rabbit. Many studies have examined the effect of various scaffolds on tooth socket restoration, however no study has been performed to investigate the effect of simultaneous treatment with nanohoney and hydroxyapatite on hard and soft tissues restoration. Since therapeutic measures are complex and costly, the present study was designed to improve therapeutic measures which are needed to maintain and rebuild the alveolar bone of tooth socket. Thus, the present study is applied and innovative. The combination of honey and hydroxyapatite has been considered as an effective treatment in this study. Multiple healing properties of honey have been determined bye several animal and in vitro studies.

Honey, in addition to its antibacterial properties, stimulates the formation of cranial and epithelial tissues as well as angiogenesis. It also prevents wound drying by providing a damp environment [16- 18]. Moreover, the phenol substance of honey are responsible for its antioxidant effects. Phenolylate substances reduce the amount of compounds, including reactive oxygen species, produced in the wounds, inflammation following the function of neutrophils and macrophages as well as the damage to the surrounding tissues [19]. Hydroxyapatite is widely used as a bone replacement component due to its bone-like composition [20]. Hydroxyapatite stimulates the process of differentiating mesenchymal stem cells into osteoblasts [21]. The findings of the present study have reported that there was no significant relationships between the effect of nanohoney containing calcium compounds on soft tissue repair and dental hardness (p value = 1).

However, more accurate analysis of the data has shown low levels of inflammation and resorb of the alveolar bone in the group of nano-honey containing calcium compounds were lower compared to other groups. Moreover, Peymani et al. has reported the positive effect of sterile honey on soft and hard dental tissue repair [22]. Nevertheless, based on the findings of the present study application of nano-honey alone did not include any posetive effect on hard and soft dental tissue repair. Furthermore, in a study performed by Jull et al. to study the effect of honey on the rate of repair of acute and chronic wounds, it was found that honey would reduce the time to repair of the mild to moderate partial thickness and superficial burns [23]. Since, the findings of the present study indicated that calcium compounds slightly extended the effect of nano-honey, it can be concluded that the therapeutic effects of nano-honey is enhanced when applied along with calcium compounds. This finding supports that of the previous study conducted by Machida et al. who have examined the effect of hydroxyapatite on dentate restoration of mouse incisors.

They have found that hydroxyapatite fibers positively affect the dental hard tissue repair [24]. However, the findings of the present study are contrary to those of the study performed by Sotto Maior et al. Who have investigated the effect of hydroxyapatite on the rate of muscle femoral repair. The results of their study have indicated that hydroxyapatite had no significant effect on initial bone remodeling [25]. This contradiction could be due to difference in the studied targets affected by hydroxyapatite. Furthermore, some studies have examined the effect of adding hydroxyapatite to scaffolds such as PCL/GE, on hard tissue formation in rat [26] Ba Linh et al. have found that cell viability, proliferation and cell-surface attachment were enhanced in responce to the increased amount of hydroxyapatite in the scaffold. Their results are consistent with those of the present study, confirming the role of hydroxyapatite in improvement of hard tissue repair [26]. More detailed analysis of the obtained data in the present study has indicated that nano-honey in combination with calcium compounds enhanced the formation of normal epithelium in dental socket.

However, the results of a study performed by Hemalathai et al. have indicated that application of honey alone positively affected restoration of soft tissues consistent with Turn Bull, Landry, and How Ley indexes [27]. In addition, Okeinyi et al. have reported that duration of repair of abscess wounds was reduced by the use of honey dressing [28]. Given that this study was performed on rabbits, further studies are required to investigate the effects and safety of this substance in humans as well as its clinical application. Furthermore, the addition of osteoconductive materials and stimulating bone formation to namo-honey scaffolds containing calcium compounds is recommended in order to enhance its effect on improvement of hard tissue repair.