Discussion: SCB and CB agonist are easily accessible in many parts of the world or via internet. Its neurotoxicity can be potentiated by chronic methamphetamine use. Although some reports suggested CB agonists have anti-epileptic benefits, we believe the risks and benefits of SCB and CB agonists require more cautious evaluation.

Conclusion: Inhalation of SCB or CB agonist can cause rapid generalized seizures and potential coma, especially with concurrent use of methamphetamine. Clinician and general public should be made aware on the severity of its health risks even with low-dose use.

“Ganesha,” a new form of synthetic cannabinoids (SCB), has becoming a popular alternative to the cannabinoids (CB) [1]. CB-use has been supported by recreational advocates for its potential on pain control, anti-inflammatory, and anti-epileptic effects [2]. However, its adverse effects are growing concerns [3,4]. SCBs act as CB-agonists and should be used with caution. The death rates associated with SCBs have been rising with their popularity [3]. Due to inconsistent means of production and ingredient data, health risks of SCBs are difficult to predict. To date, typical presentations of CB-agonist toxicity ranges from nausea, vomiting, agitation,drowsiness, and tachycardia in mild cases to psychosis, myoclonus, seizures and coma in severe cases [4]. However, these responses are not predictable, especially when mixing with drugs such as methamphetamine, a popular sympathomimetic psychostimulant. Although delayed-onset of seizures have been documented to associate with SCBs [4], rapid onset has not been reported. We report a case of low-dose Ganesha inhalation triggering immediate seizures with acute mental deterioration followed by delayed bradycardia.

A 36-years-old healthy male was brought in by ambulance for generalized seizures following two inhalations of SCB, “Ganesha”. Collateral history confirmed the following: 1. profuse vomiting following two puffs of Ganesha; 2. generalized tonic-clonic seizures developed within 3 minutes, with four-limbs thrashing, body twitching, and eyes rolling back; 3. Fluctuating mental status with agitations, Glasgow Coma Score (GCS) range between 3 and 9. Each of the three lasted 3-4 minutes and was not accompanied by postictal incontinence. Intravenous midazolam 2.5mg was given for agitations during transfer, but with little effect. Within 30 minutes of ED arrival, his GCS dropped to 6 (E1 V1 M4) without recovery. An uncomplicated intubation was performed with 100mg Ketamine and 100mg rocuronium. His initial vitals post-intubation were: weight, 95 kg; height, 192 cm; temperature (T), 37.2 ˚C; blood pressure (BP), 91/49 mmHg, heart rate (HR), 78 bpm, respiratory rate (RR), 12/min. BP improved to 112/62 mmHg with 1.5 L of fluid resuscitation. Sedation was maintained at Richmond Agitation- Sedation Scale (RASS) -4 with propofol infusion at 200mg/hr for agitation and airway security.

Full-body examinations were unremarkable. His has right hemicolectomy for bowel cancer at the age of 29. He takes no regular medications other than 2-year history of daily methamphetamineuse. He has 20-pack-year smoking history. Initial ECG was normal, (Figure 1). Chest X-ray (CXR) was clear. Non-contrast computed tomography (CT) of the brain and neck was normal. Full blood count, liver function, serum chemistry and serial arterial blood gas were unremarkable. Urinary drug screens tested positive for amphetamine, cannabinoid, and benzodiazepine, (Figure 2). He developed sinus bradycardia with rates of 39 bpm at 14 hours post-SCB inhalation. Boluses of atropine 600 mcg were required in ICU. The patient made unremarkable recovery on ICU day 2 and was successfully extubated. Unfortunately, he then self-discharged against medical advices and continued to use recreational drugs. 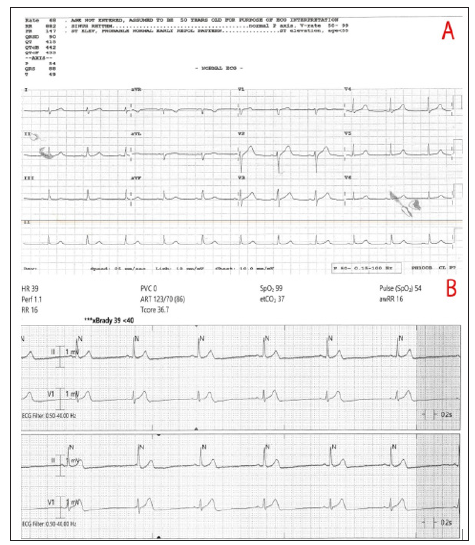 Figure 2: Positive urine drug results of amphetamine and cannabinoid metabolites confirmed clinicalhistory. Detection of benzodiazepine metabolites was secondary to midazolam use by paramedics.

Our case supports that SCB’s use can be dangerous. Rapid life-threatening seizures followed by acute mental deterioration can occur with low-dose Ganesha inhalations. Multi-substance cocktail by avid users complicates treatments for toxicity due to a combination of sympathetic and parasympathetic features. Proactive measures for SCB toxicity are sometimes required. SCB has been documented to cause convulsions; however, the onsets are usually delayed and triggered by higher-dose of use [4]. Activation of CB1 receptors by SCB or CB agonist has been postulated to control epilepsy [2,5]; this is contrary to our observation. While the observed seizure activities may be due to patient’s methamphetamine-use, typical features of sympathomimetic toxicity including tachycardia, hypertension, or cerebral ischemia were not observed [6]. On the other hand, chronic methamphetamine-use likely contributed to the low-seizure-threshold through dopamine-store depletion and damages on serotonin and dopamine neuronal transmissions [7]. Conflicting reports on SCB triggering tachycardia or bradycardia are noted [4,8]. We reported a suspected negative chronotropic effect from the use of Ganesha. We acknowledge propofol may suppress HR but only at much higher dose [9].

We demonstrated that Ganesha, a new form of SCB, have multiple serious adverse effects when used with methamphetamine. These risks include immediate seizures, CNS depression and potential respiratory depression, and suspected bradycardia following lowdose inhalation. It is therefore important for clinicians to prepare for these medical emergencies when encountering a patient with SCB toxicity.

The authors report no conflict of interest.