The human fetus undergoes rapid changes in every gestational week (GW). The fetus is to be monitored by an obstetrician for its healthy growth. An important organ that is to be monitored is the fetal brain. Fetal brain starts developing from the 3rd GW and continue to grow in its shape and structure [1]. Some of the abnormalities that may occur in the central nervous system (CNS) in the early stages are encephalocele, anencephaly, hydrocephalus and microcephaly [2]. To understand the pathology and structure of the fetus, non-invasive imaging techniques such as ultrasound (US) and magnetic resonance imaging (MRI) are used. MRI is more suitable to image soft tissues such as brain and also gives a high contrast image. Identification of brain abnormalities helps to make informed decisions like termination of pregnancy (TOP) or in utero fetal death (IUFD) [3]. Votino et al. [3] have estimated the brain volume using MRI and weight using autopsy of the fetal brain. Estimation of fetal brain at different GW helps to identify normal and abnormal brain growth [4,5]. Estimating the brain volume through MR imaging has become an accepted technique [6,7] In this paper, we propose a method to estimate the fetal brain volume from MRI of human fetus in the range of 20-38 GW by extracting the brain portion manually by an expert.

Figure 1: Slice terminology.
(a) Image matrix; (b) Stack of slices.

We used twenty volumes of retrospective T2 - weighted singleshot fast spin echo (SSFSE) MRI collected from Sri Ramachandra Medical University and Hospital, Chennai, India. Ethical approval was granted by the Ethical Committee (ethics no. IEC-NI/14/ OCT/43/65) of the same University. The datasets were imaged between 20 and 38 GW. Brain portion in all the volumes were manually segmented by a medical expert specialized in the fetal brain anatomy and are used for estimating the brain volume. The details of the dataset are given in Table 1. The data sets pertain to different subjects. This set was arranged to cover range of 20-38 GW period to form 12 volumes from the 20 sets. To estimate the fetal brain volume, we make use of the manually segmented fetal brain images. Fetal brain area is calculated for every MRI slice in the data set. An MR imaging volume contains collection of slices. Each slice displays an area of anatomy as the field of view (FOV). The FOV is divided into pixels. Every pixel of an MR image corresponds to a voxel, a volume element, whose value represents the tissue and MR signal, respectively. The volume of a voxel depends on MR imaging parameters, i.e. slice thickness (ST) and pixel spacing (Figure 1a). The physical thickness is specified in the parameters embedded in the MR image. Between two slices there will be a gap called inter slice gap (ISG) (Figure 1b). 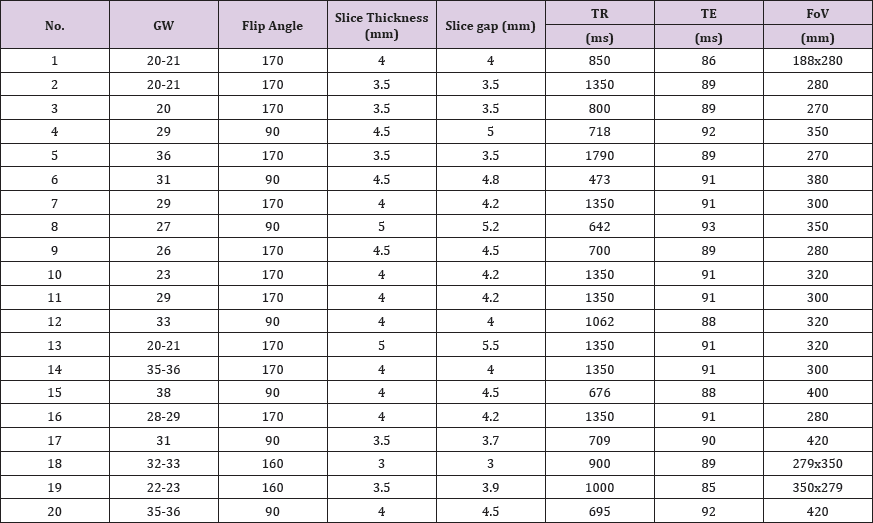 Figure 2: Flowchart of the proposed method.

Computing Area of Fetal Brain in Each Slice

The area of the brain in the ith slice is computed as:

where, NW is the total number of white pixel in the slice. This process is repeated for all the slices in that volume.

The brain volume is computed by multiplying the area and slice thickness (ST). While acquiring the images, a physical gap is left in between two slices and is measured by inter slice gap (ISG). It is assumed that the area of the brain in the ISG is the average of the two adjacent slices. The ST and ISG are obtained by reading the header of DICOM images. The fetal brain volume BV is computed as:

where, N is the total number of slices in the volume and A i represents the area of the fetal brain in the ith slice, and AN is the Nth slice.

The computed values of BV for 12 different gestational weeks are given in Table 2. 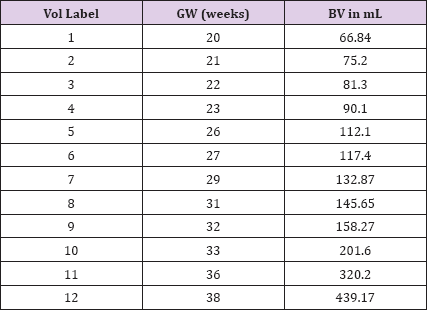 We have developed a method to estimate the fetal brain volume from hand segmented brain portion from the MRI of human fetus. The fetal brain volumes at different gestational week were estimated. We found that the brain volume increases almost linearly till32 GW and thereafter at a higher rate. It is 67mL at 20GW, 114mL at 26 GW and 438mL at 38 GW.