Depression and substance abuse has on the increase all over the world. The poor and the rich are also involved in this dangerous habit that has impact not only on reproductive health but also has an impact on family, society, increase in health care expense and increased criminal activity. Health care providers have more concerned with treating the victims and less concerned on its prevention. Pregnant women bear a greater brunt and there has adverse pregnancy outcome. Low birth weight, preterm labour, increased in miscarriage and raised perinatal mortality has some of the adverse effects. Children of such parents have more likely to inherit this bad trait. Children living in abusive homes where drugs and alcohol abuse occur simultaneously has often deprived of more than just the basics of food and shelter. Depression reported, “Any act on the part of the husband, partner or family which causes physical, mental, social or psychological trauma to the woman and prevents her from developing her personality.” Reason for the increase in depression violence can accepted; urbanization, industrialization, growth of urban slums, co-education and co-working in offices and factories, modern movies, television, obscene and pornographic literature and decreasing religious restrictions. 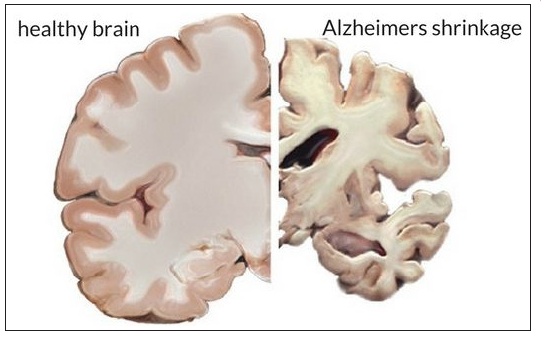 Fifty five (20 women, 25 men) undergraduates who has enrolled in courses in the department Pune University Pune participated in exchange for course credit. The sample has 8% White, 5% Black, 6% Obese;5% unsymmetrical body; 1% living with poor sanitation and 1% alcohol dependent. Sixty five percent of the sample reported high family income to be 60,000 or more.

Participants completed survey in which the use of curse words, depression symptoms, anger, and demographics have reported. We assessed participants’ use of curse words using the self-report method described by researcher (2017). Participants examined to rate the frequency with which they used 10 curse words used frequently by Marathi speakers (i.e., Bhikari, do not respect, fake smile, showing up high style, do not come to college, what do you want, forcefully sign, go to home, come with your father, second nature). Frequency of usage has rated on a 6-pointscale (1 = never, 2 = rarely, as in once or twice a year, 3 = occasionally, as in once or twice a month, 4 = about once or twice a week, 5 = about once or twice a day, and 6 = three to five times day, and 7 = more than five times a day).

Participants viewed the invitation to participate in the study on SONA, which directed them to the survey which has implemented with a professional license of Surveymonkey.com. Additional information collected college biometric, signature style, colour of signature, font size and treatment received by administrative officer while signed the muster.

Data has collected using a 10-item semi-structured questionnaire administered one-on-one in private by a trained male female staffs study team member. The questionnaire has informed by prior studies examining determinants of depression experience in other settings, piloted in 8 individuals, and modified accordingly to better achieve the aims of the study. The primary outcome, past 3-month experience of depression perpetrated by either the participant’s senior or a member of the approve assistant professor, has measured using the small city mind set depression and control. That has a culturally-tailored depression measure, composed of 105 items informed by qualitative interviews with community members and individuals working directly with depression survivors in Pune University pharmaceutical Instituions living with poor sanitation (PUPILPS) that surveys control, psychological, physical, pupil dilations and mind script, and has validated in married male female staffs residing in Pune Pharmaceutical Instituions. Potential correlates of depression experience (Table 1) and (Figure 1) has surveyed across 10 domains: 1) socio-demographics, 2) depression conceptualization and acceptance, 3) the marital relationship and marital family relationship, 4) telephonic communication and behaviors, 5) sexual attraction, 6) reproductive health, 7) staffs abuse and gambling, and 8) stress, 9) resilience, and 10) social support.

A number of variables have dropped from consideration due to collinearity. In choosing between variables, those with greater correlation with the outcome has used. For example, age and education of the respondent has both associated with age and education of the staffs; therefore, the staff’s variables have used. Similarly, the amount of premarital contact has associated with how well the participant felt. A multivariable model for Domain R6 from curse word used by examination Incharge / theory & practical examination has not run longer because after accounting for collinearity, only this variable, capacity to communicate willingness to have approval power., that domain has a candidate prior 3-month betting and gambling has excluded from the final model because of the low frequency of affirmative response. The final model has shown in domain R 10 In the result, depression experience has significantly associated with less educational attainment by the participant’s staffs, less satisfaction of the family with the maanpaan they received at the time of work, poorer conflict negotiation skills, and greater acknowledgement of depression occurrence in family and friends. The research examined the relationships among use of curse words, anger, and depression symptoms in order to determine whether cursing may be predictive of depression symptoms in young adults. The results confirmed that for women, the relationship between use of curse words and depression symptoms was mediated fully by expressive anger. For men, the relationship between depression and use of curse words was not significant. The present research had many similarities in findings with previous research. First and foremost, the present study found that females reported higher levels of depression than males. I would like to request Hon’ble Present Prime Minister of India to stop approval of course who has poor level sanitation, low level oxygen uptake, abuse words used by head of the department, I would also like to request Hon’ble present prime minister to check the Ashaaram pattern in private Pharmaceutical Institution in Pune University and not allow licence for open a wine shop nearer to pharmaceutical Instituions [13,14].

Depression shows life is not loved your life and ageing with false dignity. Indian men & women took a lot of hydroxyl drugs trying to keep them healthier and look younger. These drugs reduce the hunger and heighten the metabolic rate and makes heart beat faster and advocate the depression sign. Women who have experienced intimate health disease are at greater risk for physical and mental health problems including posttraumatic stress disorder (PTSD) and low blood pressure. Most women get a severe stroke and the impact of all may depression these costs. Researchers have reported that women with these experiences are more difficult to treat; many do not access health. The purpose of this study is to describe the experience of seeking help for alcohol dependence by young adults to avoid the present depression.