Background: In the search to reduce chronic pain, the cannabis plant is considered a possible treatment. Many studies have been conducted about its effectiveness in reducing pain sensation due to the cannabinoids system in the human body. Nevertheless, cannabis use is still controversial in many countries for varied reasons (i.e., dangerous, addictive and harmful drug, or related to criminal activities).

Methods: Every participant filled out a questionnaire, which was constructed based on a literature review of research on cannabis use to treat chronic pain.

Results: A higher level of education was correlated with participants’ attitudes that cannabis was harmful (r=0.17, p=.01). We also found a significant difference between participants who had information about chronic pain compared with those who did not (r=0.13, p=.03). The more information one had, the more one was supportive of medical cannabis treatment. We did not find significant differences between the two age groups regarding their attitudes to using cannabis for chronic pain (t=0.62, p=.02.).

Conclusions: This research helped us to map the possible factors that influence public attitudes concerning medical cannabis for chronic pain patients. Knowledge about chronic pain was the most critical factor influencing public and individual opinions.

The prevalence of chronic pain in the population is 1%-5% [1]. In the US, the direct and indirect cost of treating chronic pain is about 635 billion dollars annually [2]. Chronic pain causes a great deal of suffering and harms the patients’ quality of life in most areas. In the 21st century, with the inclusion of pain as the ‘fifth vital sign’, Western medicine is determined to reduce its frequency and to alleviate the patients’ suffering. Consequently, the various treatments developed to this end include medication, surgery and others [3]. Despite considerable progress that was made, pain – and particularly chronic pain – is a symptom that is hard to treat as it incorporates many variables. Together with medication, the effect of which on the individual is not uniform, it can be said that the side effects of chronic pain treatment in many cases make it hard for the individual to lead a normal life [4]. At present, despite the high prevalence of people suffering from chronic pain, the treatment is limited, demanding and often not effective. The treatment requires changes in one’s lifestyle such as physical activity, changing sleep patterns and reducing stress.

Because of the treatment’s ineffectiveness, patients make multiple visits to medical facilities, which in turn overburden the medical system and take up a great deal of the medical staff’s time. Also, alternative treatments, which are known to alleviate chronic pain, are not always funded by medical insurance groups [2,5]. One of the common treatments for persistent chronic pain is the cannabis plant [2,6]. Numerous studies have been conducted in recent years on the effectiveness of cannabis for the treatment of chronic pain, yet it is not a treatment of choice and is made available only after all other treatment options have been pursued. Many patients, who are offered cannabis as treatment, express doubts about its use, and thus miss an opportunity that might improve their condition. Parallel to cannabis being pushed aside as having therapeutic potential, it also has the image of a substance connected with the criminal world, which in 1937 led to an all-time low in its medical-research status and to its illegalization due to widespread use on the streets and what was termed by US federal law as ‘inactivity in known medical use’ [7,8].

In 1996, the state of California passed an initiative that regulated the use of medical cannabis, followed by other states throughout the US [4]. At present, twenty US states have legalized the therapeutic use of medical cannabis [9]. Policies concerning the use of medical cannabis have also been developing in Canada and European countries [10]. In 2014, about 4.2 million people in the US suffered from a medical diagnosis that fulfilled the criteria for treatment with medical cannabis [2,11]. Since chronic pain is a condition that affects a significant segment of the population, and has an impact on their quality of life and that of their families, it is very important to investigate factors that could help to make an effective medical treatment accessible to many. The public’s views about the therapeutic use of cannabis, even among those suffering from chronic pain, are still controversial, and could be affected by socio-demographic factors such as age, education, and information about chronic pain, including the question of its efficacy [12]. Therefore, the aim of this study was to identify factors that could affect the population’s views regarding the use of medical cannabis to relieve chronic pain conditions.

Identifying these factors may sheds more light regarding the attitudes (of the various populations, whether patients, medical staff, family members, friends or organizations and institutions) about medical cannabis use for chronic pain patients. In addition, identifying these factors could open a window to more focused research of this issue, and extend the knowledge about various attitudes of the population to cannabis use for chronic pain patients.

Consequently, our hypotheses were:

a) H1: A link will be found between an individual’s age and his/her attitude to the use of medical cannabis to treat chronic pain, so that younger individuals will have a more positive attitude.

This study is a descriptive quantitative research. The study included 236 participants from the general healthy population in Israel, approached through online forums of students and forums that deal with issues of pain and chronic pain. Exclusion criteria were: Chronic pain patients, individual who used cannabis for chronic pain. The respondents were divided into two groups: young adults aged 18-40 and adults over the age of 40.

The data was analyzed using SPSS V21.0. First, the research measures were built, and the reliability of the research questions was assessed. Then, descriptive statistics were performed on the participants’ background variables and the research measures (means and SD). Pearson correlations were examined between education level, degree of information about chronic pain and attitudes towards cannabis use. T-tests for independent samples were used to examine the differences between the age groups and their attitudes about cannabis use.

Table 1 describes the distribution of the research population’s demographic data. Inspection of the center and distribution indices of the attitude towards the use of medical cannabis to treat chronic pain indicated a considerably highly positive attitude (M=3.89, SD=0.58). A high average was found for the amount of information and the desire to gain more information about medical cannabis’ qualities (M=4.08, SD=0.81). Low averages were found for the perception of cannabis as harmful (M=2.03, SD=0.70), and for a positive attitude to limiting the use of medical cannabis (M=2.25, SD=0.78). To test the first hypothesis, T-tests for independent variables were performed to examine the differences in attitudes to the use of cannabis between the younger (age 18-40) and older (above 40) age groups (Table 2). presents the T-test results. The results indicate that no differences were found between the younger and older age groups regarding the statement that cannabis was effective in the treatment of chronic pain (t=.62, p>.05). Similar results were found for the perception that cannabis was harmful (t=0.77, p>.05), and the perception that cannabis use should be limited (t=0.91, p>.05). 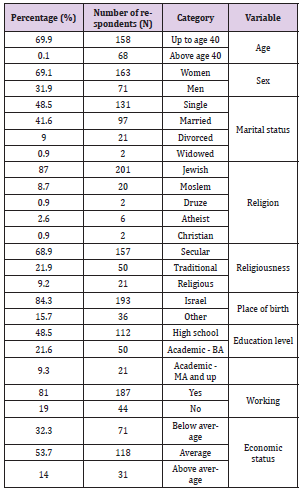 Table 2: Means and T-test results of younger and older age groups’ attitudes to cannabis use.

Table 3: Pearson correlations between education, information and attitude to cannabis use (N=236).

This study addressed the effect of socio-demographic factors on the attitudes of the general population in Israel as to the importance of the use of medical cannabis to treat chronic pain. Our main hypothesis was that an association would be found between the respondent’s age and his/her attitude to the use of cannabis to treat chronic pain. We hypothesized that younger people would have a positive attitude, whereas older people would have a negative attitude, because we assumed that older people in general are considered more conservative than younger people who are more open to changes and innovations [13]. The findings showed that there were no differences between the attitudes of the younger (18-40) and the older (40+) groups, thus refuting this hypothesis. We also examined whether individuals with a higher level of education would have a more positive attitude to treatment of chronic pain with medical cannabis, assuming that educated people were more aware, exposed to studies on this subject, and were familiar with the law. This hypothesis was also refuted. Finally, we examined the link between degree of information about chronic pain and attitudes to using cannabis to relieve it. The findings indicate that the more information one has about chronic pain, the more positive one’s attitude to the use of medical cannabis is, and vice versa. It is possible that exposure to chronic pain and understanding the complex coping required to deal with it in daily life could explain the positive attitudes to the use of medical cannabis [14,15].

Limitations of this study

The sample for this study was not homogenous, and did not proportionally or equally represent the various groups in the population. The respondents were from various populations, ages, and levels of information. Also, the sample was relatively small (N=236). The maximum age of the participants was 69, so it was difficult to make significant conclusions about all age groups, as opposed to a larger sample, which could have included varied age groups. Since the questionnaire was distributed online, it was published in various groups that advocate the use of medical cannabis or that seek relief for chronic pain. Due to the need to create a short, clear and concise questionnaire, we did not examine additional variables that could have shed more light on the results; for example, whether the respondent had tried medical cannabis, under which circumstance, and how the environment had reacted – all of which could affect one’s attitude.