Risk Score Evaluation for the Development of T2D in the Population of Jammu Region of J&K State, India Volume 4 - Issue 3

The present study evaluates the risk of development of Type 2 Diabetes in the population of Jammu region of J&K using Indian Diabetes Risk Score (IDRS). A detailed scoring pattern where in two modifiable (waist and hip circumference) and two nonmodifiable risk factors (age and family history) were taken into consideration. The results confirmed that almost 50% of the studied population has a very high risk score towards development of T2D. Obese (62%) and pre-obese (56%) participants belonged to the high risk category according to IDRS. More diabetics (54%) compared to non-diabetics (35%) belonged to the high risk IDRS category. In conclusion, IDRS is a simple, fast, non-invasive, inexpensive and a reliable tool to identify the risk of developing T2D in the population of Jammu and Kashmir. Obese and Pre-obese subjects have high risk category of development of T2D.

Type 2Diabetes (T2D) is a complex disorder characterized by chronic hyperglycaemia with disturbances of carbohydrate, fat and protein metabolism, resulting from defect in insulin secretion, insulin action or both [1]. It is estimated that by the year 2030, there will be about 366 million people affected by T2D worldwide, with many of those affected lying in the middle to late adult year group [2,3]. While on one hand T2D as a lifelong disease considerably increases morbidity and mortality at the same time its affliction decreases the quality of life [4]. Also, there is no denying the fact that the disease and its complications cause a heavy economic burden for diabetic patients, their families and society as well. Gene-Environment interaction plays an important role in the development of type 2 diabetes [5], Obesity characterized by high fat tissue content is a major factor associated with increased risk of developing T2D [6]. Physical activity, diet and medication have collectively been used for management of diabetes since long. The risk factors differ among different population groups. It is therefore imperative to understand why Indians in general and the population of J&K in particular are developing T2D at such a high rate. Once the factors for the high development rates are known, necessary strategic healthcare planning could be pursued and the burden of disease reduced.

The aim of the present study was to assess the risk of type 2 diabetes mellitus (T2D) in the adult population of Jammu and Kashmir above the age of 21 years using Indian Diabetes Risk score (IDRS) developed by [7]. Present study was conducted with the following objectives:

b) To find out the general risk factors conducive for developing diabetes in the population of Jammu and Kashmir.

The present studies were carried out in the Jammu region of the J&K state of India wherein the population belonging to all the three regions of the state participated in the questionnaire based study. A total of 156 individuals participated in the study and various parameters including physical activities, family history of diabetes were assessed using a questionnaire previously developed by [7].

Waist and hip circumference were noted using standard procedures, Height and Weight was also measured using a measuring tape and digital weighing machine. The risk towards the development of T2D was done according to the IDRS scoring pattern wherein two modifiable (waist circumference and physical activity) and two non-modifiable risk factors (age and family history) were taken into consideration (Table 1). Assessment of Physical activity was done by asking a set of three questions viz;

a) How physical demanding is your occupation?

b) Do you exercise in your free time?

c) How would you grade your physical activity at home?

Table 2:Distribution of participants on the basis of age, IDRS and Socio-demographic profile. 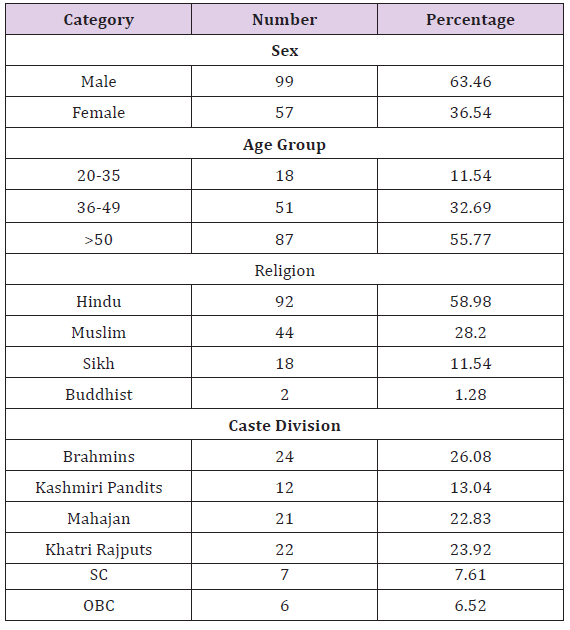 Table 3:Distribution of respondents according to BMI and IDRS. 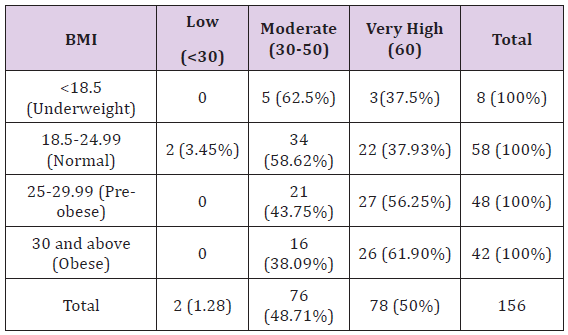 Table 4:Distribution of participants on the basis of known status of Diabetes and IDRS.

In the present studies, we used a scoring pattern called Indian Diabetes Risk Score (IDRS) following [7] to identify the risk factors as well as high risk subjects among the selected population of Jammu and Kashmir. As per the best of our knowledge, this is the first study carried out in the Jammu region of the state of Jammu and Kashmir wherein risk scores have been assigned to the subjects on the basis on anthropometric, demographic and behavioural factors to assess the risk of development of type 2 diabetes. The application of such a scoring system is of much significance as it a simple and low cost, fast and non-invasive tool for preliminary screening and assigning risk score of developing diabetes among the selected population. Use of scoring system is of much help in underdeveloped countries like India where because of lack of resources many cases of diabetes remain undiagnosed. During present studies, 50% of the total population were observed to exhibit a high risk score of more than 60 for developing diabetes.

This percentage of population having high risk score is on higher side compared to the two other studies carried out in South India where using the same scoring pattern 31.2% of the population of Pondicherry and 43% population of Chennai was found to have high risk score of more than 60 [7,8]. Jammu and Kashmir is among the fastest growing economies of India in the year 2017 [9]. This rapid economic growth is associated with urbanization resulting in change in lifestyle, eating habits and migration of large populations from villages to cities in search of employment [10]. Conflict and war like situation between India and Pakistan is mainly responsible for migration along borders. The growth of militancy in Kashmir valley since the year 1988 has also resulted in the migration of large populations from Kashmir valley and adjoining areas to Jammu city [11]. Migration has resulted in both mental and environmental stress. Environmental stress resulting from the change in subtropical climate of Kashmir valley to the temperate climate of Jammu. All the above mentioned factors possibly seem to result in increased stress and increased risk of developing T2D. The high IDRS among the diabetics was 54.09% compared to non-diabetics (35.29%) indicating that the population is likely to get diabetes if the prevalence of risk factors are not reversed.

Also since the non-diabetic subjects who were observed to have IDRS>60 were high risk group of developing type 2 diabetes in near future. Lifestyle and dietary modifications can be helpful in reversing the development of diabetes in this high risk group. It appears that there is an urgent need to confirm the occurrence of diabetes using Glucose Tolerance test in the subjects with IDRS>60. Besides this, precautionary measures including lifestyle changes, regular exercise and dietary modifications have to be initiated to lower down the risk in these high risk individuals.