Meningitis produced by Streptococcus pyogenes is a rare pathological entity among the pediatric population, its occurrence being usually conditioned by the presence of nearby outbreaks. Viral infections such as flu, chicken pox, measles and, more recently, SARS COV 2 can form the basis of an anergic terrain on which potentially lethal bacterial superinfections can evolve. In order to exemplify such correlations, we will present the case of a 13-year-old patient, hospitalized in our clinic with a diagnosis of COVID 19, who was later confirmed to have streptococcal meningoencephalitis.

Group A Beta-hemolytic Streptococcus remains a rare cause of childhood meningitis (0.2-1% of all bacterial meningitis) despite the increasing trend of invasive streptococcal infections in recent years [1,2]. From the experience of the 3-year pandemic caused by SARSCoV- 2, it is well known that there are varying degrees of neurological damage in a strictly viral context in some patients, but data in the literature are still insufficient to explain the pathophysiology of the phenomenon. However, similar to influenza viruses, it causes a certain degree of immunosuppression that may predispose previously healthy patients to contracting bacterial infections. In November 2020, the male child B.A., aged 13, with no known personal pathological antecedents, was admitted to the Clinical University Infectious Diseases Hospital “Saint Parascheva” from Iasi, being transferred from “Saint Mary” Pediatric Hospital in Iasi, for fever (38 degrees C), nausea, food vomiting, frontal headache, colicky abdominal pain and semi-constant diarrheal stools, in the context of a positive SARS-COV-2 RT-PCR test. The objective clinical examination at admission showed a moderately influenced general condition, afebrile, circling facies, sabural tongue, tachycardia, absence of meningeal contraction syndrome, the clinical picture being dominated by frontal headache and semi-constant stools. The paraclinical investigations objectified the presence of the biological syndrome of inflammation and leukocytosis with neutrophilia, without other major changes. Twelve hours after admission, the patient’s condition worsens, the fever reappears, the patient presents drowsiness, bradylalia, bradypsychia, psychomotor agitation, complains of photophobia and develops a motor deficit in the left upper limb. Upon resuming the clinical examination, the presence of neck stiffness and the Kernig-1 sign is noted, for which reason a lumbar puncture is performed, with the extraction of an opalescent, hypertensive cerebrospinal fluid, with increased cellularity (240 ecn/mmc) and negative latex agglutination (Table 1).

Also, it was extremely important for the therapeutic orientation to exclude a meningeal injury caused by the SARS COV2 virus (PCR RNA SARS COV 2 negative in CSF). Empiric intravenous antibiotic therapy with Ceftriaxone 3g/24 hours, drugs against cerebral edema, dexamethasone and B-group vitamin therapy are initiated. The evolution under treatment is unfavourable and on the 3rd day of hospitalization the child presents tonic-clonic convulsions in the left hemibody and peripheral paresis of left facial nerve, for which neurological and neurosurgical consultation as well as a cranio cerebral computer tomography with contrast substance are requested. The CT showed moderate cerebral edema, hydrocephalus and the presence of a hypo-dense area located on the right frontal lobe with a diameter of 27 mm, interpreted as a brain abscess in the pre-suppurative phase (Figure 1). Antibiotic therapy is escalated to Meropenem 3g/24 hours in association with Vancomycin 1g/24 hours, administrated intravenously. The following day, the result of the CSF cultures confirms the etiology of the meningoencephalitis, by isolating the Group A Beta hemolytic Streptococcus. As a result, we decided to gradually deescalate the antibiotic treatment with Ceftriaxone to a total duration of 28 days. The clinical and paraclinical evolution was slowly favourable, with remission of the fever, the convulsive syndrome, the peripheral paresis of the left facial nerve, as well as the complete recovery of the upper limb mobility. The follow-up cerebral CT performed 30 days after the first one confirms the regression of the frontal abscess, the hydrocephalus and the cerebral edema. 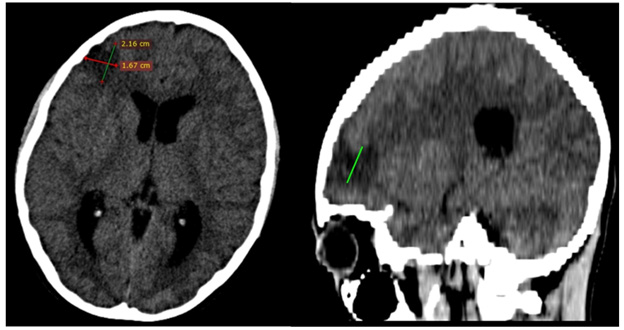 Table 1: Cytological and biochemical examination of CSF in evolution.

The SARS COV 2 infection recorded a benign evolution in children, in most cases [3,4]. However, if we refer to the prognostic significance of a viral infection that occurs during an epidemic/ pandemic in a previously healthy organism, we can state that virally induced anergy is the explanatory key to the septic complications deriving thereof. Thus, Raul O. Ruvinsky et al. mentions, in a 2020 study, that the invasive infection with SBHA is favored by the coinfection with the influenza virus [2]. In the case presented, the nasopharyngeal exudate for influenza viruses was negative, but the presence of the infection with the SARS-CoV-2 virus seems to have been the predisposing factor. However, the medium or short-term impact of this virus on immunity is not fully known.

Apart from the correlations mentioned above, Streptococcus pyogenes is not per se a frequent cause of meningitis in children. In a retrospective study from the English literature carried out in 2005, a number of 25 cases registered during 25 years is mentioned [3]. Another study shows that meningitis caused by Streptococcus pyogenes usually occurs through dissemination from a neighbourhood outbreak [2].

Thus, the apparent absence of a portal of entry in the case discussed is a particularity of the case worth mentioning. Cases of streptococcal co-infection (pharyngitis, sepsis) in SARS-CoV-2 positive patients, but not meningitis with S. pyogenes in children evolving to brain abscess, have been described in recent literature [4]. So far, in our hospital there have been no cases of association of SARS-CoV-2 infection to bacterial meningitis.

Despite the early institution of first-line antibiotic therapy (which later proved to be targeted and in accordance with the results of the antibiogram) [5], the initial evolution is unfavourable, with the formation of a brain abscess in a short time. Thus, the escalation of antibiotic therapy was necessary over a period of 7 days, even after confirmation of the antibiotic susceptability of the etiological agent [6]. However, the adequate therapeutic response of the patient, as well as the absence of surgical indications during hospitalization, indicate that the medical intervention was prompt, early in the abscess formation phase. Also, the reduced initial inflammatory reaction for a bacterial meningitis constitutes an additional argumentative element in support of this hypothesis [7].

The association between COVID-19 and CNS infections remains a rarity, especially in pediatric patients. The case presented is not an edifying one in terms of the potential severity of the SARS COV 2 infection, but rather in outlining the role of a turntable for the bacterial superinfections that can evolve in this context. Although it is a rare cause of meningitis in children, the mortality rate in the case of meningitis caused by Group A Betahemolytic Streptococcus is high. However, provided early diagnosis is established and the microorganism’s susceptibility to beta-lactam antibiotics (especially to Penicillin) is preserved, the prognosis tends to be favourable.

Meningitis produced by Streptococcus pyogenes is a rare pathological entity among the pediatric population, its occurrence being usually conditioned by the presence of nearby outbreaks. Viral infections such as flu, chicken pox, measles and, more recently, SARS COV 2 can form the basis of an anergic terrain on which potentially lethal bacterial superinfections can evolve. In order to exemplify such correlations, we will present the case of a 13-year-old patient, hospitalized in our clinic with a diagnosis of COVID 19, who was later confirmed to have streptococcal meningoencephalitis.