The World Health Organization has emphasized that selfmedication must be correctly taught and controlled as the selfmedication is a great threat for the health globally WHO, [1]. Antibiotic self-medication is highly prevalent in the developing countries due to easy availability. Resistance to commonly used antimicrobial drugs is remarkably high in countries where antibiotics are not restricted Sallam, et al. [2]. There are some other reasons like wider availability of medicine, greater choice of treatments, in preventing or reliving miner symptoms or condition, ailment was minor and financial constraint Jain, et al. [3]. Antibioticresistant infections also contribute to the financial burden on health care systems Gelband, et al. [4]. A study conducted in Bangladesh in 2014 found that 26.69% in Rajshahi city experienced self-medication with highest percentage of self-medicated medicines were metronidazole (50.43%), azithromycin (20.75%), ciprofloxacin (11.53%), amoxicillin (10.37%) and tetracycline (7.49%) respectively. The key reasons for the self-medication of antibiotics was the pre-experience (45.82%), Biswas, et al. [5]. A cross sectional study conducted in 2017 in Dhaka city found that undergraduate medical students were found to practice more selfmedication (78.1%) than the non-medical students (55.1%) Nasir, et al. [6].

Parents medicate to their children to save money or to avoid a trip to doctor’s office Bennadi [7]. A number of reasons for selfmedication such as saving money and availability of drugs in drug shops are responsible for growing trend of self-medication Oluyemi [8]. Many studies showed that limited purchasing capability is a major determinant for self-medication with antibiotics in India, Nigeria, Philippines, Latino adults in the United States of America, and the non-Arab population in the United Arab Emirates. Pharmacy staff behavior can be a factor that puts patients at risk for self-medication with antibiotics Oluyemi, et al. [8,9]. Inappropriate Antibiotic and Nonprescription use of antibiotics can range from 19 percent to well over 90 percent outside the United States and Europe, Vietnam, in Saudi Arabia and Syria, pharmacies dispensed antibiotics without a prescription Van Boeckel, et al, [10].

Over the Counter (OTC) drugs are non-prescription drugs that are not normally covered by a Medicare Prescription Drug Plan. OTC medications are legal, non‐prescription substances taken for the relief of discomforting symptoms. Although OTC drugs are believed to be safe and effective, indeed they are not. They mask the underlying disease and may cause several adverse effects Parikh, et al. [11]. A prescription is an order that is written by the physician to tell the pharmacist what medication your patient wants to take Inlander, et al. [11,12]. Drugs that destroy microbes, prevent their multiplication or growth, or prevent their pathogenic action – Differ in physical, chemical, pharmacological properties, differ in antibacterial spectrum of activity, differ in their mechanism of action.

In the United States, more than 2 million infections and 23,000 deaths are due to antibiotic resistance each year and in Europe, an estimated 25,000 deaths CDC, [13]. Antibiotic-resistant infections also contribute to the financial burden on health care systems Gelband Quet, et al. [4,14]. A vast majority (93%) of the patients were totally unaware of the possibility of side-effects Teck, et al. [15-17].

High percentage of parents thought that antibiotics could cure infections caused by viruses and also cold, fever and sore throat. Resistance to commonly used antimicrobial drugs are remarkably high in countries where antibiotics are not restricted Sallam, et al. [2]. In Bangladesh, increasing rates of antimicrobial resistance andthe prevalence of self-medication is thought to be high, as a result, minor illnesses are treated with antimicrobials which have potentially harm the individual Gutema, et al. [18- 21,3]. Many older adults independently manage their prescription and nonprescription (OTC) medications Keshari, et al. [22,23]. A majority of the prescribers diagnose infection by clinical assessment and suspect a microbial etiology Faiz, et al. [24].

The study is a Cross-sectional descriptive study andit was helpful to describe the current conditions and situations based on the impressions and views of the respondents of the study (Thomas et al., 2005). The study location was Azimpur, lalbagh, Kamrangirchar belongs to Zone-5 of Dhaka South City Corporation. These areas are highly populated, and it was feasible to find people or respondents from every economic status like lower, middle and higher socioeconomic. The total study duration was 10 months from May 2019 to February 2020.

The target population was adult age group (18 or more than 18 years old). Both male and female were selected from any religion and socioeconomic status. Pre-tested, semi structured interview questionnaires. This balance was useful for a comprehensive analysis. Data was entered in Microsoft Excel and analysis was done by using descriptive statistics in Microsoft Excel 2010 and SPSS version 20.

Permission was taken from Institutional Review Board (IRB) of American International University-Bangladesh (AIUB), the committee on activities involving human subjects.

Distribution of the Respondents’ Socio-Demographic Variables

Knowledge about Antibiotic Resistance among Medicated and Non-Medicated Group

Figure 1: Status of antibiotic use in last 12 months.

Figure 2: Gender based knowledge about antibiotics.

Gender and Source of Self-Medication with Antibiotics 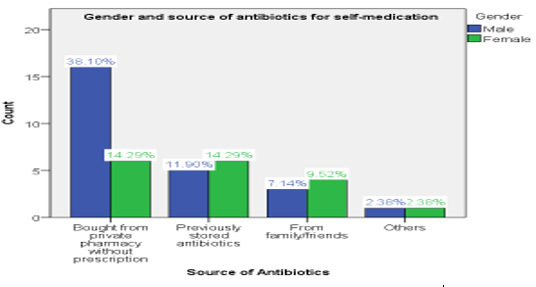 Figure 7: Gender and source of self-medication with antibiotics.

Use of Antibiotics (Self-Medication) and Diseases

Discontinuing Antibiotics after Starting with Self- Medication 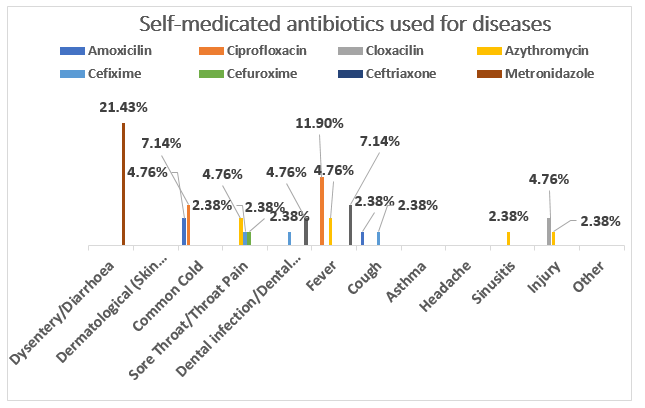 Figure 8: Use of antibiotics (self-medication) and diseases. 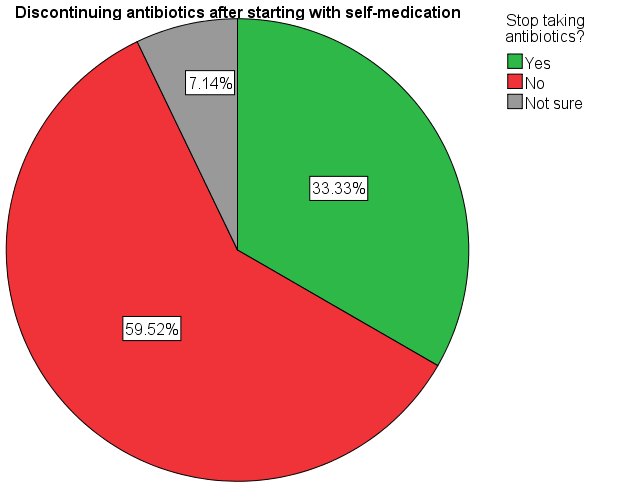 Cure Diseases after Self-Medicating with Antibiotics

Figure 10: Rate of cure after self-medicating with antibiotics.

Self-decision by previous experience/confidence was higher in age group 40-50 years. A study found that the parents who medicate their children do so in order to save money or to avoid a trip to doctor’s office Bennadi, [26-41]. Another study found that a number of reasons could be counted for self-medication such as strong desire of self-care, feeling of sympathy towards family members in sickness, previous experience of having antibiotic, lack of health services, saving money, ignorance, misbelieves, extensive advertisement and availability of drugs in other than drug shops are responsible for growing trend of self-medication and most importantly weak implementation of regulation related to medicines Oluyemi [8]. Most of the people (whom taken antibiotic as self-medication) were taken antibiotic due to Dysentery fever. Ciprocin, Metronidazole and Azithromycin, Cloxacillin and Amoxicillin were mostly used as 500mg dose. Daily frequency of taking antibiotics twice daily was most frequently practiced and the Ciprocin was highly practiced twice daily and secondly Azythromycin. Thrice daily was also most common for Metronidazole.Another study conducted in Bangladesh in 2014 also found that the highest percentage of self-medicated antibiotics was metronidazole (50.43%) followed by azithromycin (20.75%), ciprofloxacin (11.53%), amoxicillin (10.37%) and tetracycline (7.49%) respectively. The key reasons for the self-medication of antibiotics was the pre-experience (45.82%), suggestions from others (28.24%) and knowledgeable of the antibiotics (16.14%) Biswas, et al. [10].

The practice of self-medication is higher in lower income andeducation level as these groups might have less knowledge about side effects and it is statistically significant also. The most common self-medicated antibiotics were Metronidazole, secondly Ciprofloxacin and thirdly Azythromycin. Antibiotics were selfmedicated mostly for the Dysentery, Fever, Common cold and Sore throat. Most of the participants’ source of antibiotics for selfmedication was private pharmacy and bought antibiotics from the pharmacy without prescription. Visiting pharmacy was the most common health seeking behavior among the participants who selfmedicated with antibiotics.