Electrotherapy for the Treatment of Diabetic Distal Polyneuropathy

Materials & Methods: 60 patients with Diabetic Peripheral Neuropathy (DPN) of the lower limbs were examined. All patients with type 2 DM. TENS was carried out with the use of high frequently- low amplitude TENS (HL) and low frequency-high amplitude TENS.

To study the dynamics of sensory and motor deficiency in diabetic distal polyneuropathy syndrome by using Transcutaneous Electrical Neurostimulation (TENS) of peroneal and tibial nerves. 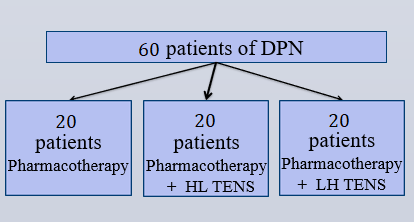 Figure 1: Distribution of patients into groups depending on the method of treatment.

b. TENS: TENS was carried out in the second month of pharmacotherapy. We used 2 variants of TENS: high frequency TENS (HL) and low frequency TENS. Characteristics of current are shown in (Figure 3).

Technique of TENS is shown in (Figure 4).

Figure 2: Observation of the treatment and outcomes of patients.

Figure 4: Technique of labile low-frequency TENS of peroneal nerve (1) and tibial nerve (2). Cathode (A) is fixed in the proximal nerve. The stimulating anode (B) is labile and has the form of a pen. Each 10 cm the anode was moved from the proximal nerve in the distal direction. The ground electrode (B) is on the lower third of the leg and the active and reference recording electrodes (D) are fixed in foot area as in EMG examination of the peroneal and tibial nerves. The course consisted of 15 procedures every other day.

To assess the degree of peripheral nerve damage against the background of distal polyneuropathy of the lower extremities and their degree of regression after the treatment and in the follow-up, we used the following diagnostic methods:

• The severity of neuropathic pain syndrome was determined on a 10-point visual analogue scale (VAS).

• By electromyography conduction velocity and amplitude of M-response of peroneal and tibial nerves were examined.

significantly decreased on the background of the TENS in comparison with pharmacotherapy by 43% (Figure 5). Analgesic effect of HL TENS proved to be more effective than LH TENS by 34, 7%.In the second and sixth months of the follow-up period there were no significant differences between the various modalities of TENS (Figure 4).

Significantly decreased as a result of the additional application of TENS by 25, 9%. Improvement of sensory disorders was noted in patients who passed LH TENS more than HL TENS by 78% (p<0,05).In the second month of the remote period after LH TENS negative sensory continued to decline significantly by 19%(Figure 5). Positive sensory symptoms significantly decreased with the use of TENS 39% more than using of pharmacotherapy alone. Positive sensory symptoms regressed after application of HL TENS in comparison with LH TENS by 24% (p<0.05).In the follow-up period positive sensory symptoms in both groups showed no significant differences (Figure 6). Recovery of motor weakness was not observed after the use of pharmacotherapy alone and was detected only after LH TENS and was on average 17% in ankle dorsiflexion and 22% in ankle dorsi extension (Figure 7) Electromyography values of M-response and velocity of peroneal and tibial nerves were not significantly changed, however, in some cases there was an improvement in the M-response rate in electromyography after LH TENS (Figure 8). 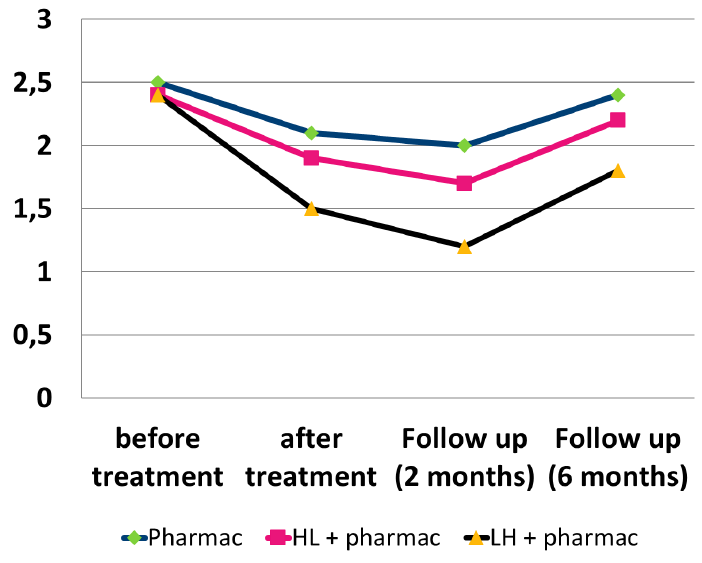 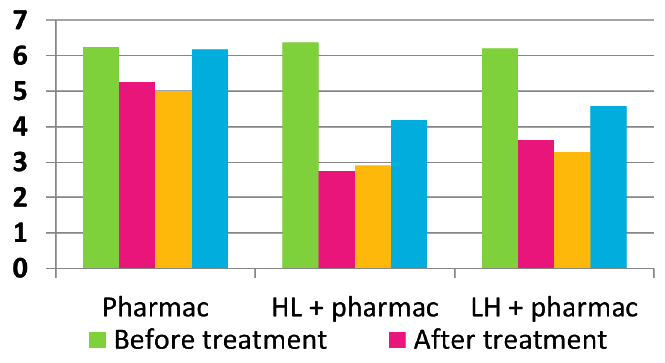 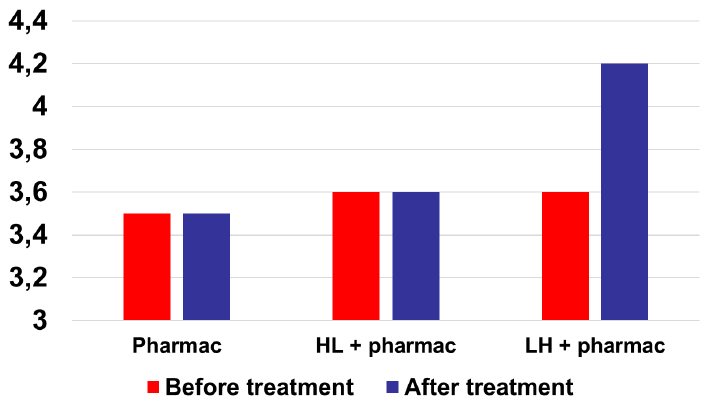 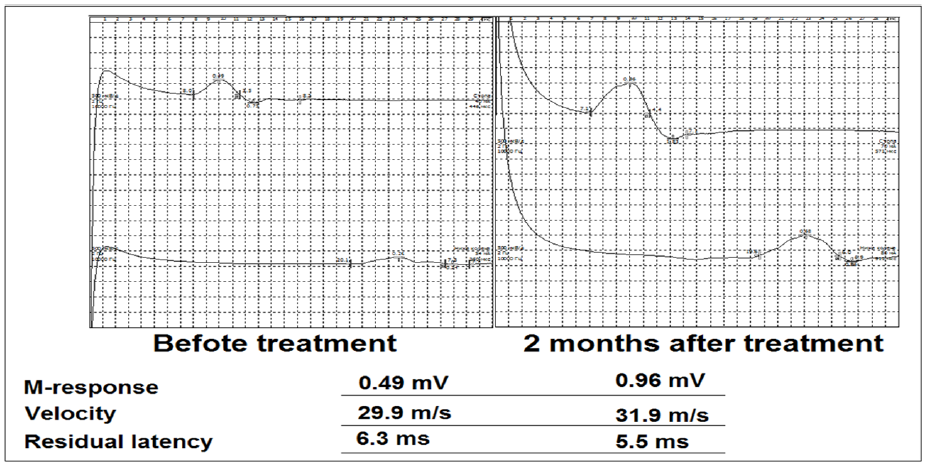 TENS increases the effectiveness of pharmacotherapy in the treatment of diabetic peripheral neuropathy in reducing the negative and positive sensory symptoms, motor deficit and neuropathic pain syndrome. TENS has a prolonged effect that lasts for 6 months of the follow-up period. The maximum therapeutic effect is observed in the second month of the follow-up period. High frequency-low amplitude TENS is recommended for treatment of neuropathic pain and positive sensory symptoms. Low frequencyhigh amplitude TENS is the method of choice in treatment of negative sensory symptoms and motor deficit. Recovery of electromyographic abnormalities was not observed in all patients. However, in many patients, there was a noticeable amplitude increasing of M-response.

Electrotherapy for the Treatment of Diabetic Distal Polyneuropathy

Materials & Methods: 60 patients with Diabetic Peripheral Neuropathy (DPN) of the lower limbs were examined. All patients with type 2 DM. TENS was carried out with the use of high frequently- low amplitude TENS (HL) and low frequency-high amplitude TENS.