Partnership not only satisfies the basic needs of the individual as a social being, but also contributes to health, positive interpersonal relationships, self-confidence, good self-esteem, and general well-being [1,2]. Sexuality is also crucial for good partnership and an important part of the human life cycle [3-5]. Sexual orientation is a predisposing characteristic of a person who is sexually attracted to persons of the same and/or opposite sex. Sexual orientation refers to the gender to which a person is emotionally, physically, sexually, and romantically attracted. It is primarily assessed through personal evaluation and reporting of whether one is attracted to a man or a woman [6,7]. Engaging in sexual relationships with persons of the same or opposite sex most often determines a person’s sexual orientation. Factors that influence whether a person has sex with a person of the same or opposite sex include availability of a partner, moral relationships, social norms, curiosity, need to fulfill the role of a parent, financial motives, etc. [8].
In sexuality it is necessary to separate the masculine and feminine sides. Men are more pragmatic beings, while women are more tactile beings. Therefore, an embrace is of great importance for a woman’s perception of sexuality, as the release of serotonin, dopamine and oxytocin then increases. A woman, who is otherwise a hyperdynamic being and has all her senses constantly activated, usually closes her eyes when kissing. This activates the depilation of the basic system of the visual sense, with which we reach the maximum information capacity of up to 90% [9]. Therefore, the aim of the study was to assess sexual satisfaction in the general Slovenian population using an adapted but modified questionnaire, which was suitable for identifying differences in sexual satisfaction between different variables.

The study was conducted on female and male participants via online survey. The online survey began in July 2020 and was completed in September 2020. The research was conducted according to the principles of the Declaration of Helsinki. All participants were informed of the aims and anonymity in writing before the study began. Informed consent was given by clicking the “Proceed with questionnaire” button. The National Ethics Committee approved the study design (No. 0120-200/2020/6).
Recruitment was based on the following inclusion conditions:
(a) Age of 18 years and older, and
(b) Personal consent to the questionnaire.
Participants with mental and sexual disorders were also included in the study. All participants were asked for demographic data: gender, age, marital status, education level, sexual orientation, number of children, number of all lifetime sexual partners, number of current sexual partners, number of sexual contacts per month, diagnosed mental and/or gynecological disorders and, for women, the number of archived orgasms during a sexual contact.
A validated questionnaire from Stulhofer, et al. [10] was used with some adaptations that allowed the questionnaire to be completed by both sexes. Linguistic validation of the questionnaire was done by translating it from English to Slovenian and vice versa. The Cronbach’s alpha coefficient showed adequate internal consistency (α=0.963) for all statements. Based on the theoretical content relationship, we grouped certain statements into new cushions/variables:
My mood before sexual intercourse/activity (α=0.936):
• My sexual arousal toward a partner.
• Rate your sexual desire toward a partner
• My sexual response to a partner
• The intensity of my sexual arousal
My mood during intercourse/sexual activity (α=0.854):
• My emotional engagement during sexual activity.
• During sexual activity, I give myself to sexual pleasure
• The intensity of my orgasms
My partner’s mood during intercourse/sexual activity (α=0.936):
• Rate your partner’s sexual activity
• My partner gives in to sexual pleasure
• The way my partner is responsive to my sexual needs
• My partner is sexually creative
• My partner is sexually available
My balance in sexual intercourse/activities (α=0.857):
• Rate the appreciation of the pleasure I give to my partner.
• The variety of my sexual activities
• The frequency of my sexual activities
• The balance between what I give and what I get during sexual activity
• And the autonomic variable:
• My mood after sexual activity.
The modified questionnaire consisted of demographic data and 17 statements. A 5-point Likert scale was used for each statement, ranging from “not at all satisfied” to “extremely satisfied.” Data were analyzed using SPSS 26.0 statistical software. The Kolmogorov-Smirnov test and the Shapiro-Wilk test were applied to determine whether the values had a Gaussian distribution and to choose between parametric and nonparametric statistical tests. The Kolmogorov-Smirnov test and the Shapiro-Wilk test showed a non-normal distribution. Based on this result, a non-parametric statistical analysis was chosen, namely Pearson’s correlation coefficient and χ2 -test. The statistical significance was set at p ≥ 0.05. 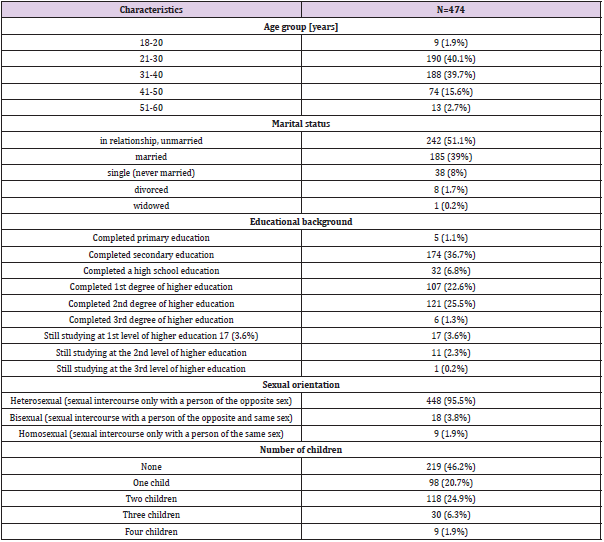 Table 1: Demographic data of the participants.

Table 4: Person correlations between the statements.

Table 5: Correlation between gender and pillows.

Table 6: Correlation between the age group of 21-30 years and pillows.

Table 7: Correlation between number of children.

Table 8: Frequency distribution between the number of children and satisfaction-dissatisfaction.

We would like to thank The Slovenian Research Agency for support through grant P3-0388.