Skin and Soft Tissue Infections Among the Diabetic Patients in Faridpur, Bangladesh

Diabetes was one of the first described [1] which is a heterogeneous group of diseases characterized by chronic elevation of glucose in the blood. Diabetes affects some 300 million people world-wide and is on the increase. Chronic exposure to high blood glucose is a leading cause of renal failure, visual loss and a range of other types of tissue damage [2]. About 422 million people have diabetes worldwide [3] up from an estimated 382 million people in 2013 [4]. In 2014, the International Diabetes Federation (IDF) estimated that diabetes resulted in 4.9 million deaths worldwide, [5] where more than 80% of diabetic deaths occured [6-10]. Approximately 85% of those with diabetes; they are usually older, but it is increasingly diagnosed in children and adolescents. Type 2 diabetes is associated with excess body weight and physical inactivity [11]. In 2013, WHO stated that early diagnosis can be accomplished through relatively inexpensive blood testing. Impetigo and cellulites and chronic skin ulcers are associated with diabetics which are: Streptococcus group A, Staphylococcus aurous, anaerobic oral flora (Prevotella, Fusobacterium and Peptostreptococcus spp.) Around oral area and head and neck Colonic flora: Enterobacteriaceae and anaerobes (i.e. Escherichia coli and Bacteroides fragilis group) around rectum and lower extremity Necrotizing fasciitis, Streptococcus group A (rarely also groups C or E), Staphylococcus aurous, Enterobacteriaceae. Enteric or oral anaerobes cause Gas gangrene and crepitus cellulites Clostridium perfringens and other Clostridium species, Progressive bacterial gangrene-Peptostreptococcus spp, Microaerophilic streptococci, Proteus spp, Myositis- Staphylococcus aureus, Streptococcus groups A, B, C and G, Enterobacteriaceae, Yersinia entercolitica, Pseudomonas spp.; Aeromonas spp. Clostridium spp, Peptostreptococcus spp. Bacteroides spp [12].

Since long time, viruses have been suggested as a potential environmental trigger for DM (typically type-1 diabetes). Viruses belonging to the Enterovirus genus have the capacity to initiate and/or accelerate islet autoimmunity but cannot fully explain the etiology as a sole environmental trigger [19]. In the present investigation, the main objective was
a) Dentification of skin diseases including the fungal and bacterial infections among the diabetic patients in DAMCH.
b) Prevalence of skin diseases in different age and sexes groups,
c) The prevalence of skin and soft tissue infections in earlier diagnosed age group and long-standing diabetic patients and
d) Variations of prevalence of skin and soft tissue infections among the different type of diabetic patients. sand muscular.
Justification of this study: Skin and soft-tissue infections (SSTIs) are common reasons to seek medical care in the inpatient and outpatient settings. There were an estimated 869,800 hospital admissions in the hospitals for SSTIs in 2004 [20]. Several investigations have noted that the incidence of SSTIs is increasing in both the inpatient and outpatient settings in the U.S. during the first decade of the 21st Century, with increases of 29% in the inpatient setting over a 4-year period and 50% in the outpatient setting over an 8-year period [21].

The study was conducted at Diabetic Association Medical College Hospital Faridpur. This study period was from April 2017 to September 2019). The study population will be all diabetic patient who admit in this hospital. A pretested semi-structured interview questionnaire with both, open-ended and closed-ended was be used to collect data. The statistical package for social sciences (SPSS) version 22.0 will be used to analyze the data. Obtained data will be evaluated by frequency and percentages ratios, Chi-square (χ2), logistic regression analyses etc.

Face-to-face interview was taken using the questionnaire. Respondents was provided a detailed explanation of each question in the local language.

At the end of each day of data collection, each questionnaire was checked whether the questionnaire is filled completely and consistently. Data cleaning and editing was done and missed values statistically handled to help address concerns caused by incomplete data using SPSS statistical package. Data analysis was done on the basis of the research question and the objectives. The statistical package for social sciences (SPSS) version 22.0 was used to analyze the data. Obtained data was evaluated by frequency and percentages ratios, Chi-square (χ2), logistic regression analyses etc. Different types of graphs, figures and tables were summarizing the data visually. Testing was be done using the 0.05 level of significance.

Table 1: Percentages of male and female among respondents.

Table 2: Types of diabetic mellitus among the respondence.

Table 3: Level of exercise among the patient. 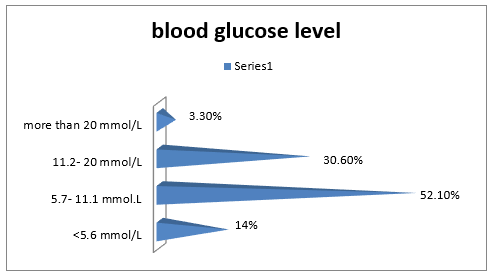 Figure 4: Level of blood sugar among the patients.

Table 5: Presence of skin infection among the respondents.

Table 6: Probable cause of fluctuation of diabetes mellitus.

The above Table 7 shows that there is no significant relationship between types of diabetic mellitus and skin infection. monthly income of the family and parents wish to send to the school, x2(1, N=121) =3.608, p=.729.

Figure 5: Types of skin diseases among the respondents. 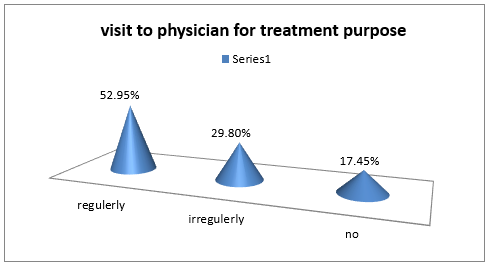 Figure 7: How long the respondents are disease suffering for skin. 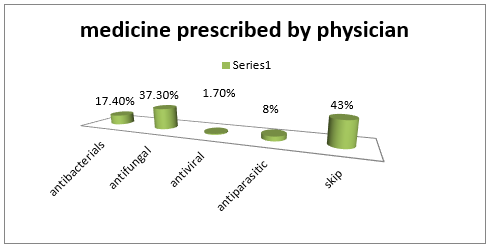 Figure 8: Medicine prescribe by physician to the respondents.

Figure 9: Medicine prescribe by physician to the respondents.

Table 7: Association between types of diabetic mellitus and skin infection.

Note: The above table shows that there is no significant relationship between level of diabetic mellitus and soft tissue infection, x2(1, N=121) =13.709, p=.320.

It is an important question that the diagnosis is very important for treatment of diabetes mellitus. The exact diagnosis is needed to treat the disease. If it is diagnosed, then the treatment protocol is difference. Among the respondent the highest percentage of the respondent’s sufferings from type- 2 diabetic mellitus about 99(81.8 %),18 (14.9 %) sufferings from type- 1 diabetic mellitus and rest 1 % sufferings from other specific causes. The invasive bacterial infections like Group B streptococcus have also been associated with DM. Some studies record Group B streptococcal disease in number of pregnant adults [22,23]. Skin, soft tissue and bone (cellulites, foot ulcers and decubitus ulcers) are the frequently infected areas in Group B streptococcus infection.

The risk of Group B streptococcal infections was found to be increased with age [24]. Staphylococcus aureus is a major pathogen implicated in diabetic foot infections [9,25]. Staphylococcal folliculitis or skin abscesses are counted as the most common bacterial infections in uncontrolled diabetes (Klingelhoets et al. 2015) [26,27]. Acute and Invasive (“malignant”) otitis externa is a quite rare but potentially fatal infection of the external auditory canal and skull. It mainly involves inflammation of the ear canal [28]. Pseudomonas aeruginosa is the causative organism in the vast majority of cases. The acute form is caused primarily by P. aeruginosa and S. aureus. Acute otitis externa manifests with Unrelenting pain and rapid onset of ear canal inflammation, resulting in otalgia, itching, canal edema, canal erythema, and otorrhea.

The perineum, trunk, abdomen and upper extremities are most commonly involved in Necrotizing fasciitis [13,29,30]. In softtissue infections, foot infections are the most common soft tissue infections in patients with diabetes [14]. In diabetic individuals, mycotic infections might elevate the risk of manifesting diabetic foot syndrome [19]. Moreover, Glossitis, Paronychia, and onychomycosis are quite frequent [17,31-33]. In the present study, the highest percentage of the respondents had itching about 37.2%, 36.4% has no skin disease, 12.4% has skin ulcer, 8.35 has scaling and 5.8% has color change. Among the respondent the highest percentage of the respondents taking anti-fungal 37.3%, 17.4% taking antibacterial, 8% antiparasitic and 1.7 % antivirals.

Diabetes mellitus is one of the chronic deadly diseases worldwide. The complication of this disease is mainly the burden. Skin and soft tissue infection is most common complication of this disease [34-36]. Diabetic patient is more porn to infection by various organisms such as fungus bacteria, virus, parasite etc. The study reveals that, within 121 respondents, most of the diabetic patients had skin and soft tissue infection and the patients who had uncontrolled blood glucose level they were frequently experienced of this complication [37]. The lack of knowledge and also unhealthy practices are also a cause of skin and soft tissue infection among diabetic patients. Skin disease is more frequently occur among the patients whose blood glucose level was chronic and uncontrolled [38]. The prevalence of diabetic mellitus is increasing day by day and is the second cause of death worldwide. Due to its complications, the condition will be more dangerous if we cannot prevent the DM as well as control of blood sugar level of patients. That may cause various types of health complications and threatened our life [39- 43].

I also like to express my sincere, deepest and heartfelt gratitude to my Supervisor and the Faculty Public Health Department and faculty members who permitted and supported me to conduct this research. This research would not have been possible without support from the people of Faridpur diabetic Association Medical College, Hospital. They help me to interview the participants for the purpose of the study. Most importantly,

Skin and Soft Tissue Infections Among the Diabetic Patients in Faridpur, Bangladesh