Sindh is a lower riparian province and its total dependency based on Indus River for water. But since last few decades, Sindh is vulnerable and faces quiet water shortage from upstream overreaching water flow. Even though, Sindh still receives 42 percent of the water share from the Indus Basin just according to Water Accord of 1991 (an agreement signed on the sharing of water between the provinces of Pakistan) whereas Sindh’s population was roughly 30 million in 1998. According to recent census of 2017, Sindh’s headcount about 50 million populations. Yet, the water availability has not been fairly revised and nor transparently ensured to practice in accordance with the current population growth, increased water consumption, rapid industrialization and urbanization occupies in the province. An unfair water distribution in country has already created concerns in the provinces. State policies and actions still seems fails in dealing with water crisis and proved water conflict which further resulted in appearance of internal political proxy war between the provinces inside the country. Generally, in rural and especially in deltaic areas of Sindh, the potable water is unavailable. The surface water is an invisible while the underground water is saline in the most part of deltaic villages. Women and girls have no any access to collect or fetch safe drinking water from nearby distance. The common rural women with village girls almost covers a far and long distance and seems roaming in search of water for their homes and families. While the local migration is going on towards Garo and Karachi as a result of unavailability of fresh water and the area gradually becomes deserted.

The local settlements have great concerns and expressed with sorrow that state must listen our grievances and ensure the availability of water which is our prime and first priority need. The waterborne diseases such as; Diarrhea, Typhoid, Cholera, Dysentery, Salmonella and Skin Infection are found most prevalent in children, women and elderly persons due to stagnant water surrounded by the settlements. Even though, local inhabitants are compelled to use saline water for drinking and cooking purpose which is unfit for human consumption and could lead to common health crisis. The people of the area are severely malnourished by inability to grow food due to unavailable fresh water. With such a scenario, Pakistan is far from achieving its adopted Sustainable Development Goal number six which promises access to safe, affordable and available drinking water for all by the year 2030. The agriculture sector is considered as a backbone of the country’s economy has been completely destroyed due to unavailability of fresh water and intrusion of sea in the whole deltaic region. Even the cultivated land has been converted into water logging and saline land. The farmers of Indus delta sadly expressed that their lands are unable to further cultivate any crop. Sindh requires a minimum environmental flow of water to maintain the proper functioning and health of its water bodies such as the Indus Delta mangroves and coastal wetlands. These mangroves and freshwater lakes have to be safeguarded from degradation and over-exploitation as they not only serve as fishery grounds but are vital to maintaining the natural balance of the water ecosystems [1-18]. 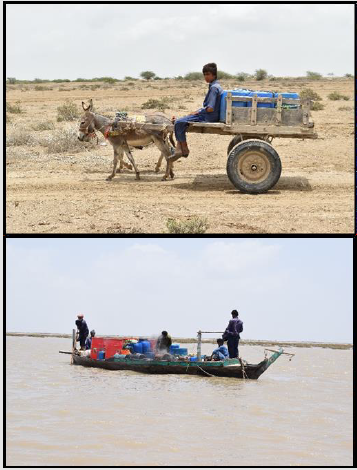 There is an urgent need for paradigm shift that promotes more judicious use of water and thinking about water resources management and highlight the social and environmental aspects of poor water resources management across the country, particularly in Sindh. It is time now to put people at the center of the discourse. It is absolutely possible to introduce an overarching Sindh water policy, a detailed master plan for each district and city of Sindh, should be conceived where decision making with equal representation and input of all segments of society is ensured and incorporated. At least, nationally agreed 30 million Acre Foot (MAF) water should release immediately in downstream Indus Delta (Figures 1-4). In the light of above context, the issue of water crisis can be resolved through adopting and practicing modern technologies such as; water conservation and management technologies, recycling wastewater, improving irrigation and agricultural practices, graphene filter, solar impulse efficient solution and introducing energy efficient desalination plants. Additionally, press, electronic and social media activists all are requested to raise and highlight Sindh’s water crisis issue in media and start media campaign so that new debate may start in parliament and legislators and policymakers pass and implement new laws or bring reforms in its current water policy in the light of recent population growth, poverty and socio-economic circumstances of the province only with aim to ensure availability of fresh water in the deltaic area of Sindh and we may hope to see good future of our generation. 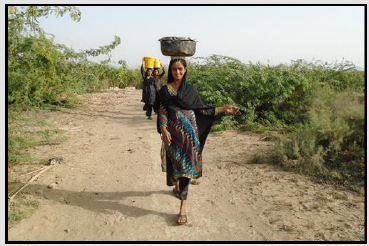 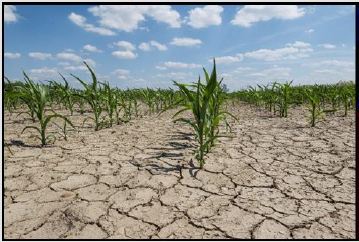 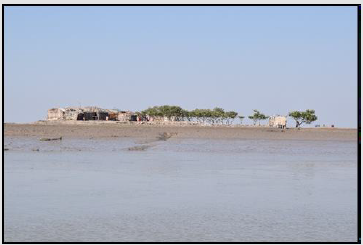 Sindh is a lower riparian province and its total dependency based on Indus River for water. But since last few decades, Sindh is vulnerable and faces quiet water shortage from upstream overreaching water flow. Even though, Sindh still receives 42 percent of the water share from the Indus Basin just according to Water Accord of 1991 (an agreement signed on the sharing of water between the provinces of Pakistan) whereas Sindh’s population was roughly 30 million in 1998.