Keratoconous is derived from Greek word “Kerato” means cornea and “conus” means cone. It is a non-inflammatory eye disorder linked to the progressive thinning of corneal stroma, asymmetrical corneal distortion and protrusion. Visual acuity, headache, photophobia, monocular diplopia and glare are some of the symptoms associated to keratoconous. Light microscopy, confocal microscopy and optical coherence tomography are the techniques utilized to observe corneal changes in keratoconous. Intra stromal corneal ring segment, Corneal collagen cross linkages to stabilize the cornea, Corneal transplant are some of the treatment employed to treat KC.

Eye is one of the major and complex organs in human. The main function of the eye is to alter the light signals into electrical signal which brain can interpret. Cornea is the part of human eye, which play significant role in the image formation. Cornea composes of five layers which are epithelium, Bowman’s layer, Stroma, Descent’s and endothelium. Keratoconous affect both male and female. It usually does not direct to the complete blindness[1]. Keratoconous comes from Greek word “Kerato” means cornea and “conus” means cone. It is a non-inflammatory eye disorder linked with progressive thinning of corneal stroma, asymmetrical corneal distortion and protrusion. Human corneal stroma is composed of 200 flattened lamella, superimposed one another. Flattened lamella are each about 1.5- 2.5 um in thickness. Keratoconous usually appears during second decade of life and it further proceed for two decades until get stabilized. Its symptom varies with the disease severity. In moderate case Fleischer ring around the cones is formed because of the accumulation of iron. Another characteristic of KC is Vogt’s striae, a fine line formed because of the compression of Descemet’s membrane. Different strategies are adopted to know the actual cause of this disease. The world-wide estimated prevalence of keratoconous is 50 to 230 per 100,000[2](Figure 1). 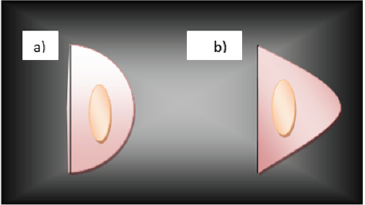 (a) Cornea with normal curvature,

From many years scientists are working to find the actual cause of KC. But they come to know that this is multifactorial disease and associated with genetics and environment factors[4].

Majority of Keratoconous cases are sporadic, which did not have any family history. First degree relatives who suffered from Keratoconous have 15 to 67 times higher risk of developing keratoconous than normal population. In the familial cases the pattern of inheritance is autosomal dominant. It is a complex non Mendelian disease. Mutation in MIR184 gene has been found to cause keratoconous, but the majority of mutation still remains to be identified. 5 to 10 % of patients have positive family history. In such case both autosomal dominant and recessive pattern of inheritance have been observed [5,6].

Most of the cases of Keratoconous are sporadic. Along with the genetic factors many environmental factors were also responsible for Keratoconous. These factors include vigorous eye rubbing and ultraviolent light exposure[7].

Other Factors Responsible for Keratoconous

Beside genetic and environmental factors many other factors may be associated with Keratoconous. Such as Down syndrome patients were found to have higher frequency to develop Keratoconous. It may be associated with Leber congenital amaurosis. Up to 30% Leber congenital amaurosis patients were reported to have Keratoconous. Some studies also link Keratoconous with connective tissue diseases which may include Ehlers -Danlos syndrome, osteogensis imperfect, mitral valve prolapsed and joint hyper mobility disease. Nemetet al reported Keratoconous is positively linked to allergic immune disorder and autoimmune disease. In many studies negative association has been found between diabetes mellitus and Keratoconous[3].

Development of KC has been proposed to be correlated with hormonal changes that occur at puberty, pregnancy or menopause. There was a reported case in which pregnancy has induced the progression of KC. Some studies have postulated that pregnancy may be considered a risk factor of KC. The hormonal Changes in pregnancy have negative impact on corneal biomechanics. During the gestation period women experienced significant progression in KC[3].

Front of the cornea is surrounded by tear film and posterior by aqueous humor. Eye refractive power depends upon the corneal shape and transparency. Researcher used variety of techniques to evaluate the major morphological changes in KC patients. Light microscopy, confocal microscopy and optical coherence tomography are the techniques used to examine cornea in vivo, while electron and light microscopy has been used to corneal tissue in vitro[3].

Eye is made of different layers as shown in Figure 2. Normal eye has unaffected cornea with uniform central thickness and curvature. While the cornea affected by keratoconous has conical curvature and showed following features: 1- Thinning of corneal stroma with folding artifacts. 2- Break in Bowman’s layer because of weak collagen fiber network. 3- Iron decomposition.Other stromal structural changes include reduction in keratocytes, epithelial cells and disturbance in the organization of collagen fiber arrangement. Thinning of collagen lamellae causes the reduction in the number of cross links, loss of collagen fibrils in stroma. Collagen fibrils loss has been associated to proteolytic enzyme or reduced level of proteinase inhibitors. Detail study on mechanical properties of normal and keratoconic corneal reveals that inflexibility, stress and energy absorption was less in latter. These finding indicate that Keratoconic cornea is weaker and more flexible as compared to the unaffected cornea[1](Figure 2). 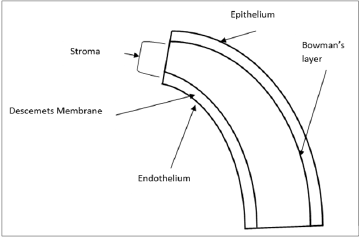 Figure 2: Eye is made of different layers.

Few inflammatory mediators has been found and tested in the fluid of tears of keratoconous patients. These include wide variety of inflammation regulating cytokines in the sera and tears of keratoconous and control individuals. Interleukin (1L)-1B, IL-4, IL- 6, IL-10, IL-12, IL-13, IL-17, interferon (IFN)-γ, chemokine C-C motif ligand 5 (CCL5) and tumor necrosis factor (TNF)-α were tested in sera and tear samples of control individuals and keratoconous by multiplex immuno-bead assays. Cytokines in the sera have no significant change in keratoconous and control subjects. The difference found between the two groups was the increase IL-6, decrease IL-12, TNF-α, IFN-γ, IL-4, IL-13 and CCL5 in keratoconus compared to control individual tear fluids. IL-13 decrease was statistically major in severe keratoconous individuals, determined by conventional ELISA. It indicates degenerative process leading to thinning and weakening of corneal connective tissue[8].

VSX1 gene is located on chromosome 20p11-q11. This gene code such protein which contain homeodomain, it binds to the core of locus control region of red green visual pigment gene cluster. The expression of cone opsin gene may be regulated by the encoded protein. If this gene gets mutated, then this may cause posterior polymorphous corneal dystrophy and keratoconous[9].

Different scientist worked to find out the type of mutation in VSX1gene responsible for keratocous. In Turkey the “VSX1” was studied in keratoconous patients. Scientists detected two missence mutations D144N and D295Y in exon 2 and exon 5of VSX1 gene respectively in affected patients by using generation sequence analysis. The pathogenic effect of these missence mutation protein function were also determined by bioinformatic analysis tools SIFT, Polyphen and Mutation Taster. These results explain that the D144N and D295Y mutation might have role in pathogenesis of keratoconous[10].

Genetic analysis of VSX1 gene in Korean patients suggest that two novel missencesubstitution (Leu17Val and Val199Leu) and one substitution (Gly160Val) do not have significant role in the pathogenesity of keratoconous[11].

Under sophisticated experimental investigation it was observed that the occurrence of KC was 86 patients per 100 000 residents and the incidence at 1.3 per 100 000 per year. Whole experiment was concluded as KC is quite prevalent in Denmark, with approximately more than 4600 affected individuals[12].

In early stages glass may provide significant correction in image formation. Later on, cornea changes to irregular form, instead of glass “contact lens” is used as a treatment. Lens provides normal refractive surface and correct irregular astigmatism. Nature of contact lens depends upon the severity of disease as soft lens are used in early stage. At later stages due to the change in the cornea shape complex rigid gas permeable lens are used to provide mechanical support[1].

This treatment includes implantation of intra stromal corneal ring segment (INTACS). This conduct was approved by Food and Drug Authority (FAD) in 2004. This treatment is suitable for the people who are intolerant to contact lens and want to avoid corneal transplant. In this treatment a micro thin ring segment is incorporated below the external edge of cornea which modifies the shape of cornea. Through this technique the use of contact lens has become more convenient for the patients[1].

It is the method used to treat keratoconous. This method is followed when the inner layers (endothelium and Descent’s membrane) are healthy. Only external layers of corneal, epithelium and stroma are transplanted only[1].

It is also called as penetrating keratoplasty. This treatment is usually done for those patients who suffer from severe keratoconous. This gives 95% favorable results. Complications in this treatment include rejection of graft, intraocular damage, postoperative astigmatism and reoccurrence of keratoconous[1].

It is method of treatment in which covalent bonds are increased with or between the molecules of extracellular matrix such as collagen proteoglycan as shown in Figure 3.This provides stiffness and rigidity to cornea and prevents protrusion of cornea[13] (Figure 3).

Figure 3: After the CXL treatment covalent bonds are increased.

Keratoconous is one of the major eye disorder which results into corneal distortion and protrusion. But now different test and treatment are available to analyze and treat a patient.

Keratoconous is derived from Greek word “Kerato” means cornea and “conus” means cone. It is a non-inflammatory eye disorder linked to the progressive thinning of corneal stroma, asymmetrical corneal distortion and protrusion. Visual acuity, headache, photophobia, monocular diplopia and glare are some of the symptoms associated to keratoconous. Light microscopy, confocal microscopy and optical coherence tomography are the techniques utilized to observe corneal changes in keratoconous. Intra stromal corneal ring segment, Corneal collagen cross linkages to stabilize the cornea, Corneal transplant are some of the treatment employed to treat KC.