Objective: To explore the location, tumor diameter and SUVmax on PET/CT of primary tumor in non-small cell lung cancer.

Subjects and methods: Patients diagnosed with non-small cell lung cancer based on pathology results were retrospective analyzed at Oncology and Nuclear Medicine Department - Bach Mai Hospital, from November 2015 to October 2018. They were underwent 18F-FDG PET-CT scans before the treatment. The variables include location, tumor diameter, SUVmax of the primary tumor

Lung cancer is a fairly common malignancy of the respiratory system, the most common cause of cancer death in Europe in 2006 (about 334,800 deaths), after prostate cancer and is the most common type of cancer in men. The morbidity and mortality rates in 2006 were 75.3 and 64.8 / 100,000 people / year [1]. According to the statistics of the American Cancer Society in 2006, lung cancer was the leading cause of death in cancers (about 162,460 in 2006), accounting for about 13% of all cancers and 28% of the Cancer deaths [2]. In Vietnam, according to cancer epidemiological records in 2004, lung cancer is the most common cancer in the country, ranking first among men with the incidence rate in Hanoi of 39.8 / 100,000 [3].Lung cancer if detected late, the prognosis is very bad, the mortality rate is very high and death within a short time after the disease is detected. Early diagnosis and evaluation of the stage of lung cancer is a necessary and urgent need. Including important help of the diagnostic means. Conventional X-rays and computer tomography are two techniques for casualty survey. However, assessing the stage of the tumor is still limited.

The subjects selected were patients with Non-small cell lung cancer diagnosed by pathological anatomy and were taken PET / CT according to the method selected in the study.

Convenient sampling: we have selected 318 cases eligible for inclusion in the study

b) Step 2: Find and process images and save the results backed up to a large capacity hard drive on Efilm software platform. 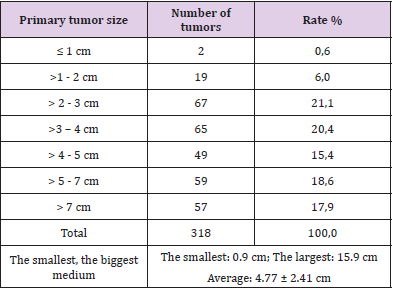 Table 2: The location of the primary tumor.

Note: The value of SUVmax primary tumor at different lung positions was not significant (p> 0.05).

Primary tumors were found in all sizes with similar proportions, the smallest tumor was 0.9 cm, the largest was 15.9cm; Average 4.77 ± 2.41 cm. The tumor is present in all hydrocephalus, in which the upper lobe accounts for the highest proportion (36.8%), followed by the lower lobe (29.2%), and the base bronchus (12.9%). SUVmax minimum primary tumor 1.4; the largest is 36.4; Average 10.95 ± 5.42. SUVmax value of primary tumor at different lung positions had no significant difference (p> 0.05). Some studies have used a single fixed threshold for SUVs of 2.5, while others have applied SUV 3.0 thresholds to distinguish benign and malignant lesions [4]. SUVs can be influenced by many factors, including tumor characteristics and plasma glucose levels [5]. Not all lesions in the lung with increased metabolism have to be determined by histopathology. Therefore PET / CT survey plays a very important role in the diagnosis.

SUV is a semi-quantitative indicator that assesses the tumor’s FDG uptake. On that basis, collect metabolic assessment information [4]. However, some studies show that SUVs are not an independent prognostic factor when compared to the period [6]. In Park SB et al. [4], SUVmax was not an independent prognostic factor with survival time on univariate analysis (P = 0.168). This author’s result is also consistent with previous reports that have found that SUVmax is not an independent prognostic factor for survival time [6]. This can be partly explained by the influence of the partial volume and the dependence of SUVmax on tumor size. SUV is a unique voxel measurement, with the points with the highest radioactive concentration in the Volume of Interest (VOI). So. may not reflect the heterogeneous nature of the tumor and it is easily affected by noise interferences in statistics and voxel size [5]. Difference of SUVmax is only representative for single voxel. In the meanwhile, MTV and TLG represent the extent of FDG uptake of the whole tumor and have been considered as a better predictor of index than SUVmax, giving good applicability in clinical practice in the survey. types of malignancies [7]. The clinical signs and symptoms of lung cancer are often vague or nonspecific, including cough, chest pain, hoarseness, recurrent pneumonia and coughing up blood. Conventional X-rays help find lung nodules or tumors, but often produce false-negative results, especially in early-stage disease [8]. In a study of 396 lung radiographs of proven lung cancer patients from 1992-1995, nearly 20% of lung cancer was undetectable, usually with nodules less than 1.6 cm in diameter [9]. Many cases were not detected on radiographs, until lesions were detected relatively large in size [8]. Computerized tomography has greatly improved compared to pulmonary X-ray in detecting small lesions [10].

Objective: To explore the location, tumor diameter and SUVmax on PET/CT of primary tumor in non-small cell lung cancer.

Subjects and methods: Patients diagnosed with non-small cell lung cancer based on pathology results were retrospective analyzed at Oncology and Nuclear Medicine Department - Bach Mai Hospital, from November 2015 to October 2018. They were underwent 18F-FDG PET-CT scans before the treatment. The variables include location, tumor diameter, SUVmax of the primary tumor