Nitric acid production represents the largest source of N2O in chemical industry, with global annual emission of 23.7 million tons of N2O per year. N2O has a high impact on the environment as greenhouse gas and stratospheric ozone depletory [1].

In this production, the formation of nitrous oxide is possible along two chemical routes [2]:

1. During the oxidation of ammonia in the contact reactor nitrous oxide (N2O) is formed as by-product.

2. In the process of low-temperature catalytic reduction of nitrogen oxides with ammonia.

The efficiency of the catalytic reduction of nitrous oxide (I) is determined primarily by the activity of the catalyst used. The active site of СоО -exchanged catalyst for N2O decomposition is well known as divalent CoO (II) cations which closely collaborate on the N2O splitting. Thus, the formation of CoO-O is a key to achieve better performance in the N2O decomposition. The catalyst preparation method plays an important role in controlling the catalyst activity [3]. The catalyst’s activity towards N2O decomposition is often significantly affected by the various components such as H2O, O2 in the flue gas. The catalyst activity inhibition from H2O and O2 should be paid serious attention to. Therefore, the effects of the components in the flue gas on the catalyst’s activity have also been investigated in the study. Catalysts based on cobalt ferrite are highly active in the decomposition of nitrous oxide in the production of nitric acid. The residual nitrous oxide content depends on the selected process conditions. On the same catalyst, catalytic activity may vary. The paper presents the dependence of the degree of conversion on almost all technological factors: temperature, pressure, concentration of water vapor, H2 and O2. 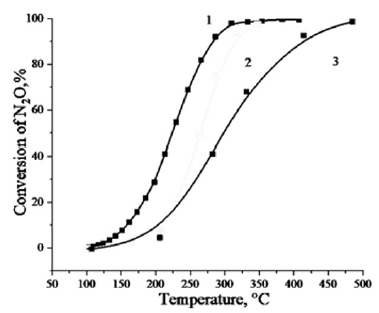 Figure 1: Catalytic activity of the catalyst based on CoFe2O4. 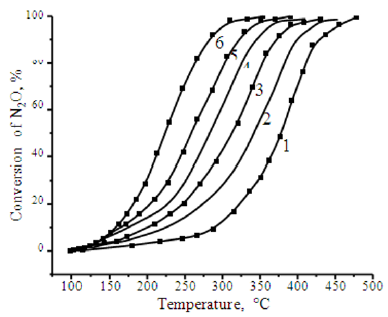 Figure 2: The effect of pressure on the decomposition of nitrous oxide.

Also, the effect of oxygen and water on the decomposition of N2O was observed. Water inhibition effect and oxygen one differs. Water simply blocks a catalyst’s site. Role of oxygen could be presented in two stages. At the first stage of N2O decomposition reaction, oxygen competes with nitrous oxide for active sites. At the second stage N2O mixes with oxygen and starts recombination, which creates idle cycles. “The work was carried out as part of the state assignment for the implementation of research. Theme number FZZW-2020-0010 ».

Nitric acid production represents the largest source of N2O in chemical industry, with global annual emission of 23.7 million tons of N2O per year. N2O has a high impact on the environment as greenhouse gas and stratospheric ozone depletory [1].