Many groups have demonstrated the potential of cell delivery in therapeutic applications by directly injecting a dispersion of cells into the diseased or injured site [1-4]. Despite its proven ability to improve organ and tissue function after damage, cell transplantation is limited by poor graft retention following the delivery of the cells. A significant proportion of the transplanted cells leak out through the hole that is made by the puncturing needle or enter systemic circulation [5,6]. How to precisely control the amount, distribution, and viability of the injected cells has become a major challenge in maximizing the therapeutic effects and elucidating the healing mechanism [7,8].

To prevent loss of cells, various injectable hydrogels, formed from native or synthetic polymers, have been co-implanted with the cells [9-12]. Upon injection, the hydrogels undergo an in-situ sol-gel transition and thus embed the transplanted cells intramuscularly. As a major drawback, the cells encapsulated within the interior of a bulk hydrogel may lack a sufficient supply of oxygen or nutrient, resulting in massive cell death and a non-uniform cell distribution [13]. In addition, their low mechanical strength and durability are still problematic for practical applications [14]. In comparison, porous constructs made of synthetic and/or natural polymers with a three-dimensionally(3D) porous structure are attractive carriers for cell delivery because they allow for quantification of the number of cells injected, as well as improvement of cell viability and retention [15]. In particular, injectable scaffolds show promise for this application, as cells can be mixed homogeneously with the scaffold formulation prior to injection. The ability to deliver injectable scaffolds in a minimally invasive manner to a cavity of any size or shape renders them especially attractive for clinical use in tissue repair [16]. One type of injectable scaffold for tissue engineering applications involves the use of discreet polymer microspheres. Microspheres can be fabricated using a variety of different biodegradable polymers such as chitosan, gelatin and PLGA, and their use for delivery of cells and growth factors for repair of tissues such as bone, skin and brain has been reported [17-21]. To establish a polymer and porosity that would produce structurally stable porous scaffolds, we tried to manufacture microspheres from various polymers. Finally, an in vitro Hep3BGFP cell culture on the porous microspheres was carried out to evaluate the influence of the various polymer microspheres on cell growth and to assess the microspheres biomedical potentials as microcarriers.

Gas-foaming method was used with the ammonium bicarbonate as porogen. To 8 mL of methylene chloride containing 6.25% (w/v) PLGA, 2.5 mL of deionized water containing different amounts of ammonium bicarbonate (5, 10, 20 and 30%, w/v) was added. The first W-O emulsion was prepared using a homogenizer (Dispenser T 10 basic, IKA Works, Inc.) at 5,000 rpm for 3 min. This primary emulsion was immediately poured into a beaker containing 300 mL of 0.1% (w/v) PVA solution and then was re-emulsified by using a magnetic stirrer (HS 10, IKA Works, Inc.) for 4 hours at 200 rpm. After the solvent was evaporated, the microspheres were separated by centrifugation, washed three times with distilled water, and lyophilized using a freeze dryer [22]. The lyophilized microspheres were immersed in 80 mL of various concentrations of NaOH solution for 2 hours for control of pore size. Afterward, the hydrolyzed microspheres were washed with distilled water to remove the remaining NaOH solution [23].

On the other hand, porous PLGA microspheres were prepared using a microfluidic system that consisted of a Tygon® tube (0.8 mm i.d. 1/16 in. o.d.), a glass capillary (1.15 mm i.d. 1.5 mm o.d.), and needles (25G). The device with two-way flow channels was fabricated by inserting the needle and the capillary tube into the Tygon® tube, followed by sealing with epoxy adhesive [24]. The W-O emulsion was prepared by emulsifying a 7.5% aqueous solution of gelatin (w/v, 2g) and 1% PVA (w/v) in a 2% PLGA solution (w/v, 6g) with a homogenizer (Dispenser T 10 basic, IKA Works, Inc.) at 20,000 rpm for 3 min. Subsequently, the prepared emulsion was introduced as a discontinuous phase into the fluidic device, in which 1% aqueous PVA solution (w/v) served as the continuous phase. The flow rates of the discontinuous and continuous phases were maintained at 0.05 and 2 mL/min. by syringe pump (LSP01, Longer pump) and peristaltic pump (Matesrflex p/s, THERMO), respectively. The W-O-W droplets, formed at the tip of the needle, flowed along the capillary tube into ice-cold water (collection phase) and were gently stirred overnight to remove the organic solvent by evaporation. To remove the residual gelatin, the acquired microspheres were gently stirred for 3 hours in a warm water bath. The resultant microspheres were washed with deionized water three times and collected for further application [25].

Porous chitosan microspheres were prepared using freezedrying method by the encapsulator (B-395 PRO, Buchi). The setup consisted of a syringe pump, a 10 mL syringe with 80 um nozzle, and a Dewar flask (KGW). A series of chitosan solutions (1, 2 and 4%, w/v) in 100 mM acetic acid was used. The positive lead from the power supply was attached to the nozzle, and the collector (Dewar flask) was connected to the ground. The distance between the needle tip and the collector was 5 cm. With 1300 Hz frequency and electrode 1,000 V applied by a power supply, the chitosan solution was continuously pumped out through the needle by the syringe pump at a flow rate of 1.5 mL/min., forming microspheres in a dripping mode, and collected into a Dewar flask filled with liquid nitrogen. To investigate the control of pore size, the collected microspheres were thawed through shaking for different periods of time in the Dewar flask [26]. Aliquots of the sample for scanning electron microscopy were then lyophilized (FreeZone® 4.5 ©Labconco freeze dry system) for 2 days.

Scanning electron microscopy (SNE-4000M, SEC, KR) was used to observe the surface morphology and pore size of the microspheres. The morphology of microspheres was observed after gold coating using a sputter- coater (MCM-100, SEC, KR). The distribution of pore and microspheres size calculated using ImageJ. 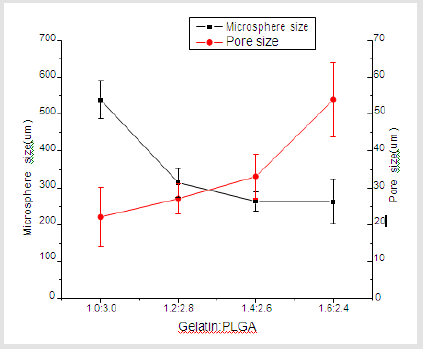 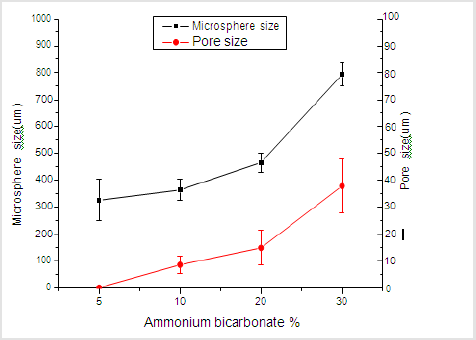 Figure 5: SEM images of porous PLGA microspheres before and after hydrolysis in different concentration of NaOH solution. (a) Original PLGA; (b) 0.1M; (c) 0.15M; (d) 0.2M.

Figure 6 shows the morphologies of porous chitosan microspheres obtained; that the pores were well interconnected; and that their distribution was fairly homogeneous. As the chitosan concentration increased from 1 to 4 wt%, the diameter of the porous microspheres was increased and the pore size and porosity were decreased. As shown in Figure 7, the pore size was dramatically increased by the thaw-refreeze method. It was evident that a longer thawing time results in the formation of larger interconnected pores inside the microspheres. When the chitosan microspheres were frozen with liquid nitrogen, the water crystallized into ice rapidly, which resulted in a small pore size. However, when the frozen chitosan microspheres were slightly thawed under specific conditions, the melted ice crystals and chitosan molecules restored the mobility, combined with each other, and finally reformed their structure [26]. 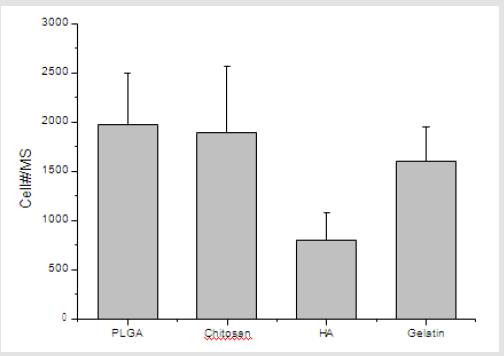 Figure 12: The number of Hep3B-GFP adherent to cell-loaded microspheres in spinner flask culture after 7days.

In this study, porous microspheres were used to ensure good retention of the engrafted cells as a platform for cell delivery. The pore size could be controlled, depending on the polymer and method of preparation. This study demonstrates the feasibility of using porous microspheres as a cell culture substrate to expand cells and as a cell transplantation vehicle. These findings may contribute to the development of injectable tissue engineering solutions for therapy and repair of tissue.