Does Vitamin D Deficiency is a Risk Factor for Diabetic Nephropathy in Egyptian Diabetic Patients?

Type 2 diabetes mellitus is a group of metabolic diseases as result of chronic hyperglycemia resulting from defects in insulin secretion, insulin action, or both [1]. Diabetic nephropathy is leading cause of end stage chronic kidney disease in patients starting renal replacement therapy and affects 40% of type 1 and type 2 diabetic patients [2]. The natural course of diabetic nephropathy is characterized by specific renal morphological and functional changes. The first renal change occur is micro-albuminuria (30 - 300mg/ day), glomerular hyperfiltration, glomerular and renal hypertrophy, increased basement membrane thickness, and mesangial expansion with the accumulation of extracellular matrix proteins such as collagen, fibronectin, and laminin. Advanced diabetic nephropathy is characterized by macroalbuminuria (>300 mg/day) [3]. Vitamin D known as sunshine vitamin is fat soluble vitamin produced after exposure of the skin to sunlight [4]. Vitamin D from the diet is biologically inactive; activation requires enzymatic conversion (hydroxylation) in the liver and kidney [5]. The renin angiotensin system (RAAS) is a major mediator of progressive renal injury in diabetic nephropathy. Vitamin D negatively regulates the RAAS by suppressing rennin expression and thus plays renoprotective role in diabetic nephropathy. Combination therapy with an RAAS inhibitor and vitamin D analogue markedly ameliorates renal injuries due to blockade of compensatory rennin increase by the analogue [6].

Aim of the Study

Is to study serum level of vitamin D in Egyptian diabetic patients with and without nephropathy.

This study was conducted at Mansoura University, Specialized Medical Hospital, (inpatient and outpatient clinic internal medicine department).It was approved by the institutional review board, and a written informed consent was obtained from all participants and met the requirements of local ethical committee ; Mansoura University. The study was done on 100 diabetic patients and 50 control subjects and lasting for 12 months (from January 2017 to January 2018). Patients with established diagnosis of diabetes mellitus on basis of medical history, clinical examination and laboratory tests [7]. The study included 100 diabetic patients (90 male and 10 female) between the ages of 18 - 73 years old, while the control group was 50 subjects (40 male and 10 female) between the ages of 30 - 64 years old. The diabetic patients group was divided into two main groups’ diabetic patients without nephropathy group and diabetic patients with nephropathy group based on ADA diagnostic criteria on diabetic nephropathy which is the persistent presence of elevated urinary albumin excretion (albuminuria),low estimated glomerular filtration rate (eGFR) in the absence of signs or symptoms of other primary causes of kidney damage [8]. The following exclusions criteria were considered in selecting the diabetic patients :

a) Any hypertensive patients not related to diabetic complication

c) Any patient with pre-existing renal disease not related to diabetic complications.

d) Any patient with systemic diseases that affect kidney as Systemic lupus.

Patients Included in this Study Were Subjected To

The following laboratory tests were done in order to evaluate the patients as serum creatinine, serum albumin, glycosylated hemoglobin (HbA1c), urinary albumin/creatinine ratio, serum 25(OH) vitamin D level. The laboratory tests were done using Enzyme-Linked Immunosorbent Assay (ELISA) test which was tested in human plasma and serum samples. The diabetic patient with nephropathy was subdivided according to their eGFR to five groups:

f) CKD stages 4&5 were excluded in our study. 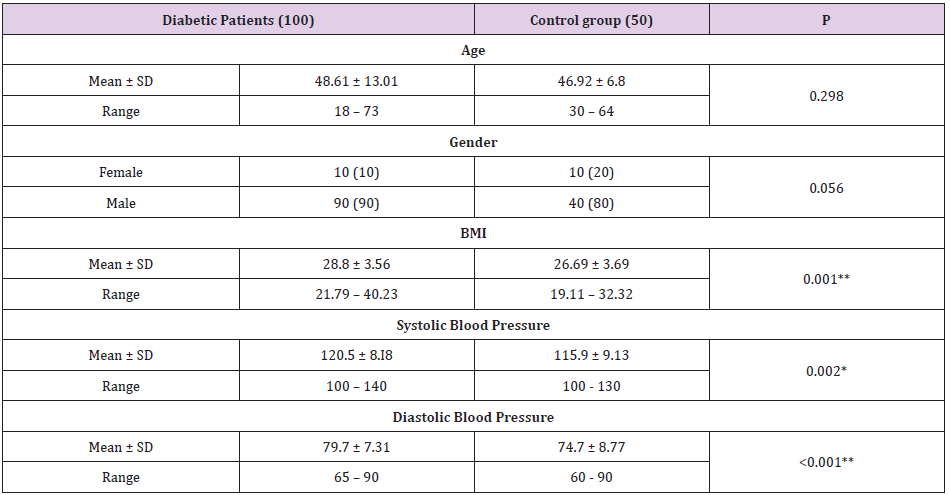 Table 3: Comparison between groups with and without nephropathy.

Table 4: Laboratory investigations of diabetic patients with and without nephropathy. 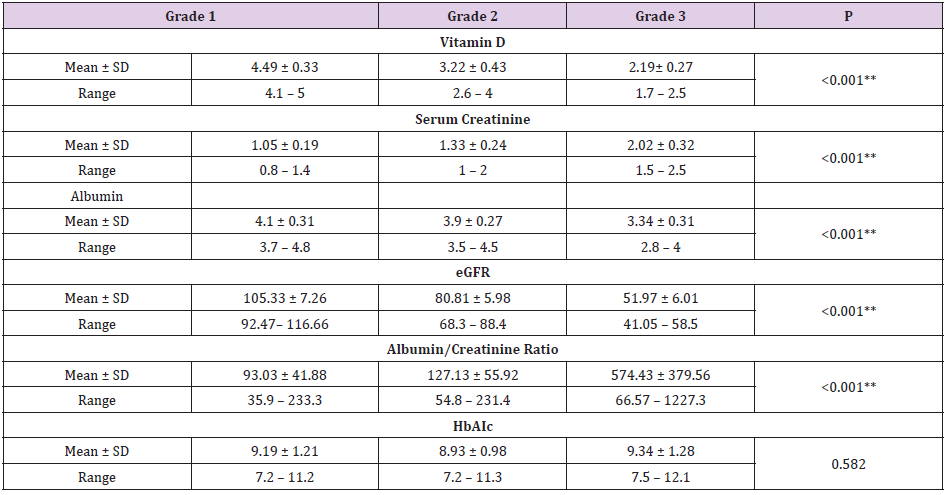 Table 5: laboratory investigations of diabetic nephropathy patients according to grade of nephropathy.

a. Grade I nephropathy according to eGFR: more than 90.

Table 6: Correlation between vitamin D and other variables.

Vitamin D status can show associations with diabetic complications including nephropathy, neuropathy and retinopathy [10]. Vitamin D plays an important role in diabetic kidney disease through several pathways such as reducing oxidative stress and inflammation, maintaining podocyte healthy in the kidneys, suppressing renin gene transcription [11]. Our study revealed that in diabetic group, serum creatinine was higher, however serum albumin, eGFR were lower than control group. Vitamin D serum level tended to be lower in diabetic patients as shown in Table 2. This was in agreement with Bener, et al. [12]; who studied 170 diabetic patients and 170 control subjects and showed that vitamin D deficiency was considerably higher in diabetic patients (90.6%) compared to non-diabetic population (85.3%).Our study revealed that the systolic blood pressure was higher in diabetic nephropathy group than non-nephropathy group as shown in Table 3. Marsida, et al. [13]; agreed with this study that higher blood pressures are associated with diabetic nephropathy; his study was conducted on 900 diabetic patients to define risk factors for diabetic complications.

Derakhshanian, et al. [17]; meta-analysis showed a significant inverse association between serum vitamin D status and risk for nephropathy in patients with diabetes. However, no significant change following vitamin D supplementation was found alter neither the disease progression nor support causality. In our study HbA1c was higher in diabetic nephropathy patients than diabetic patients without nephropathy (Table 4). However, there was no significant difference regarding it between grades of nephropathy (Table 5). Serum creatinine and albumin\creatinine ratio were higher in grade 3 nephropathy than other groups. However, serum albumin and eGFR were lower in grade 3 nephropathy compared to other groups (Table 5). Sánchez-Hernández, et al. [18]; study was done on 113 patients with diabetes related CKD, 61 patients with long lasting type 2 diabetes without advanced CKD and 80 normal subjects without diabetes showed that low vitamin D status was associated with advanced diabetic nephropathy. This relationship was not entirely attributable to the individual effects of CKD or long-lasting diabetes.

However, Subhashini, et al. [19]; collected data from 27098 diabetic patients and found that there was no significant difference in 25 (OH) vitamin D levels between subjects with diabetes and glomerular filtration rate (e-GFR) < 60 compared to those with e-GFR ≥ 60.The explanation the progressive decrease in vitamin D level with the different stages of CKD may be due to the progressive loss of renal 1-hydroxylase with the reductions in functional renal mass, the inhibition of remnant 1-hydroxylase activity by elevations in serum levels of uremic toxins and increase megalin expression (a multiligand receptor mediates the active process of endocytosis of the filtered 25 vitamin D bound to its carrier, the vitamin D-binding protein, from the glomerular ultra-filtrate). Serum creatinine and GFR decline in the natural course of CKD progression, while the serum albumin decline may be due to proteinuria and progressive loss of renal tissue while albumin/ creatinine ratio increase due to progressive increase of urinary protein excretion. In diabetic patients without nephropathy, there were significant negative correlation between vitamin D and HbAIc and positive correlation with serum albumin. Whereas in diabetic patients with nephropathy, vitamin D serum level had significant negative correlations with serum creatinine and albumin/ creatinine ratio, but it had significant positive correlation with serum albumin and eGFR (Table 6). Kajbaf, et al. [20]; studied 245 diabetic patients with nephropathy in different stages of CKD and found that 25(OH) vitamin D levels were negatively correlated with HbAIc levels. Lim, et al. [21]; also agreed with our results, his study was conducted on100 type 2 diabetes patients with stage 3-4 CKD and found Lower serum 25(OH) vitamin D was associated with poorer glycemic control and higher insulin use among multi-ethnic Asians with type 2 diabetes stage 3-4 CKD.

Does Vitamin D Deficiency is a Risk Factor for Diabetic Nephropathy in Egyptian Diabetic Patients?