Withanolides is a class of active compounds widely found in Solanaceae plants. In traditional applications, it has a long history and a wide range of functions. With the progress of drug structure and pharmacological research, more and more reports point to its excellent anticancer effect. Solanaceae is widely distributed, providing a large number of sources for the structure and pharmacological research of its natural products. At the same time, in the light of market demand, the circulation of such medicinal materials is enormous. Based on the pharmacological action of inhibiting NF-κB signaling pathway, withanolides has become a research hotspot in natural medicine. Perhaps combining traditional clinical practice will point out a new research direction to provide basic information for the development of new drugs for difficult cases. 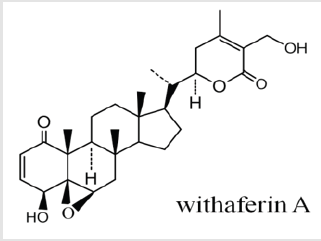 Figure 1: The chemical structure of withaferin A.

Withania somnifera (L.) Dunal (Family, Solanaceae) commonly known as Ashwagandha or winter cherry is one of the top medicinal herbs used in Ayurveda-the holistic system of Indian medicine. The principle bioactive components, a group of secondary metabolites collectively called withanolides, are C-28 steroidal lactones [1]. Withaferin A, a steroidal lactone that was initially isolated from Withania somnifera (winter cherry) in 1965 and was the first member of the withanolides to be discovered (Figure 1). Withanolides is a series of small molecules widely found in Solanaceae. The solanaceae plant is traditionally used to treat asthma, parasitic disease, constipation, edema, glaucoma, headache, hepatopathy, reducing swelling and inflammation, postpartum pain, skin diseases [2-4]. In the past decade, with the rapid development and application of various separation techniques and spectral analysis techniques, especially nuclear magnetic resonance spectroscopy, the research speed of the compounds in the solanaceae has been greatly accelerated, and its structural research has made great progress. Up to now, more than 900 kinds of withanolides have been separated from the whole world [5,6]. In recent years, many anti-inflammatory and cytotoxic effects of withanolides have been reported. Its pharmacological targets are more focused on the NF-κB and STAT3 signaling pathways. NF-κB regulates a great deal of physiological processes including cellular proliferation, development, differentiation, immunity, apoptosis, inflammation and metabolism [7]. Abnormal STAT3 activity dysregulates growth and survival, promotes angiogenesis [8], migration and invasion of tumor cells, and induces tumorimmune tolerance. The activation and interaction between STAT3 and NF-κB plays a pivotal role in control of the communication between cancer cells and inflammatory cells [8]. In addition, the anti-cancer activities of TNF-α are enhanced when combined with the withanolides [9]. Since the pathogenesis of cancer and psoriasis is similar in cell proliferation, inflammation, angiogenesis and related signaling pathways, psoriasis [10], arthritis, cancer and other autoimmune diseases will have a broad prospect for the experiment of withanolides.

Plants with withanolides are common in Datura wrightii, Jaborosa caulescens, Physalis hispida, P. longifolia, Vassobia breviflora, and Withania somnifera [11]. Withania somnifera, a multipurpose medicinal plant is a rich reservoir of pharmaceutically active triterpenoids that are steroidal lactones known as withanolides. W. somnifera is widely distributed around the world and is mainly adapted to xeric and drier regions of tropical and subtropical domains, ranging from the Canary Islands, the Mediterranean region and Northern Africa to Southwest Asia [12]. Long ago ,a Solanaceae plant, Flos Datura, together with Buddhism, was introduced from India to China and then widely distributed in the South and north of the country. Li Shizhen, a Chinese medical scientist in the Ming Dynasty, recorded in detail the efficacy and character of the Flos Datura in the Compendium of Materia Medica, and tested the medicine with his own body. Chinese scholar yang, et al. found nine new anti-inflammatory withanolides from the leaves of Flos Daturae [13].

Despite the development of a wide variety of anticancer drugs, the global incidence of various cancers, and the mortality thereof, is still on the rise. The number of cancer-related deaths is presumed to increase by two-fold in the next 50 years [14]. Different kinds of solanol lactone can show differences in anticancer activity and target, but anticancer is their common pharmacological characteristics [15]. NF-κB is a classic signal pathway for tumorigenesis [7,16,17]. A crosstalk between TP53 and NF-κB pathways was involved in the regulation of mitochondrial fission-mediated cell survival [18]. Owing to recent advances in molecular biology, investigators have begun unraveling essential oncogenic pathways in carcinogenesis, potentiating an era of chemotherapy in which it is possible to theorize cancer specific targets. It has been repeatedly demonstrated that a variety of malignancies have aberrant or an elevated expression of intermediate filaments keratin(type I or II), nestin (type VI), and vimentin (type III) [19-24]. The type III Intermediate Filaments (IFs) are essential cytoskeletal elements of mechanosignal transduction and serve critical roles in tissue repair [25]. Although no potential antineoplastic agent has been identified to specifically target aberrant keratin or nestin levels in malignant cells, withanolides have shown promise as a potent type III intermediate filament inhibitor. Withaferin A has been shown to potently inhibit a variety of proteins, with the most notable target being vimentin and other type III intermediate filaments [26-30] (Figure 2). In addition to its affinity for intermediate filaments, withaferin A has been shown repeatedly to inhibit angiogenesis by inhibiting the NF-κB signaling pathway [29-33]. Withaferin A can also suppress estrogen receptor-α expression in human breast cancer cells [34], another report is by inhibiting the STAT3 signaling pathway [35]; Meanwhile, withaferin A promotes bone formation by inhibiting NF-κB pathway in the treatment of ovariectomized osteoporosis models [36], implied the potential role of withaferin A and estrogen. Withaferin A also elicits antineoplastic activity in a considerable variety of cancer cell lines by directly inhibiting neoplastic growth, including carcinomas of the head and neck, ovaries, and thyroid, as well as glioblastoma multiforme and melanoma [33,37-40]. 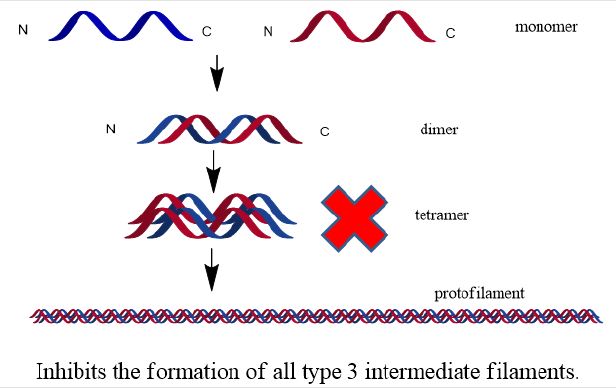 Owingto its notable anti-angiogenic activity, withaferin A has demonstrated significant synergistic effects with the multikinase inhibitor sorafenib [41], suggesting that withaferin A may be a viable supplement for renal cell carcinomas, and other malignancies notably affected by the inhibition of neoplastic angiogenesis. It should also be noted that withaferin A, withalongolide A (a 19-hydroxy derivative of withaferin A), and several other closely related congeners may influence signaling regulated by the PI3K/ AKT/mTOR pathway. These congeners suppress RET and Akt phosphorylation and protein expression, as well as inhibit mTOR activity, the translational activity of 4EBP1, and protein synthesis mediated by p70S6 kinase activation in neoplastic cells [patientderived medullary thyroid carcinoma cells, as well as human and murine glioblastoma cells in vitro [42,43]. These data indicate a potential synergistic relationship between withanolides and mTOR inhibitors currently used in the clinical setting, and warrant further preclinical investigation. Physalin A, a bioactive withanolide derived from Physalis alkekengi, used in traditional Chinese medicine, exerts anti-tumor activity in non-small cell lung cancer cell lines by suppressing JAK/STAT3 signaling [44].

Inflammation, it was Rudolf Virchow, a German physician in nineteenth century who suggested a link between inflammation and cancer, cardiovascular diseases, diabetes, pulmonary diseases, neurological diseases, skin diseases and other chronic diseases. It is reported that withaferin A can directly destroy the two-dimer structure of NF-κB [45], inhibits the activity of DNA-binding, inhibits the NEMO/IKKβ association complex formation [46], or by directly targeting the catalytic kinase activity of IKKβ [47]. It suggests that Withania somnifera leaf water extract inhibits microglial activation and migration and may prove to be a potential therapeutic candidate for the suppression of neuroinflammation in the treatment of neurodegenerative diseases [48]. Kallol Dutta,et al. tested an extract of W. somnifera that had the potency to reduce in a dosedependent fashion the activity of NF-κB P65–luciferase reporter in the microglial cultured BV2 cells [49]. Withania somnifera water extract reduces LPS-induced NF-κB activity in DI TNC1 astrocytes [50]. Withaferin A may be an eligible candidate for the treatment of neuroinflammatory and stress conditions characterized by an important astrocytic input [51]. Perhaps inhibiting mitochondrial oxidative stress is the initial role of withanolides [52].

In addition to Withaferin A, many of the withanolides are isolated from Solanaceae plants [11,53,54]. Through the understanding of the anti-tumor and anti-inflammatory effects of Withaferin A, we can find the pharmacological characteristics of withanolides. First, the anti-cancer and anti-inflammatory effects are more through the NF-κB pathway; secondly, the combination of anti-proliferation and pro-apoptosis; finally, the bi-directional regulation of cytotoxicity and cell protection (Figure 3). Structure determines efficacy. Based on their pharmacological generality, withanolides may have multiple functions, such as anti-inflammatory, antiproliferation, promoting apoptosis, and inhibiting angiogenesis. Psoriasis, a chronic inflammatory dermatosis, which contains all the characteristics of the autoimmune disease [55], and it needs a highly effective and inexpensive drug containing all of the above functions. The two signaling pathways of NF-κB and STAT3 have been proved to play an important role in the pathological process of psoriasis [56-58], and there may be interactions between them [59,60]. In the clinical application of traditional Chinese medicine, the extract of Flos Daturae has achieved exact effect in the treatment of psoriasis [61-63] (Figure 4). It is preliminarily believed that the substance base of this effect is withanolides. The Relationship of its structure-activity still needs further study. 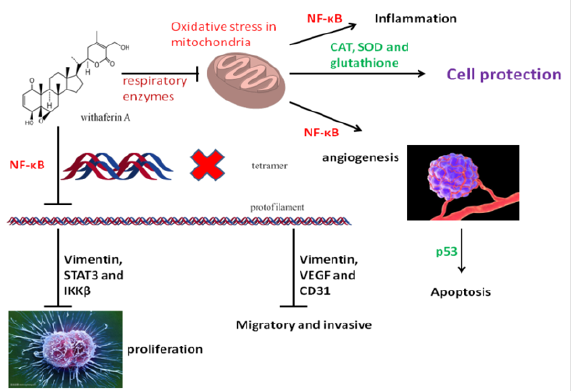 Figure 3: A schematic diagram of the pharmacological action of withaferin A. 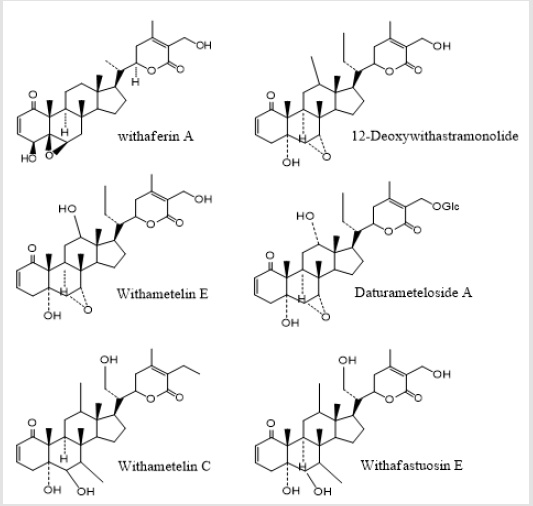 Figure 4: Withaferin A and part of withanolides separated from the Flos Daturae.

Withanolides is a class of active compounds widely found in Solanaceae plants. In traditional applications, it has a long history and a wide range of functions. With the progress of drug structure and pharmacological research, more and more reports point to its excellent anticancer effect. Solanaceae is widely distributed, providing a large number of sources for the structure and pharmacological research of its natural products. At the same time, in the light of market demand, the circulation of such medicinal materials is enormous. Based on the pharmacological action of inhibiting NF-κB signaling pathway, withanolides has become a research hotspot in natural medicine. Perhaps combining traditional clinical practice will point out a new research direction to provide basic information for the development of new drugs for difficult cases.