Purpose: Nasopharyngeal Carcinoma (NPC) has distinct TNM stages whose properties and influences on prognosis are not fully understood. This study aimed to analyze the relevant clinical characteristics of NPCs with various invasion types based on Magnetic Resonance Imaging (MRI).

Methods: A total of 817 newly diagnosed NPC patients without distant metastasis were included and underwent MRI. The patients were divided into four groups according to the invaded anatomic region: Local, Upward, Downward, and Extensive. Then, the ages, genders and clinical stage distributions were summarized. The Overall Survival (OS), Distant Metastasis-Free Survival (DMFS), and Local Relapse-Free Survival (LRFS) rates were assessed.

Conclusion: The upward and downward types of NPC are significantly associated with OS, DMFS, and LRFS and are independent prognostic factors for survival.

Nasopharyngeal Carcinoma (NPC) is the most common malignant neoplasm of the nasopharynx. The World Health Organization classifies NPC into 3 histologic subtypes: keratinizing squamous cell carcinoma (type 1), differentiated non-keratinizing carcinoma (type 2) and undifferentiated non-keratinizing carcinoma (type 3) [1]. Magnetic Resonance Imaging (MRI) is the imaging modality of choice for tumor evaluation and nodal assessment in NPC patients [2-5]. According to the Union for International Cancer Control (UICC) and the American Joint Committee on Cancer (AJCC) TNM staging system [6], tumors that extend into the T3-T4 or N2-N3 structures are classified as advanced-stage (stage III or IV). The US National Comprehensive Cancer Network guidelines recommend that patients with advanced-stage NPC should receive concurrent chemoradiotherapy. However, Mao YP, et al. [7] reported large variations in the clinical outcomes of patients with the same stage who underwent similar treatment regimens. Chen L et al. demonstrated that adjuvant cisplatin and fluorouracil chemotherapy does not significantly improve failurefree survival after concurrent chemoradiotherapy in locoregionally advanced NPC [8]. These findings suggest that different invasion types of advanced NPC might have various outcomes under current treatment strategies. Therefore, it is important to further define and characterize the various TNM stages to improve prognoses and therapeutic choices. We hypothesized that upward or downward progression, as additional anatomical measures that are widely used in Traditional Chinese Medicine (TCM) [9], might provide valuable information for individualized treatment regimens for advanced-stage NPC patients. Therefore, this study aimed to assess the clinical characteristics of various invasion types of NPC based on MRI. Our findings indicated that upward and downward types of NPC are significantly associated with OS, DMFS, and LRFS.

This retrospective study was approved by the Institutional Review Board of the unit of the research. Written informed consent was obtained from all patients. Between January 1, 2003 and March 1, 2005, 838 newly diagnosed NPC patients were enrolled. The inclusion criteria were as follows: 1) NPC diagnosis by pathology and no treatment, and 2) nasopharyngeal and neck MRI examination, clinical nasopharyngeal endoscopy, blood examination, and chest and abdominal CT examination pretreatment and during the followup after treatment initiation. Patients with acute inflammation or concurrent head and neck other neoplasms, and distant metastasis were excluded, as were those patients with incomplete clinical data. All lesions were restaged as previously proposed [3].

The MR images were independently evaluated by two experienced radiologists, and disagreements were resolved by consensus. The determination of cervical lymph node metastasis was performed according to a previous report [10]. Skull-base invasion was diagnosed as described previously [13,14]. The 817 included patients were divided into the following 4 groups: Local (local-regional type; tumors localized within the nasopharynx without upward or downward spread; T1-T2 and N0-N1, Stages I and II ), Upward (upward progressing type; tumors spread upward with skull-base invasion but without downward progression; T3- T4 and N0-N1), Downward (downward spread type; tumors spread downward with enlarged neck lymph nodes but without upward spread; T1-T2 and N2-N3), and Extensive (extensive spread type; tumors extensively spread with upward and downward progression; T3-T4 and N2-N3).

The followup duration was from treatment initiation to death or the latest examination (quarterly in the first 2 years and every 6 months thereafter). The responses of the tumors and lymph nodes to treatment, including tumor resolution, residual primary tumors, local recurrence, and distant metastases, were assessed by MRI, flexible nasopharyngoscopy, physical examination, and/or biopsy.

Of the 838 enrolled patients, 21 were excluded (distant metastasis, 17; acute inflammation or concurrent head and neck neoplasms, 2; and incomplete data, 2). The remaining 817 eligible cases were assessed (Figure 1). 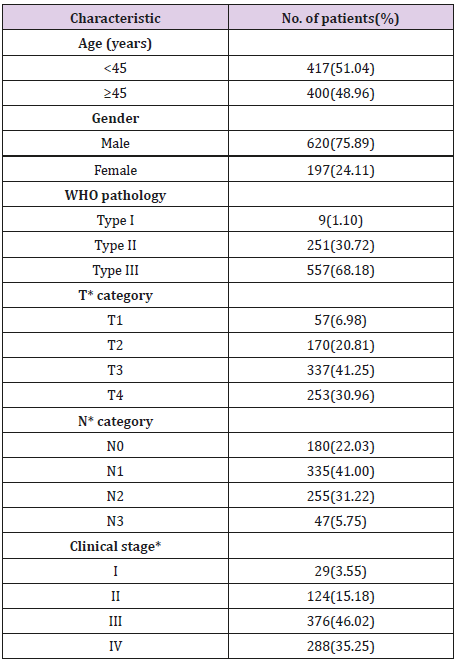 Table 1: Clinical characteristics of the 817 NPC patients included in this study. 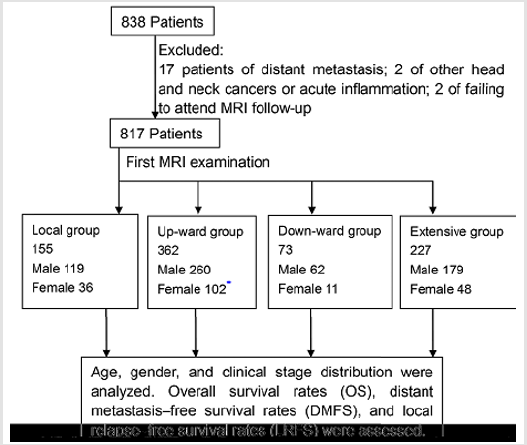 Table 2: Gender, age, and stage distributions of the 817 NPC patients included in this study. 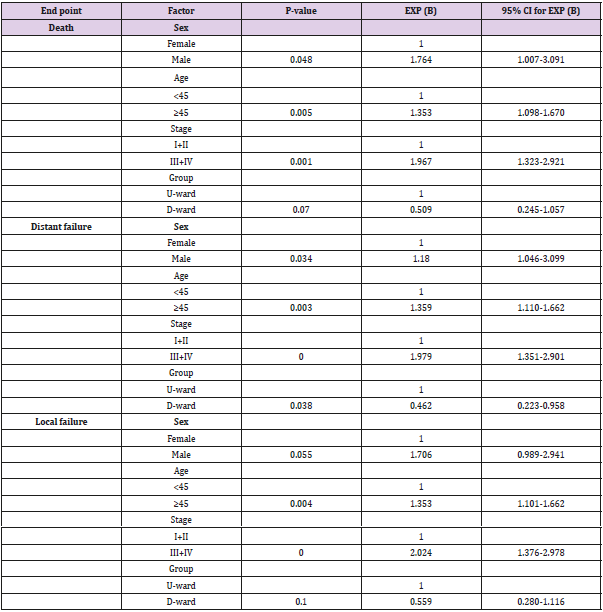 Table 3: Multivariate analysis of the prognostic factors of NPC patients. 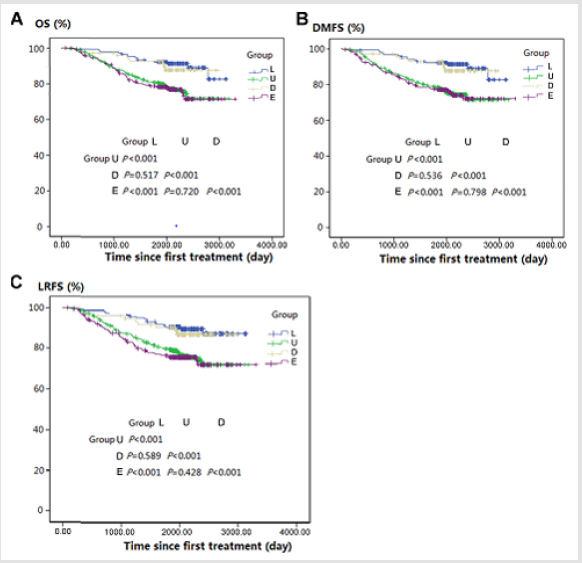 Figure 2: Patient prognoses based on upward or downward progression types.

A. Kaplan-Meier curves for Overall Survival (OS),
B. Distant Metastasis-Free Survival (DMFS), and
C. Local Relapse-Free Survival (LRFS) for the 817 patients included in this study.

Comparison of the Upward and Downward groups among stage III patients 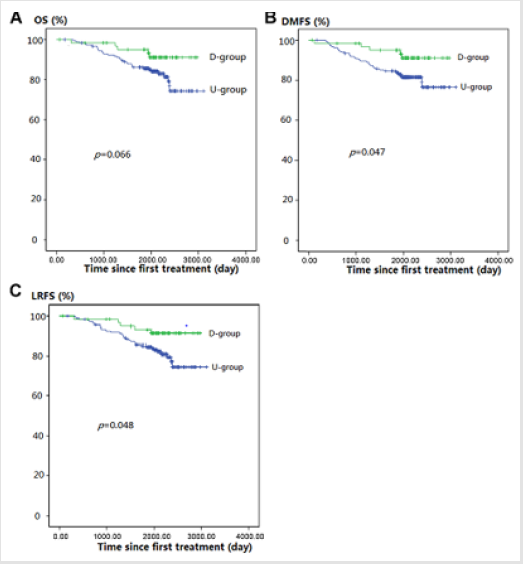 A. Kaplan-Meier curves for overall survival (OS),
B. Distant metastasis-free survival (DMFS) and
C. Local Relapse-Free Survival (LRFS) for the 817 patients included in this study.

Invasion Type Is an Independent Risk Factor for Survival

Several prognostic factors for NPC have been proposed, including T classification and other clinical and molecular prognostic variables [16]. The gross tumor volume of the nasopharynx is considered a good prognostic factor [17-19]. Lu LX et al. [20] demonstrated that combining tumor volume and pretreatment EBV DNA level further improves the accuracy of prognostic evaluation. Ou Yang PY et al. [21] evaluated the body mass index and survival of NPC patients by propensity-matched analysis. Several molecular biomarkers for NPC diagnosis and prognosis have been investigated, including tissue- and blood-derived factors [22]. For example, the expression of two tissue-based microRNAs is associated with survival and distant metastasis in NPC [9,23]. Other circulating biomarkers have been identified in patients with NPC. These include EBV-encoded factors, such as LMP1 and Bam H1 reading frame 1 proteins [24], and noncoding RNA molecules, such as EBER1, EBER2, and BART microRNAs [25,26].

However, further validation is required before clinical implementation. Moreover, the perfusion fraction and pseudodiffusion coefficient have been demonstrated to be independent predictors of T staging, while pure diffusion independently predicts N staging in NPC [27]. In addition, quantitative dynamic contrastenhanced Magnetic Resonance Imaging (DCE-MRI) parameters are significantly related to clinical stage in NPC [28]. Although much has been proposed regarding NPC development and progression, much remains unclear [22]. Only two Chinese studies have assessed the upward and downward spreading types of NPC. Liang WJ et al. [29] proposed that DIO2 gene expression is higher in the downward spread type than in its upward counterpart and may be closely related to metastasis in NPC. Moreover, Mo LG et al. [30] demonstrated that cervical lymph node metastasis is a critical factor of distant metastasis in NPC. The current study evaluated the associations of tumor spread type and outcomes from another perspective.

As demonstrated above, most advanced NPC patients (stages III or IV) displayed the upward spread type (362/664, 54.52%). Significant differences were observed between the Upward and Downward groups in the five-year OS, DMFS and LRFS rates. The Upward group had poorer prognoses that were similar to those of the Extensive group. Moreover, the prognoses in the Downward group (including advanced-stage patients) were more favorable and similar to those of the Local group (stage I or II) patients (Figure 2). No significant differences were found between the upward and extensive types or between the downward and local-regional types. These findings revealed that the upward and extensive spread types have similar prognoses as do the downward and local-regional types. Therefore, the use of upward or downward progression may further help to achieve more appropriate prognoses and design individualized treatments when combined with existing staging systems. In this study, the clinical staging of NPC patients depended only on the T-classification and not on the N-classification, and the findings are inconsistent with the current AJCC/UICC tumor staging system for NPC. This inconsistency is likely because the treatment modalities for NPC have greatly advanced.

The aim of the AJCC/UICC staging system for NPC is to guide prognosis, propose treatment planning, and assess outcomes while providing the convenience of data sharing between various clinical and research centers. With advances in diagnosis and treatment strategies, the staging systems for malignant tumors should be revised and improved. Hence, for consistency with hazard consistency, hazard discrimination, and prognosis prediction, we propose that NPC classification might include upward or downward progression as an additional metric. The current retrospective study has several limitations. First, the grouping was based on the invasion types according to MR imaging, which contrasts with the previous literature. Therefore, this method should be validated. Second, the use of 5-mm-thick slices in MRI could lead to omitted information. Finally, advanced NPC patients underwent different treatment modalities, which might have affected the treatment outcomes.

In conclusion, there were more female patients in the Upward group than in the Downward group. The patient age in the Upward group was slightly elevated compared with that in the Downward and Extensive groups. Different invasion types of NPC were significantly associated with OS, DMFS, and LRFS. The prognosis of the Upward group was poorer than that of the Downward group. The current findings suggested that each invasion type of advanced NPC probably exhibits an individual biological heterogeneity. We propose to include invasion type in a comprehensive algorithm for NPC patient classification. This process might help to identify proper treatment regimens and improve the hazard discrimination and consistency of the current AJCC/UICC staging system in the next revision of NPC.

Purpose: Nasopharyngeal Carcinoma (NPC) has distinct TNM stages whose properties and influences on prognosis are not fully understood. This study aimed to analyze the relevant clinical characteristics of NPCs with various invasion types based on Magnetic Resonance Imaging (MRI).

Methods: A total of 817 newly diagnosed NPC patients without distant metastasis were included and underwent MRI. The patients were divided into four groups according to the invaded anatomic region: Local, Upward, Downward, and Extensive. Then, the ages, genders and clinical stage distributions were summarized. The Overall Survival (OS), Distant Metastasis-Free Survival (DMFS), and Local Relapse-Free Survival (LRFS) rates were assessed.

Conclusion: The upward and downward types of NPC are significantly associated with OS, DMFS, and LRFS and are independent prognostic factors for survival.