We investigate a wideband optical frequency comb generator based on multi-laser sources and a single-stage Mach-Zehnder modulator. The generated comb lines were successfully increased as compared with a single laser.

Optical frequency comb generators (OFCG) can offer many attractive applications such as optical communications [1], radio over fiber [1], coherence optical orthogonal frequency-division multiplexing (CO-OFDM) [2], metrology [3] and physics research. The major advantage of the optical frequency comb is the high stability, low noise, low jitter and the fixed frequency spacing which makes it very useful for all these applications. The most popular way of generating a frequency comb is with a mode-locked laser (MLL) [4]. Unfortunately, this conventional approach has a weak stability because of the long-length cavity. This approach is influenced by the environment conditions and the fixed frequency spacing which depends on the cavity length. Other techniques based on semiconductor lasers and high non-linear optical fibers have also been reported [5]. They use photonic crystal fibers for generating new frequencies by four-wave mixing (FWM) and Kerr nonlinearity, using a high optical power to induce non-linear effect in the fibers.

Recently, optical modulation has been used to realize OFCG signals that overcome some of the limitations mentioned above, providing stable and precise optical frequencies with tunable spacing. Optical comb sources based on modulators are good candidates for flexible and stable sources as a result of their operating principle which works without a cavity. A Mach-Zehnder modulator (MZM) approach has been used and demonstrated [6]. The comb spacing, and the bandwidth can be varied by the frequency and the power of an RF signal. The only disadvantage of this technique is mainly due to the limited number of generated comb lines. In order to broadband these comb signals, non-linear optical fibers are typically used. However, this technique requires a high optical power which generates noise and produces nonstability in the comb signal. Recently, other techniques have been proposed and demonstrated using an MZM with an optical feedback loop [7]. In this paper, we propose a new technique to increase the generated comb lines by using multi-laser sources injected simultaneously into an MZM. We also provide a simple equation to define correctly the wavelength of each laser source in order to duplicate the comb signal without a gap. The preliminary results show the multiplication of the generated comb lines as a function of the number of launched laser sources.

This section describes the principle of a flattened OFCG based on a single stage MZM. A conventional dual-drive-type MZM fabricated on a LiNbO3 crystal is commonly used to produce multiple sideband on both sides of the center wavelength by optical modulation. As shown in Figure 1a & 1b, the MZM is driven by two sinusoidal RF signals with a slight difference in the amplitude. An electrical sinusoidal waveform is used to modulate the launched CW laser source in both arms of the MZM. Subsequently, the optical signals, obtained from the two arms, are recombined to generate relatively flat comb lines. The spectral spacing and the bandwidth are governed respectively by the RF frequency and the RF power. Flat comb signals were obtained when the condition given by the equation below is satisfied [7] (Figure 1).

MZ-FCG with Single and Multi-Laser Sources

In this section we describe the basic configuration of the MZFCG and our proposed system depicted in the Figure 1. The design and the simulation results are obtained using Opti wave commercial software. The first configuration presented in Figure 1a consists of a CW laser and an MZM driven by an RF sinusoidal signal of 10 GHz. In Figure 2a 32 modes were clearly observed with a good flatness, with a spectral spacing of 10 GHz. The concept of MZ-FCG, depicted in Figure 2b is the duplication of the generated comb lines achieved by a single laser source. Our idea is to generate comb lines from multi-laser sources in the operating wavelength of MZM. For this purpose, multi-laser sources and a WDM multiplexer system is added to the basic configuration. In this case, it is necessary to define correctly the center frequency of each source in order to duplicate the comb lines without gap. We define the center frequency of two successive laser sources by the Equation bellow (Figure 2).

Where fcf(k) and fcf(k−1) are respectively, the center frequency of two successive laser sources, is the number of sources, is an integer and Δ is the comb tooth spacing. 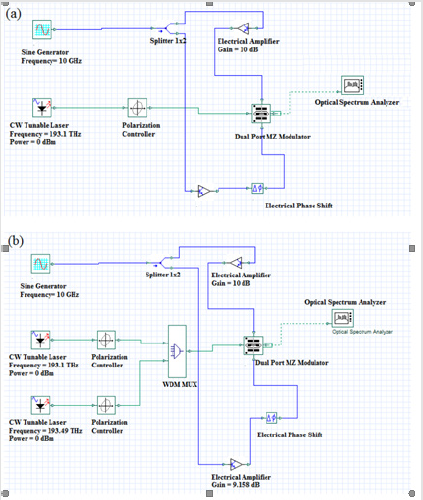 Figure 1: Simulation diagram of OFCG with single and multi-laser sources.

a) with single laser source,

b) with two laser sources and

Figure 2b shows the design of our system with two laser sources. In our simulation the frequency of the first laser source is (1) = 193.1 and according to the Eq. (2) the center frequency of the second laser source is (2) = 193.49. The simulation result for a single source is shown in Figure 2a, it is clear that 32 comb lines are generated with a good flatness. Figure 2b shows the MZ-FCG result based on two multiplexed sources, by using this configuration, the number of comb lines are duplicated. The interference between the different comb teethes which have the same frequency is governed by the phase of the first and second laser sources. In our simulation, we fix the phase of the first laser source and we adjusted the phase of the second laser to obtain a constructive interference in a way to reach a good flatness. Figure 2c shows the three multiplexed sources result, which multiplied the comb lines by three.

A new technique for generating a wideband optical frequency comb based on multi-laser sources and a single MZM has been proposed and simulated. By launching simultaneously, more than one laser source using a WDM multiplexing system, the OFCG signal bandwidth was increased.

We investigate a wideband optical frequency comb generator based on multi-laser sources and a single-stage Mach-Zehnder modulator. The generated comb lines were successfully increased as compared with a single laser.