Aim: The aim of this study was to describe the prevalence and clinical correlates of sexual dysfunction among female diabetes mellitus patients attending the National Health Insurance Scheme Clinic of a tertiary hospital in Uyo South-South Nigeria.

Sexual dysfunctions are disorders in sexual desire and in the psychophysiological changes that occur during the sexual response cycle [1]. Female sexual dysfunctions (FSD) are disorders of sexual desire, arousal, orgasm and sexual pain which lead to significant personal distress [2]. Good sexual and reproductive health and wellbeing are essential if people are to have responsible, safe and satisfying sex lives [3]. Female sexual dysfunctions though common are often under-reported [4]. Sexual dysfunction causes numerous deleterious effects on victims and their families such as loss of selfesteem, poor self-concept, mental stress, disorders in interpersonal relationships as well as problems with partners thus making sexual dysfunction a quality-of-life-issue [4,5]. Diabetes mellitus (DM) is a chronic metabolic disease caused by a variable combination of two pathogenic factors namely Insulin deficiency and Insulin resistance. It is characterized by high blood sugar (glucose) levels that result from defects in insulin secretion or its action, or both [6]. Elevated levels of glucose (hyperglycaemia) produce the classical symptoms of polyuria, polydipsia and polyphagia. In diabetes mellitus, there is disordered utilization and storage of proximate nutrients (carbohydrates, protein and fats) and reduced energy production.

Hyperglycaemia is its easily measured laboratory marker and the liability for chronic degenerative diseases in almost all body tissues. The mechanisms of sexual dysfunction among diabetes mellitus patients are complex and multifactorial and include both organic and psychological factors. According to report, Insulin resistance and the metabolic syndrome as well as visceral adiposity which are distinctive clinical traits of type 2 diabetes mellitus are associated with the development of sexual dysfunction especially in overweight and obese diabetic patients [7]. There has been increasing interest in research on sexual problems among individuals with diabetes mellitus in Nigeria [8-10]. Published reports on sexual dysfunction among female primary care diabetes mellitus National Health Insurance Scheme Clinic enrollees in Uyo, South-South Nigeria are rare in scientific literature. It is hoped that findings from this study will assist primary care providers to provide effective and evidence-based holistic care to the female diabetes mellitus patients.

Location of the Study

The study was carried out at the National Health Insurance Scheme (NHIS) clinic of the University of Uyo Teaching Hospital (UUTH) between January and June 2018. Family medicine department of UUTH operates four clinics. These are the general out-patient clinic (GOPC), the federal staff clinic, the staff medical services clinic and the National Health Insurance Scheme (NHIS) clinic. The NHIS clinic caters for the health care needs of employees of various ministries, department and agencies (MDAs) of The Federal Government of Nigeria otherwise referred to as formal sector employees [11]. The clinic holds between 8.00am and 4.00pm every week from Monday to Friday excluding public holidays. The clinic attends to adult patients undifferentiated by gender, disease or organ system. About twelve thousand (12,000) enrollees have registered with the NHIS scheme in UUTH.

The University of Uyo Teaching Hospital (UUTH) was established in 1996 as a state specialist Hospital before it was later taken over and renamed Federal medical centre (FMC) Uyo by the federal government of Nigeria. It was granted the status of a Teaching Hospital in February 2007 by the Federal Government of Nigeria. UUTH is located on the outskirts of Uyo, the capital of Akwa Ibom State and has twenty-one (21) clinical departments including Family Medicine. It is a 600-bed hospital and occupies a land mass of 43 hectares and currently serve a population of about 4 million people of Akwa Ibom and neighboring states of Cross River, Abia and Rivers in South-South Nigeria [12]. Nigeria is divided into six geo-political zones as follows: North–East, North-West, South-East, South-West and South-South. The South-South geo-political zone is otherwise referred to as the Niger-Delta region. It is one of the major oils producing areas in Nigeria.

An average of 100 patients are treated in the NHIS clinic every day, thus about twelve thousand patients patronize the clinic in 6-months. About one thousand four hundred (1400) female diabetic patients were projected to attend the clinic during the period of study which was between January and June 2018. This projection followed unpublished record obtained from the Health records department of the hospital concerning the number of female diabetic patients who attended the clinic during the same period in the previous year. These comprised all newly registered patients as well as those who returned for follow-up care. A total of 162 female diabetic patients who attended the NHIS clinic between January and June 2018 were recruited for the study. Sample Size for this study was calculated using the formula Z2pq/d2 where ‘N’ is standard normal deviation set at 95% confidence level which corresponds to 1.96, ‘p’ is the reported prevalence of sexual dysfunction among female diabetics (88.0%)9, ‘d’ is the precision which at 95% confidence interval is 5%.

The calculated sample size was 162. They were sampled from the 1400 female diabetic patients who attended the clinic during the study period. They were recruited by systematic sampling method with a sampling interval of nine. Numbers ranging from one to nine were assigned to the first nine respondents who met the inclusion criteria. The first respondent was chosen by simple balloting which was done by randomly picking one of the numbers from a basket containing the assigned numbers. Thereafter every ninth (9th) respondent was recruited for the study. Their case notes were marked to forestall duplication of entry. Inclusion criteria included willingness to take part in the study as well as those aged between 18 years and above. Exclusion criteria included diabetic females who were pregnant, or those with emergency diabetic complications who needed urgent intervention as well as those who were below 18 years of age. Ethical approval for this study was obtained from UUTH institutional review committee. A pre-test of the research questionnaire was performed in order to determine its applicability, experience and logistic problems. This was a prospective cross-sectional study conducted between January and June 2018.

A semi-structured and pre-tested interviewer-administered questionnaire was used to obtain information about sociodemographic characteristics of the respondents such as age, marital status, highest level of education attained, income (in Nigeria Naira denomination) using the approved wage structure in the Nigerian public service [13]. Weight of respondents was measured in kilograms(kg) to the nearest 0.5kg using a hanna-calibrated bathroom scale, model BR 9011. Each subject was weighed wearing light clothing without shoes or stocking. The height of each subject was measured using an improvised wooden stadiometer mounted on vertical wall with the respondent standing erect against the wall on a horizontal floor without shoes. The head was placed so as to ensure that the external auditory meatus and the angle of the eye were on a horizontal line. The height was measured in meters to the nearest 0.1cm. Body mass index (BMI) was calculated [14]. Normal weight was defined as BMI of 18.0 – 24.9 kg/m2, overweight as BMI of 25.0–29.9kg/m2 while obesity was defined as BMI of > 30.0 kg/ m2 [15,16].

Diabetes mellitus was diagnosed based on the 2011 revised criteria of the expert committee on the diagnosis and classification of diabetes mellitus which recommends the diagnosis of diabetes mellitus based on two fasting plasma glucose (2FPG) levels of 126 mg/dl (7.0mmmol/l) or higher or two 2-hours post prandial glucose 2-hppg reading of 200mgldl (11.1mmol/l) or higher or glycosylated Hemoglobin (HbAIc) of > 6.4%. Blood sugar was considered to be poorly controlled if the glycosylated hemoglobin was > 6.4% at the time of enrollment for the study [17]. Body mass index and glycosylated hemoglobin were used to evaluate the metabolic profile of respondents. Nephropathy was diagnosed by increased urinary albumin excretion in the absence of other kidney diseases [18]. Neuropathy was diagnosed following American Academy of Neurology criteria [19]. Hypertension was defined as having a previous physician’s diagnosis of hypertension or persistent elevation of Blood pressure of greater than 140/90 mmHg. Sexual dysfunction among the female respondents was assessed using the female sexual function index [FSFI] questionnaire. The FSFI is a brief 19-item self-report measure of female sexual function [20]. It was designed to assess the key dimensions of female sexual function in clinical practice. 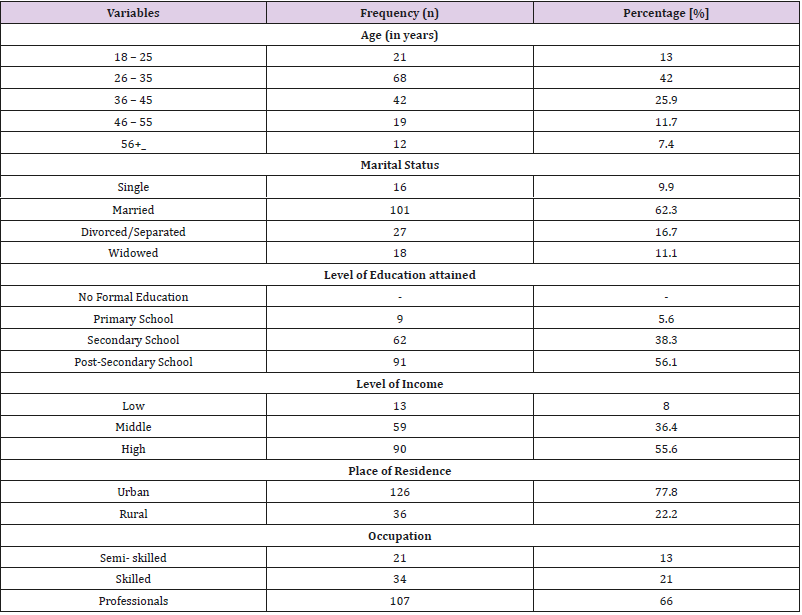 Table 1: Characteristics of the study population. 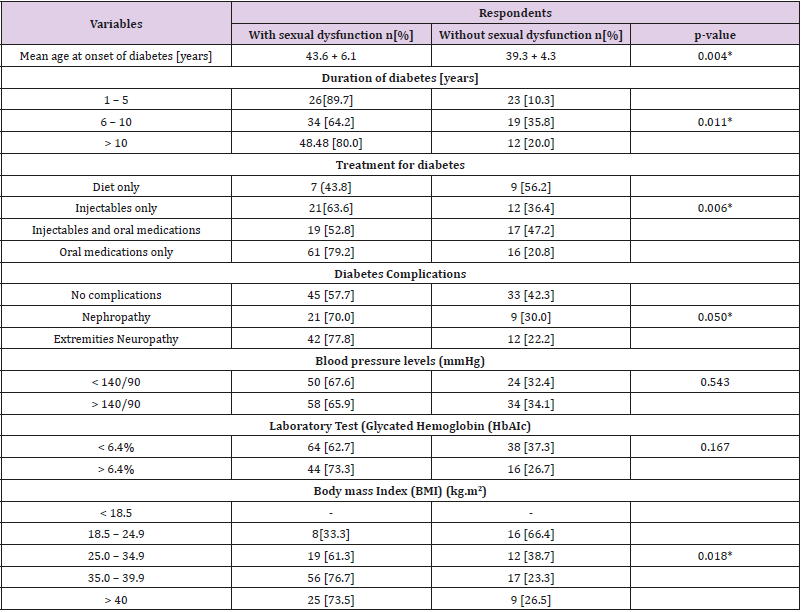 Table 2: Clinical characteristics, treatment options and complications among respondents with and without sexual dysfunction. 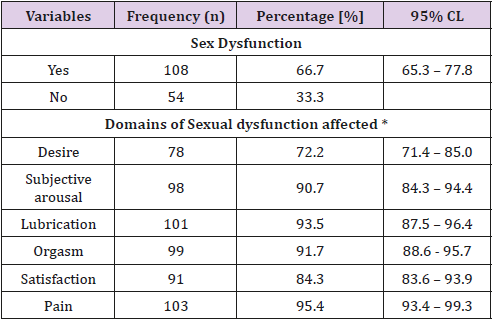 Table 3: Prevalence and impairment in domains of sexual dysfunction among respondents.

Findings from this study show that sexual dysfunction was common among female respondents with diabetes mellitus. The prevalence of sexual dysfunction among respondents in this study was 66.7%. This is high compared to the prevalence of 6.6% earlier reported among patients attending diabetes clinic of a teaching hospital in Benin City, South – South Nigeria. It is, however, comparable to the prevalence of 77.5% reported among female diabetic patients attending a general outpatient specialist clinic in Lafia, North-Central Nigeria.

It is higher than the prevalence of 53.5% reported among female respondents in a university community in Enugu, South- East Nigeria. The differences in the reported prevalence rates among different workers might be due to differences in the study design as well as the population studied. Whatever might be the reason, it is important to note that sexual dysfunction is common among women with diabetes mellitus due perhaps to organic impairment or fears arising from non-acceptance of the disease condition [8,10,24].

In conclusion, our study shows that diabetes mellitus is associated with sexual dysfunction. Primary care givers should explore the presence of sexual dysfunction among female diabetic patients with a view to addressing this issue during consultations so as to offer adequate treatment and counselling as may be required. This is particularly important since sexual dysfunction can exert a huge psychological burden on the patient with consequent negative impact on the marital relationship, family and quality of life of the patient. The limitation of this study is that potential confounders such as psychogenic factors and blood pressure medications were not addressed in this study. Moreover, because of lack of facilities it was impossible to characterize the respondents into type 1 or type 2 diabetics.

Aim: The aim of this study was to describe the prevalence and clinical correlates of sexual dysfunction among female diabetes mellitus patients attending the National Health Insurance Scheme Clinic of a tertiary hospital in Uyo South-South Nigeria.