Chia features interesting nutritional and technological properties and therefore has been incorporated into different types of meat products. Particularly, it has been used to develop new lipid materials based on chia emulsion gels which have enormous potential as animal fat replacers in the development of healthier meat products. This lipid material contributes to achieving meat products with optimal technological and organoleptic properties and improved lipid content. These products also contain other bioactive compounds such as minerals, dietary fiber, etc. which in some cases allow nutritional and health claims within the framework of European legislation.

Sensitivity to public health issues worldwide has been growing over the past year and, as a consequence, the demand for functional food with multiple health benefits is on the rise. Salvia Hispanica L, commonly known as chia, is an example of a traditional food, native to northern Guatemala and southern Mexico, whose consumption is increasing due to its numerous health benefits. In 2009, chia seed was considered a novel food under Regulation (EC) No 258/97 of the European Parliament [1]. Its nutritional value derives mainly from the high concentrations of essential fatty acids (mainly α-linolenic fatty acid), dietary fiber, proteins of high biological value, antioxidants, vitamins, carotenoids and minerals. Another key feature of chia seed is that it is gluten free [2]. Chia also promotes nutrition by raising the satiety index thus helping to prevent cardiovascular disease, diabetes and other disorders [2,3]. Moreover, the incorporation of chia to food products not only improves nutritional and health properties but can also confer interesting technological properties that include, among others, high water-holding capacity and emulsification and gelling activity [2,4,5].

Chia can be used as whole chia seeds and chia flour, soaked in water or dry depending on the application. Whole chia seed can be consumed directly by adding them to salads, yogurt or beverages and, in both whole seed and flour form, can also be used as an ingredient in the elaboration of healthy foods [6]. Meat products have been fortified with chia to improve their nutritional profile while taking advantage of its technological properties during processing. By way of example, a chia by-product (defatted chia flour) has been added in differing proportions directly to hamburger as a way to increase its α -linolenic content [7]. The direct incorporation of chia seed (1%) in low fat restructured ham-like products not only enhanced nutritional composition but also improved physico-chemical and sensorial properties [8]. Chicken nuggets containing 10% chia flour were considered acceptable from a sensorial perspective and technological characteristics such as hardness, cooking yield and water activity were similar to those of control samples [9]. With respect to its technological properties, some authors [10] studied the effect of chia seed extract at concentrations of 0%, 1%, 1.5% and 2% as an antioxidant in fresh pork sausage with favorable results.

Meat products in general contains a high amount of animal fat that not only increases their energy value but also raises levels of saturated fatty acid (SFA), cholesterol, etc. which have been linked to chronic disorders (obesity, cardiovascular disease and some forms of cancer) [11]. Novel proposals for oil stabilization and structuring to create a plastic fat as an emulsion gel, which retains solid-like properties while featuring a healthier fatty acid profile, offers interesting possibilities for use as animal fat replacers in the reformulation of lipid healthier meat products [12]. An emulsion gel is defined as an emulsion with a gel-like network structure and solid-like mechanical properties [13]. The initial stage in emulsion gel formulation usually consists of producing a protein-stabilized emulsion that involves the incorporation of an emulsification stabilizer (protein, polysaccharide, surfactant, etc.) and a lipid phase composed of a healthy fatty acid oil or mix. This emulsion is then converted into an emulsion gel using different procedures such as the addition of cold gelling agents which establish a continuous network responsible for the functional properties of emulsion gels [13]. Chia offers interesting possibilities in the development of emulsion gels due to its high protein content (20-22%) and mucilage, described with emulsifying, gelling and stabilizing effect [4,14]. 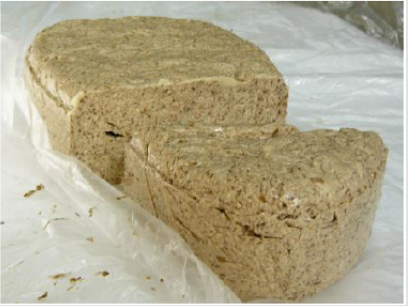 Given these nutritional improvements, products could be labeled with a variety of nutritional and health claims under Regulation (EC) No 1924/2006 and Regulation (EU) 432/2012 [17,18] & (Table 1). Besides the nutritional aspects, these reformulation strategies entail changes in the technological characteristics of the products, improving some such as water and fat binding properties. Furthermore, although differences were detected in the sensory attributes of reformulated frankfurters, panelists judged them to be acceptable from a sensorial perspective [15,16]. Emulsion gels have proven to be especially suitable in improving fat content in some fresh meat products such as patties, fresh sausages, etc., where the appearance and structure of fat replacers are more important than in comminuted products as frankfurters. In this context, chia emulsion gels were incorporated to partially replace animal fat in longanizas, a popular fresh sausage in Spain [19]. No detrimental changes in their sensory or technological properties were observed in the reformulated products (Figure 3). The presence of chia emulsion gel in reformulated fresh sausages entails reduced fat and energy content allowing these products to make claims such as “reduced fat content” and “energy reduced” (Table 1) and significantly improve fat content in line with nutritional recommendations, given their low levels of SFAs and high levels of MUFA and PUFA (α-linolenic fatty acid mainly) (Figure 2). Additionally, 5.4 g chia/100 g fresh sausages contributed to a significant increase in minerals such as Ca and Mg and amino acids such as aspartic acid, serine, glutamic acid and arginine in the final reformulated products. 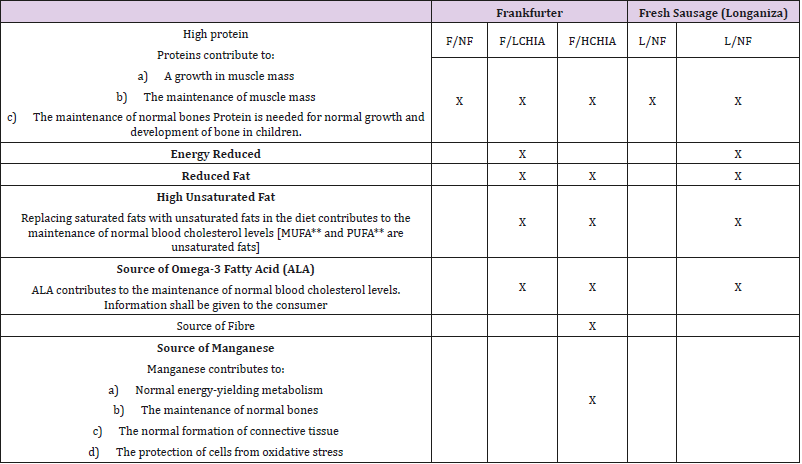 Table 1: Nutrition and health claims authorized in frankfurters and fresh sausages (longanizas) according to Regulation (EC) No 1924/2006 and Commission Regulation (EU) No 432/2012. 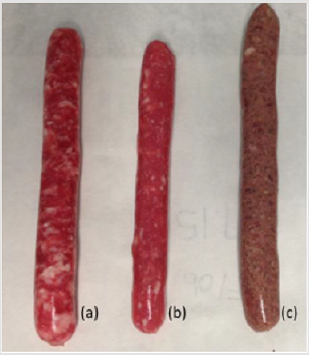 The incorporation of chia in meat products improves their nutritional profile. Moreover, due to interesting technological properties, chia could be used in the development of new lipid materials such as emulsion gels. These lipid materials have a great potential as animal fat replacers in the development of different meat products. This reformulation strategy helps produce meat products with optimal lipid content (less fat and higher MUFA and PUFA levels) and other bioactive compounds such as minerals (Ca, Mg, Mn, etc.), dietary fiber, etc. In some cases, this allows the use of nutritional and health claims under European legislation. The sensory, microbiological and technological properties of the reformulated products are similar to those of their traditional counterparts.

Chia features interesting nutritional and technological properties and therefore has been incorporated into different types of meat products. Particularly, it has been used to develop new lipid materials based on chia emulsion gels which have enormous potential as animal fat replacers in the development of healthier meat products. This lipid material contributes to achieving meat products with optimal technological and organoleptic properties and improved lipid content. These products also contain other bioactive compounds such as minerals, dietary fiber, etc. which in some cases allow nutritional and health claims within the framework of European legislation.