The crystalline lens of the eye is a transparent and biconvex structure, which is placed at the posterior chamber of the eye, between the iris and the vitreous humor [1-3]. The lens is suspended in place by the radially arranged zonules fibers. Also, is anatomically composed by a surrounding capsule, the epithelial cells, which are placed at the posterior surface of the capsule and the lens fibers, which is the main substance of the crystalline lens (cortex and nucleus). The main function of the lens is to contribute to the refraction of light and its focus on the retina. When beholding a far distance object, the image of the target on the retina is well focused and we decide to focus at a near distance object, increasing the refractive power of the eye is necessary, so as to have the image of the target on the retina always well focused (accommodation). What we know today about the mechanism of accommodation are based on the theory of Helmholtz (1856) Therefore, when looking in far distance, the ciliary body is relaxed and its diameter increases, keeping the zonules fibers tense. As a result, the curvature of the crystalline lens decreases (the lens becomes flatter).

During accommodation, the ciliary muscle decreases in diameter, while the fibers get loose. Then the elastic capsule of the crystalline lens, regains its physiological curved form. Over time, the lens loses its elasticity and become harder, inflexible and more opaque in color. As a result, the lens loses the ability of accommodation. The gradual loss of the crystalline lens clarity is the pathological eye condition of cataract and is treated surgically (Figure 1).

In our days, phacoemulsification [1-3] is the most widespread method of surgical treatment of cataract. The main advantages of this technique are the successful removal of the crystalline lens through a small incision, the reducing of the hospitalization period, the avoidance of intraoperative and postoperative complications and the accelerating of postoperative visual rehabilitation of the patient. During this technique, the nucleus of the crystalline lens gets emulsified by a ultrasonic handpiece and the crushed parts are get removed from the anterior chamber of the eye by an irrigationaspiration probe. Finally, a new intraocular lens (IOL), that replaces the crystalline lens, is placed inside the empty capsule. From the April to June of 2017, at “ATTIKON” Athens University General Clinic, a clinical study took place. The purpose of the study was to examine the evolution of the refraction of eighteen patients, during the first month after phacoemulsification surgery. Also, the study aims to investigate, if the cases that were examined developed the technique’s main advantages [4, 5-9]. Of the total of eighteen patients, eleven were women and seven were men. Their ages fluctuated between the ages of 49 and 88. They were operated by the same surgeon, who followed the same surgical process in all cases (Figures 2 & 3). 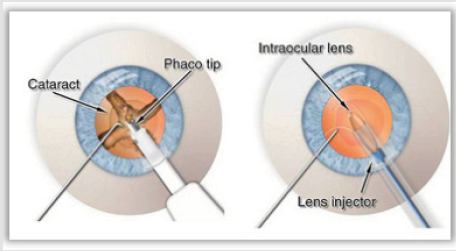 Figure 2: Presentation of crushing the nucleus and emulsification.

Figure 3: Crushing the nucleus of the crystalline lens during phacoemulsification surgery and insertion of the IOL.

Fifteen and thirty days after every patient’s surgical treatment, a check of the operated eye’s refraction was held. Special attention was paid to the evolution of visual acuity. Of all patients, two people showed findings of dry type of age-related macular degeneration, preoperatively. In the first case (No 6), this condition affected the visual acuity of the patient and remained in low levels, postoperatively. In the second case (No 11), the visual acuity of the patient improved and didn’t get affected by this pathological condition. In two people, also, appeared aspects on the Descemet’s membrane fifteen days after phacoemulsification. As a result, the first patient (No 8) ended with low visual acuity and the second patient (No 18) ended with secondary myopia, because of corneal edema. 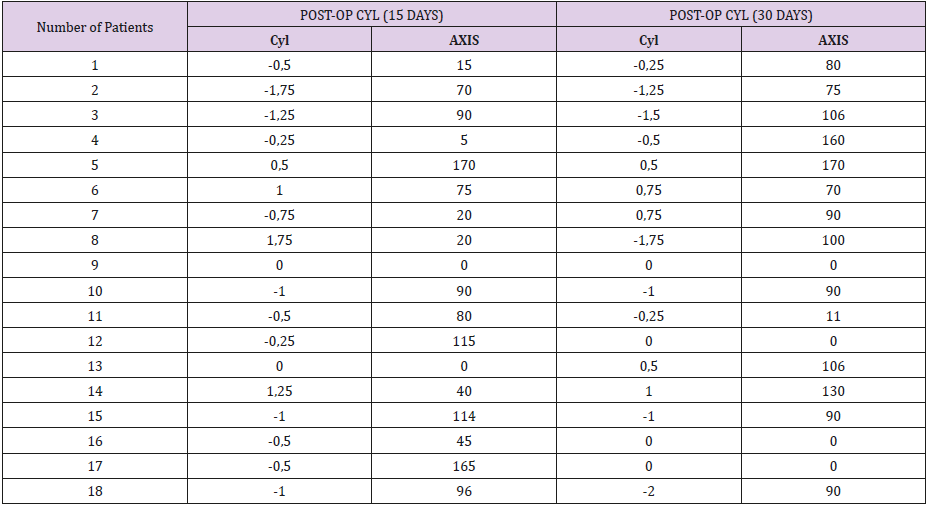 Table 1: Presentation of astigmatism changes ,15 and 30 days after phacoemulsification surgery.

Presentation of the Spherical Component of Refraction Changes

Fifteen days after the phacoemulsification, four patients developed a low myopic error, ranging from 0.25 to 0.50 D. Eight clinical cases, also, developed a zero sphere and the other six developed a low hyperopic error, from 0.25 to 0.50 D. Thirty days after the surgical treatment, the noticed changes were very small, as we were already talking about a negligible sphere. As a result, the sphere remained stable in nine of the eighteen clinical cases, decreased by 0.25 D in three cases and small increase of 0.25 – 0.50 D, was noticed in six patients.

Presentation of Visual Acuity before and after Surgery

The preoperative sphere and astigmatism weren’t included as clinical data in the study, because special attention was paid to preoperative visual acuity. That’s how the success of the phacoemulsification surgery gets more understandable in terms of restoring the visual capacity of the patients. Therefore, preoperatively, the visual acuity of the patients ranged from light perception (LP) to 5/10. Thirty days after the phacoemulsification surgery, twelve clinical cases developed very good to excellent visual acuity (9 – 10/10), as final postoperative visual acuity. In addition, six patients developed good visual acuity (7 – 8/10). There was complete visual acuity recovery even in patients who did not exceed 1/10 or LP, preoperatively, as the cataract was the only pathological problem of the eye. In six patients, visual acuity remained stable at 15 and 30 days and in twelve patients the vision improved. Also, thirty days after the surgery, in six out of the eighteen cases, there was a final improvement in visual acuity above two lines, when compared to visual acuity by applying the optimal refractive correction. Therefore, the use of corrective ophthalmic lenses has been proposed to them (Table 2). 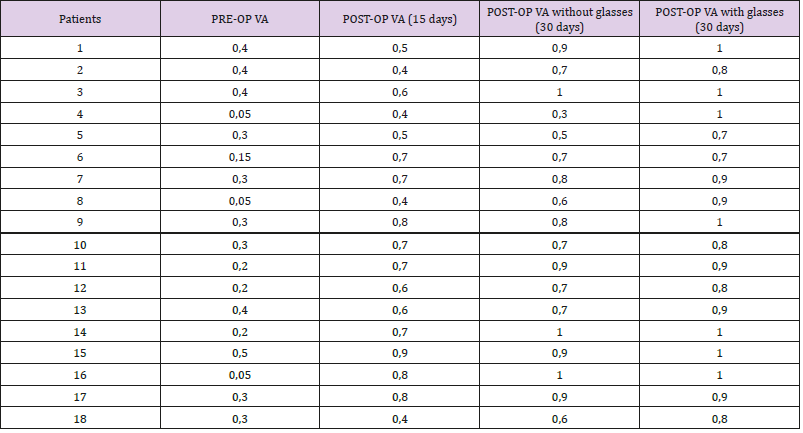 The above registration data of visual acuity, preoperatively and postoperatively, were used to perform a statistical study (Figures 4 & 5). Tables, statistics and paired T–tests for each case are listed below (Tables 3-8). 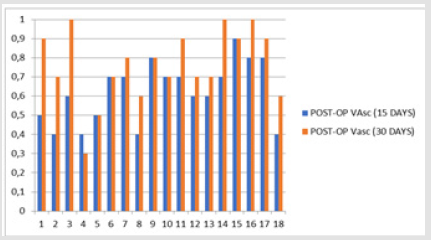 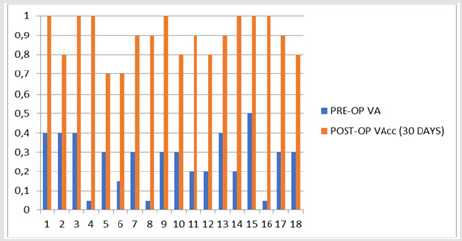 Figure 5: Changes of visual acuity pre-operative and 30 days after with glasses. 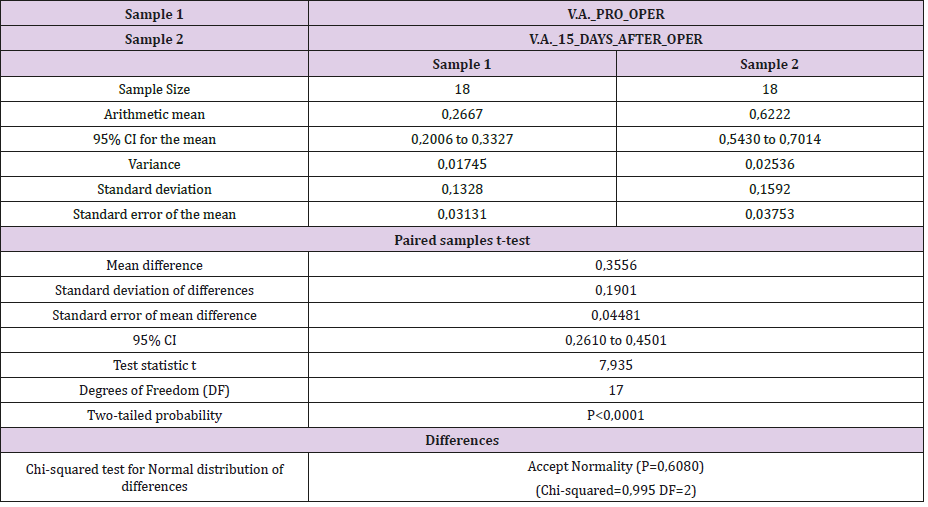 Table 4: Paired T-tests before phacoemulsification and 15 days after. 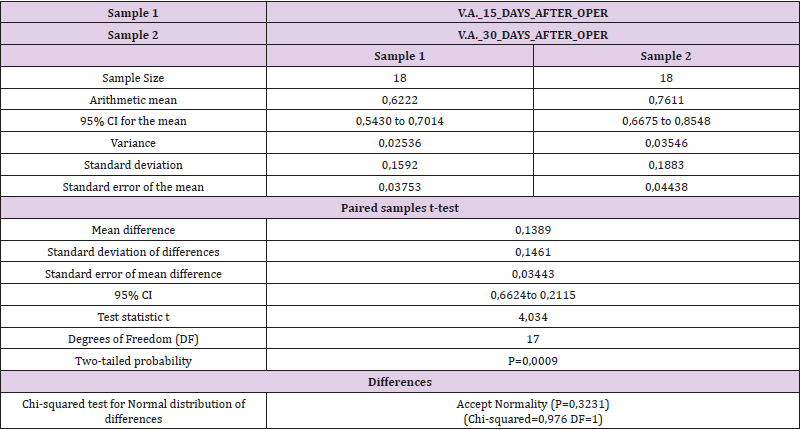 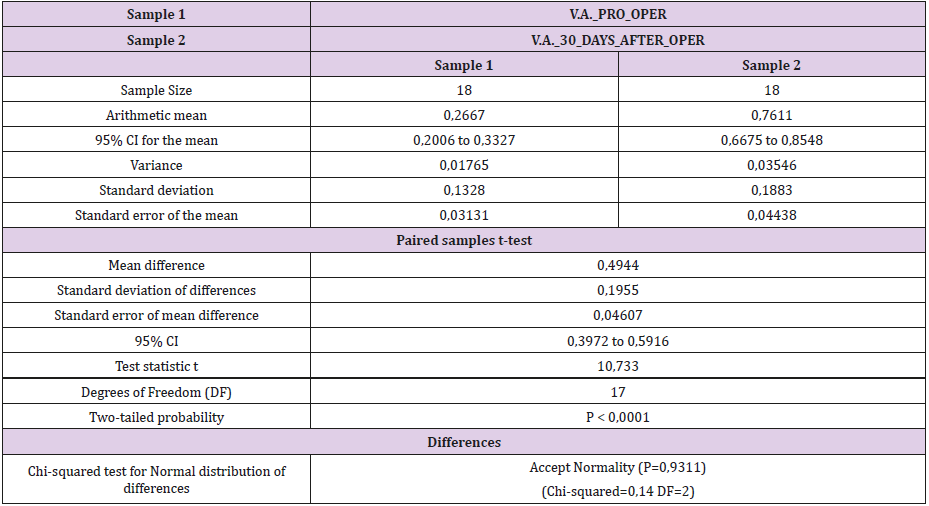 Table 6: Paired T-tests before phacoemulsification and 30 days after. 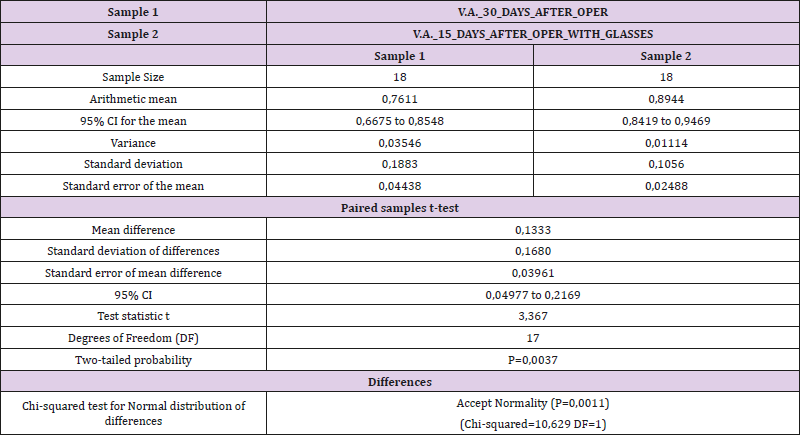 Table 7: Paired T-tests 30 days after phacoemulsification with and without applying the optimal refractive correction. 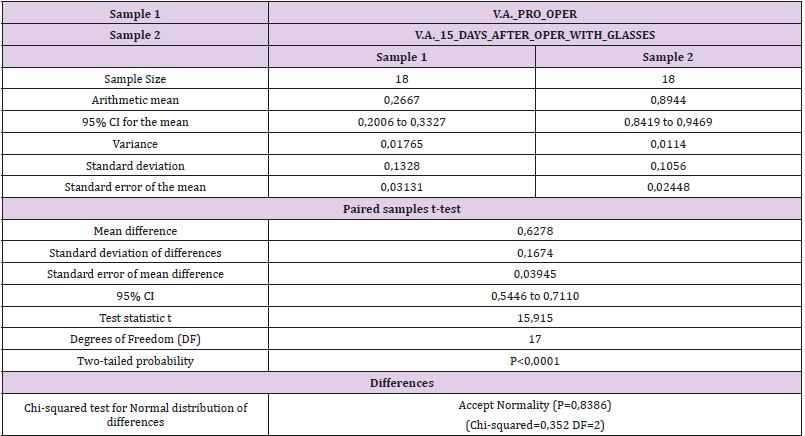 The clinical research concluded that the visual recovery of all patients was at a high level achieved without significant complications, within the first month after phacoemulsification. As a result, the phacoemulsification technique succeeded in keeping up with its promises, as better surgical treatment of ocular cataracts. This period of time was also sufficient for the eye to incorporate the IOL, heal the incisions, restore its physiology and stabilize its refraction. For this reason, the optometrist, who will be called to check the refraction of a patient who has undergone a phacoemulsification operation, must be conscious and avoid prescribing corrective ophthalmic lenses by the end of the first month.

The crystalline lens of the eye is a transparent and biconvex structure, which is placed at the posterior chamber of the eye, between the iris and the vitreous humor [1-3].